Now, if you don’t know what Nintendo Switch Online is, it’s a subscription service that not only allows you to play games over the internet, but also access two virtual consoles filled with games — specifically, SNES and NES titles. Don’t get me started about the lack of the N64 support. Now’s not the time.

Anyway, the announcement of Donkey Kong Country got me thinking about these previously AAA titles appearing for practically nothing on modern consoles. And, in turn, I wondered how much buying them all back in the day would’ve cost.

First off, we need a list of the games. Because Donkey Kong Country was on the SNES, I decided to only focus on that console in this piece. Fight me. Or ask nicely and I’ll do NES games later.

Here are all the SNES games currently on Nintendo Switch Online:

As a note, we included Donkey Kong Country even though it’s not technically released, but didn’t do the same for another upcoming game, Natsume Championship Wrestling. Again, sue me.

Next up, we need to find out how much they cost when first released. Unfortunately, there doesn’t seem to be a database of exactly how much these titles cost when they were published. For example, sites like Price Charting only go back to 2008, which is no help to us.

Instead, we have to use an average price range of SNES titles from a print issue of Electronic Games Monthly:

This means the most sensible approach is to take the average price, giving us a figure of $54.99 per SNES game. Of course, this won’t be entirely accurate, but it puts us in the right ballpark.

Working on this logic, that means the combined cost of all the SNES games when they were released was roughly $1,649.70.

But I think we can go further than that. Why don’t we adjust it for inflation? And, to make it even more accurate, do so from the original US release year of each game.

Yes, thanks for asking, that did take some time to find out.

Before I give you the figure, a couple of notes on the release dates. Both Pop’n TwinBee and Smash Tennis weren’t published in North America, but appeared in both Japan and Europe. I used this release date (1993) instead.

On top of that, Super Puyo Puyo 2 wasn’t originally released in the West, so I used its 1994 Japan date.

Finally, Star Fox 2 was cancelled because of worries it’d look shoddy in comparison to the new wave of games on the latest generation of consoles. It only saw the light of day officially as one of the SNES games on Nintendo Switch online. We used its original 1995 release date.

To adjust for inflation, I used this calculator tool. And the final spreadsheet looks like this:

Now, Nintendo Switch Online costs $19.99 every month. This means it’d take just over 145 years of subscribing to that service before you were “losing money.” And, of course, that’s only for SNES games, we haven’t taken the NES side of things into account. Or the online play.

While we’re here, we may as well compare the respective cost of the consoles too. At launch, a SNES cost $199, which would work out to $374.61 today.

The Nintendo Switch on the other hand launched at $299, which is now equivalent to $312.75. I’ve got to say, I would’ve never thought the SNES would’ve actually been a more expensive piece of machinery than the Switch.

To wrap up, yes, I know the SNES games on Nintendo Switch online aren’t worth almost $3,000. Nintendo probably made a profit on most of them back in the 90s and this is just an incentive to get some more cash, but that doesn’t matter.

This was simply a little experiment showing how value changes over time. And, importantly, I had fun. So, suck it?

Thu Jul 9 , 2020
Click here to read the full article. With summer camps closed throughout the U.S. due to the ongoing coronavirus crisis, The North Face has found a way to virtually bring the outdoors to kids everywhere. This month will mark the debut of The North Face Summer Base Camp, a free […] 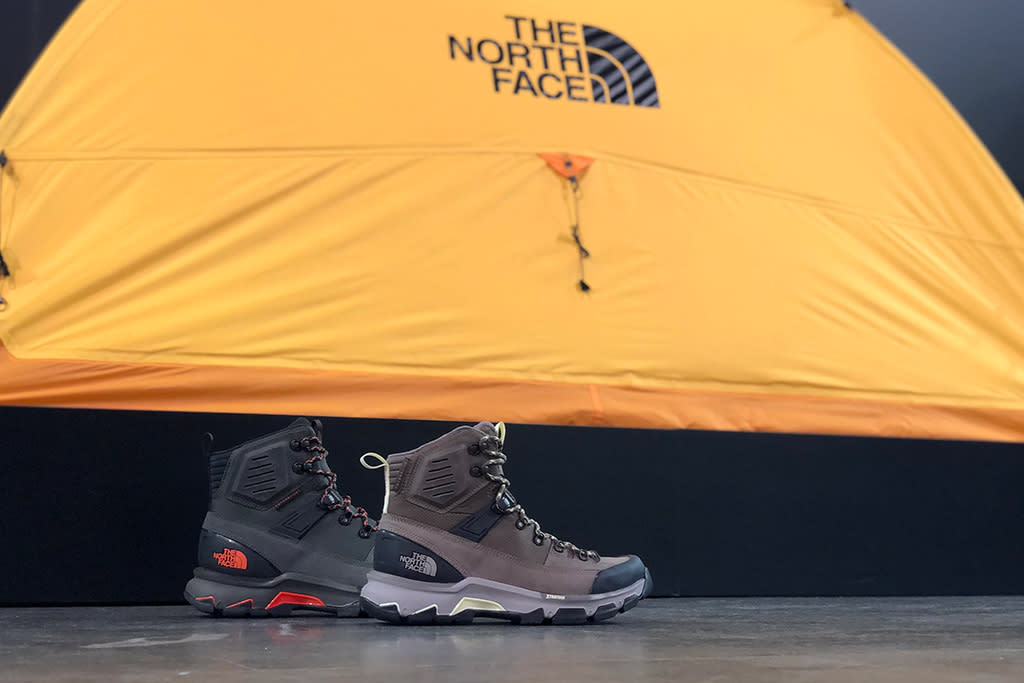