At a time when President Donald Trump is pressuring schools to open for in-person instruction in the fall, some universities are fighting back.

Harvard and the Massachusetts Institute of Technology on Wednesday filed suit in U.S. District Court in Boston, challenging the administration’s attempt to bar foreign students from attending colleges that will teach entirely online in the fall term.

On Monday, the Immigration Customs Enforcement agency announced policy changes that would keep international students from entering the U.S. or make them subject to deportation if the colleges they were enrolled in taught only remotely, as many schools are planning to do because of the coronavirus pandemic.

The new mandate, which said foreign students at those universities must leave the country or take steps like transferring to a school that offers in-person learning, threatens to upend life for the approximately 1 million students from abroad who yearly attend American colleges.

In a statement announcing the lawsuit, Harvard President Lawrence Bacow said the ICE order was unexpected, “its cruelty surpassed only by its recklessness,’’ and added, “It appears that it was designed purposefully to place pressure on colleges and universities to open their on-campus classrooms for in-person instruction this fall, without regard to concerns for the health and safety of students, instructors, and others.’’

On Wednesday, Trump tweeted his displeasure with the guidelines set by the Centers for Disease Control and Prevention for school reopenings, calling them “very tough & expensive.’’ He also threatened to withhold funding from schools if they don’t reopen for the next term.

I disagree with @CDCgov on their very tough & expensive guidelines for opening schools. While they want them open, they are asking schools to do very impractical things. I will be meeting with them!!!

“ICE’s action leaves hundreds of thousands of international students with no educational options within the United States,’’ the lawsuit says. “Just weeks from the start of the fall semester, these students are largely unable to transfer to universities providing on-campus instruction, notwithstanding ICE’s suggestion that they might do so to avoid removal from the country. Moreover, for many students, returning to their home countries to participate in online instruction is impossible, impracticable, prohibitively expensive, and/or dangerous.’’

Harvard’s largest faculty announced Monday that all courses would be taught remotely, but up to 40% of undergraduates – including all freshmen – would be allowed on campus. MIT had said in June that most classes would be online and that an unspecified but limited number of students would be welcome on campus.

According to The Chronicle of Higher Education, almost 60% of schools are planning in-person instruction at this point.

Ivy League colleges are far from the only schools that benefit from the presence of foreign students, who besides contributing to a diverse cultural environment typically pay higher out-of-state tuition at public U.S. universities.

Even before the ICE rules change, an April survey by NAFSA: Association of International Educators estimated that U.S. higher education would lose at least $3 billion because of the expected reduced enrollment of foreign students in the fall.

Priyankaa Krishnan, a PhD student at Iowa State who grew up in the United Arab Emirates, is among the foreign students dismayed by the decision. She posted a video on social media with the caption, “I am getting kicked out of the US.’’ In the video, Krishnan says it’s hard enough to live so far away from her family during the pandemic without now adding the fear of deportation.

“The only thing that was constant in my life was my education,’’ she says, “and now you’re just taking that away from me.’’

The ICE directive says foreign students can take some classes but not a full course load online. If an outbreak during the fall term forces the school to switch to remote-only instruction – as happened throughout the U.S. in the spring – those students will be required to leave the country or pursue other options like a medical leave or reduced course load.

In a statement posted Tuesday, the State Department said the rules modification “provides greater flexibility for nonimmigrant students to continue their education in the United States, while also allowing for proper social distancing on open and operating campuses across America.’’

Thu Jul 9 , 2020
Click here to read the full article. Comic-Con is going virtual this year, and though the 2020 installment of the annual event isn’t taking place in the usual San Diego Convention Center, the upcoming [email protected] festival will still feature plenty of panels and high-profile exhibitors. Event organizers have begun to […] 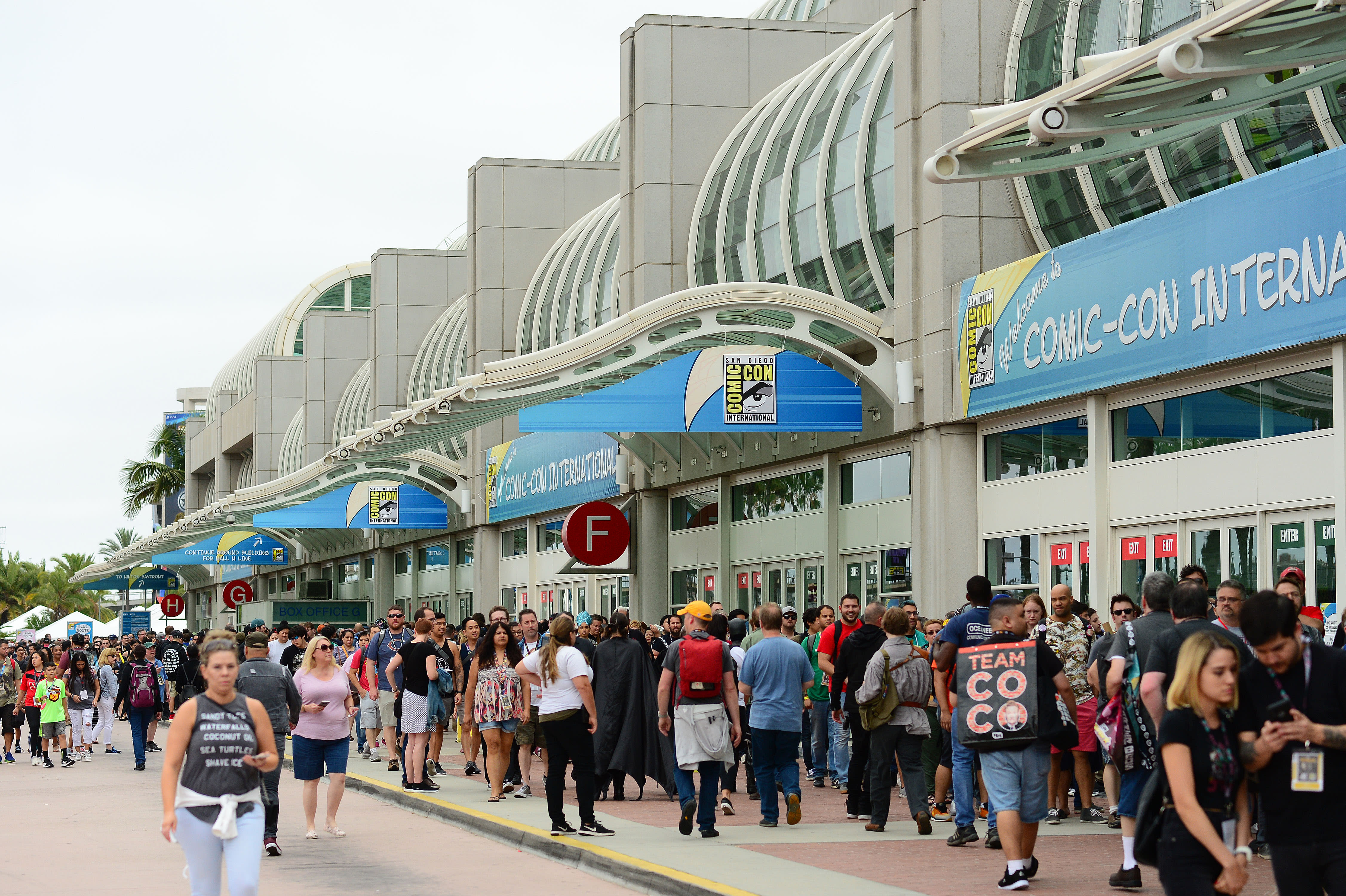