The Trump presidency is often billed as a phenomenon born from chaos.

It arrived in a flurry of tweets, online beefs and the sound of rules and norms bending and snapping like fragile floorboards under a listing democracy. But make no mistake: The strategy of this White House — and the culture it has sought to embolden — is anything but random.

Posting wild conspiracy theories one minute, racist phraseology the next — and then acting as if Trump’s initial choice of Juneteenth for his latest rally made the day that now commemorates the end of slavery “famous” rather than being a blatant swipe of disrespect — is all part of a strategy that relies on obnoxious, overwhelming online bullying, and pulls from an insidious corner of the gaming world as much as it does the history books.

Every bit of language out of Trump and the White House can be parsed for not-so-hidden coded messages and disinformation designed to create an environment full of symbols, badges and allegiances that create an us-versus-them playing field.

The bulk of Trump’s speech Saturday in Tulsa, Okla., relied heavily on fear-based rhetoric with violent underpinnings. It was delivered in broad strokes as if to define teams.

“I know our people,” Trump said, cheerleading his followers’ strength in battle after portraying the Democratic Party as anarchists and stoking fears of immigration, even trotting out the grotesque slur “kung-flu” to describe COVID-19. While many laughed at the low turnout at the BOK Center rally after excessive hype from the Trump team, the president succeeded in disseminating his toxic messaging to a global audience. It’s a thread that has been ramping up in recent weeks.

It was present when Trump tweeted that last week’s Supreme Court decision against his planned repeal of the Obama-era Deferred Action for Childhood Arrivals, or DACA for so-called Dreamers, was “shotgun blasts into the face of people that are proud to call themselves Republicans or conservatives.” Such language in particular is designed to appeal to those on the right who feel their culture is under attack.

And it was more directly spelled out in a Wall Street Journal interview in which Trump said wearing a mask in the pandemic is a way to “signal disapproval of him” and that attempts to “COVID-shame” him wouldn’t work. That’s not just bad health-advice, it turns a face mask into a uniform and citizens into adversaries.

The Trump world overflows with language and images that are stand-ins for symbols, all of which the campaign shrugs off when called out. On Thursday, it was reported that Facebook removed numerous Trump ads that featured an inverted red triangle, a figure once used by the Nazis to identify their political opposition. The Trump team claimed it was an “antifa” symbol, a far-left movement that Trump is trying to use as a scapegoat by branding adherents as some sort of mysterious, Darth Vader-like overlords controlling the American empire.

It’s as if Trump is the orator of his own extremely dangerous alternate-reality game, a type of play that graphs itself onto the real world and utilizes key words as signals to an in-the-know audience. In a playful environment, it’s a cue to dig deeper into a singular universe. Here, it’s an endless tunnel that has followers view every living being and pop-culture item as a symbol of potential political opposition.

It’s not just a deflection; it’s the construction of a whole other alternate story line. It’s a fantastical conspiratorial plot Trump has spun since his “birther” days, one that will only get more intense in the lead-up to the November election.

Recent attention has zeroed in on the “boogaloo” movement, a far-right fringe subculture that has been tied to violence around the country. Its followers also celebrate provocative memes and tweets while wearing aloha shirts and believing — broadly speaking — that progressive ideas are bringing us to a bloody race war that they hope will lead to their goal of overthrowing the federal government.

Any moment that can lead to mass unpredictability, be it Trump’s calls to “liberate” states from stay-at-home health orders or large protests, exist, in their mind, to be exploited, and yet Trump continues to scream the word “antifa” as a call to arms. The president is creating a quest to look for conspiracies that don’t exist — such as the false Pizzagate claim that Hillary Clinton ran a pedophile ring in a restaurant basement — all the way providing a narrative to an antagonistic way of life and using this moment of protest following the killing of George Floyd to create further divisions.

In these pursuits there’s no elaborate puzzle or tidy solution, but it does provide followers constant fuel to hunt for the next conspiratorial breadcrumb until fiction turns into a much louder fiction — or at least results on Facebook, which became a favorite landing spot for “boogaloo” supporters. Think of it as a Monopoly board, only instead of passing “Go,” the little square reads “Fake News.”

When viewed as part of a larger, game-like strategy, such chaos starts to come into relative clarity. The Trump thesis for leadership and disarray, while speaking to dark corners of internet message boards or Discord servers, even reads as if lifted from the texts of “Diplomacy,” a complicated-yet-nerdy board game of yore that unwittingly outlined a Trump-era manifesto.

“There are some people who need to win to be amused,” reads a guide to a 1979 edition of “Diplomacy,” the game first sold in the late 1950s and popularized by Avalon Hill. But “‘Diplomacy,'” the guide tells us, “is not a game for such persons.”

No, in fact the guide directly spells out an alternate “win” state: maintaining the illusion of a balance of power. This is a game, in essence, where a player can dominate by keeping the others fighting among themselves. The goal? “He is concerned that no player, no alliance, will become strong enough to eliminate any of the others, particularly himself.”

Winning, more or less, comes from creating a state in which no one else can win. And power is maintained by keeping others confused, frustrated and angry. This feels uncomfortably close to Trump’s method of governing.

Of course, the playing board was set even before Trump took office with Gamergate, a 2014 movement that galvanized around a perceived loss of power among a segment of the gaming community made up largely of men who believe their worldview is threatened by the media and the introduction of diversity in games. This publication and others have cited Gamergate as a blueprint for Trump’s vitriolic attacks and Twitter dragging.

That’s because it isn’t all that different from the complaints of those today who are angry over toppled Confederate statues or even the retiring of the Aunt Jemima brand. “Keep politics out of a games” is essentially an alt-right rallying cry for maintaining a status quo — games by, for and starring white men.

It’s a so-called army the administration has sought to “activate,” to quote Stephen K. Bannon, who once oversaw Breitbart News and served as Trump’s campaign chief executive, in an interview he gave with journalist/author Joshua Green.

Thus, the cultural war moves to its next battleground, be it whatever high-profile game, television show or tell-all memoir is released this week. All are mixed together into a melting pot of racism and fear to maintain a hold on the cultural conversation. Or, rather, to simply make it difficult for other voices to get the floor.

Like the game of “Diplomacy,” it’s not about winning so much as it as just not losing.

In March, when fears over the spread of the coronavirus seemed to be alternately gripping and splitting the nation, I dug out my copy of “Diplomacy,” which I inherited from my dad but have had a hard time since college finding anyone will to play. In the spring, unfounded theories that the virus had been manufactured in a Chinese lab were floated, as was the suggestion by Trump to try the controversial anti-malaria drug hydroxychloroquine and even bleach to prevent COVID-19.

Such messages drowned out and clashed with very real health concerns. Feeling stressed and powerless, I thumbed through a number of recent books and articles, trying to make sense of our disregard of facts, even in the face of something that would appear to be nonpartisan, such as a virus.

None of them hit as direct and plainly as Rod Walker’s eloquent “The Gamer’s Guide to ‘Diplomacy.'”

“Players,” wrote Walker of the board game, “do not expect consistency, but they do expect rationality. Sometimes any excuse will do.”

Walker then writes of someone who was once an in-game ally, wondering why Walker stabbed him in the back.

His answer? “Because it was there.”

We should brace for the same, and be prepared to not stop showing our spine.

Mon Jun 22 , 2020
Click here to read the full article. “Everyone in the industry has been really crazy affected,” said actress Bella Thorne of the coronavirus pandemic. “I’m really interested to see how the protocols will work. I think they will.” After months of shutdown, California Gov. Gavin Newsom has given Hollywood the […] 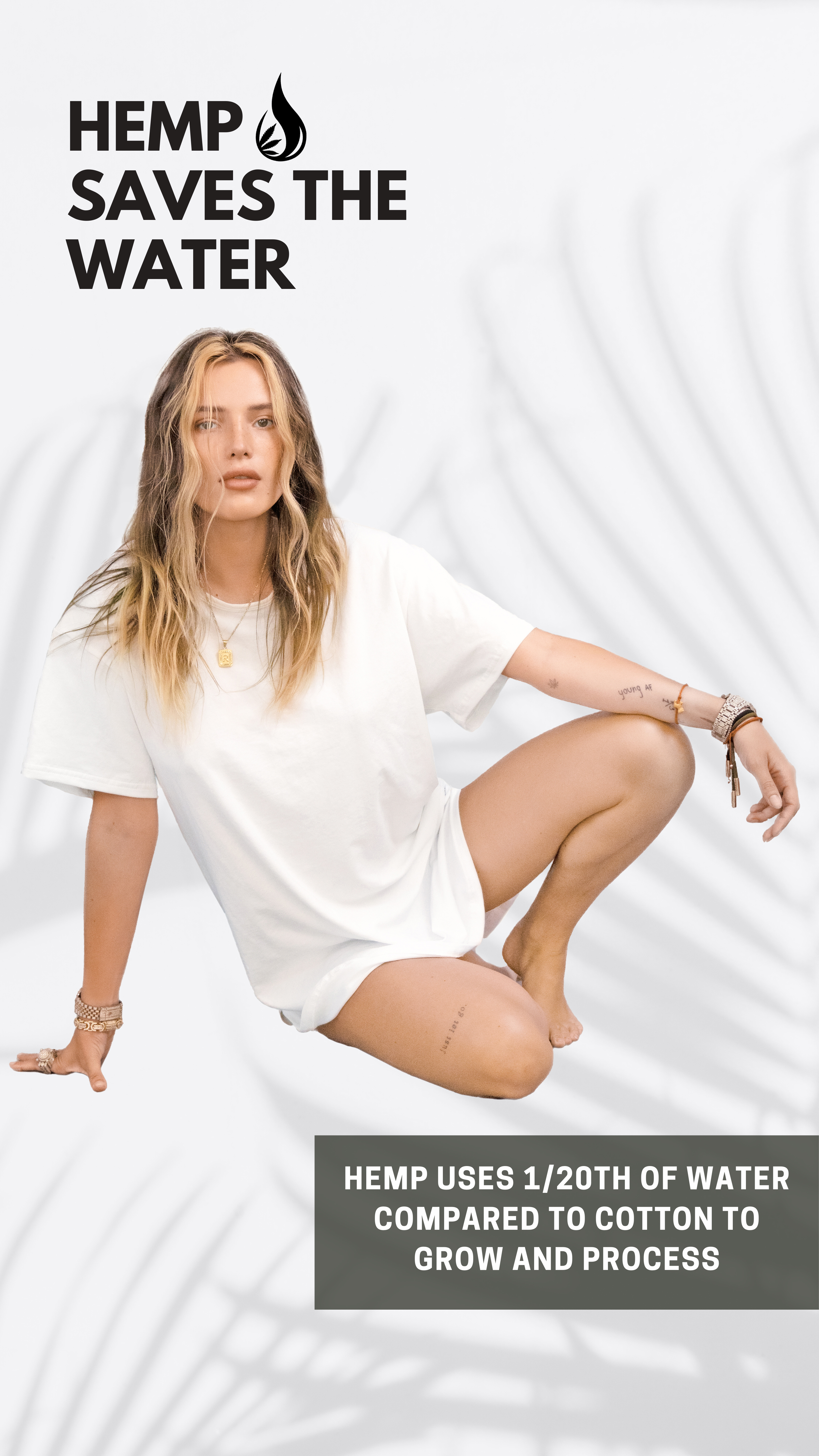