“The Killing” may have been ahead of its time.

Veena Sud’s crime drama, which first ran on AMC and was later picked up by Netflix, delivered a 13-episode first season in 2011 that declined to solve the central mystery of who killed small-town teen Rosie Larsen (Katie Findlay). When the season ended that June, there was an uproar on social media from the audience. They had given it so much time, energy and engagement while theorizing online about whodunnit, but failed to receive an answer. Sud announced the plan was always to definitively resolve who the perpetrator was by the end of the second season, but for many, that wasn’t enough.

Almost a decade later, though, there is a surge in streaming outlets that allow for not only more (and more unique) storytelling, but also new ways for the audience to engage with said content. This is causing show creators to lean into series that purposely leave certain elements open to interpretation.

“Showrunners of old wanted to preach, ‘This is what I want you to learn.’ But there’s no drama if there’s no contention of ideas,” says Robert King, who co-created and co-runs CBS All Access’ “The Good Fight” and CBS’ “Evil” with his wife, Michelle.

The best current example of this might just be CBS All Access’ “Interrogation.” Inspired by the true-crime cold case of Bruce Lisker, who served 26 years in prison for his mother’s death before the conviction was overturned, the show follows the investigation into the murder of a woman in her San Fernando Valley home. But because the anthology series was designed to tell its story nonlinearly, with its digital audience able to select the order in which they watch the episodes, subjectivity is baked into the premise and the format.

Over at Apple TV Plus, there are quite a few shows that follow the subjective approach. When adapting William Landay’s 2012 novel “Defending Jacob” into an eight-episode limited series, Mark Bomback decided to alter multiple pieces of the story to make whether the titular character committed a murder even more debatable than in the source material.

Tony Basgallop admits he never plans to answer whether it is “a miracle or a crime” that the Turners’ reborn doll at the center of “Servant” was replaced with a human baby when nanny Leanne (Nell Tiger Free) came to live and work with them.

Even Kerry Ehrin’s “The Morning Show” doesn’t have its characters use the word “assault” to describe what disgraced morning news anchor Mitch Kessler (Steve Carell) did to co-worker Hannah Shoenfeld (Gugu Mbatha-Raw), highlighting the murkiness of he said-she said in a post-#MeToo world.

“When I watch shows that very clearly explain to me what’s happening and why I’m supposed to feel tense and when I’m supposed to feel sad, I lose engagement because there’s nothing for me to do,” Basgallop says. “I was telling a story about people not talking about the very thing they should be talking about, so it was kind of natural to hide the ball a lot of the time. But you have to tell the story so the audience can interpret things two ways — I think that’s the secret to it: You have to show everything it can be and allow them to decide for themselves.”

“Evil,” “Servant” and Netflix’s “Messiah” deal specifically in religious ambiguity. In the latter, characters — and the audience by extension — question whether the titular character is a savior or a con man. This adds another, inherent layer of belief and audience projection to the story.

Basgallop notes when pitching such stories it helps to go in with “a sample of how it’s going to work” so the buyers “understand the voice that is presenting the story.”

Although streaming services are the most common buyers of such programming, traditional broadcast and cable networks are looking for fresh ways to stand out and entice a broad audience to check out their programming, too.

“Evil” is the Kings’ third drama for CBS, following “The Good Wife” and “BrainDead,” and centers on forensic psychologist Kristen Bouchard (Katja Herbers) as she investigates cases of potential paranormal activity alongside priest-in-training David Acosta (Mike Colter). The show offers both scientific and supernatural explanations of events and, similarly to “Servant,” viewers’ own religious beliefs likely influence what they think is happening on the show.

“If we were first-time writers, it would be a harder sell, but so many of ‘The Good Wife’ episodes ended where the trial was won, but some bad resulted from it or there was some moral ambiguity,” says Robert King. From the initial pitch of “Evil,” he continues, it was always a “split between science and religion and you weren’t sure, because it played for both.” The only question or suggestion he recalls network executives having at the time was that the second episode would not be about possession — because the pilot played with that idea.

While “the truism of old network writing is that you repeat the pilot in the second episode,” he says, “I do think we’re all in a new universe where people want new things — new challenges.”

The key to telling such stories for any platform, according to the Kings, is “an effort to make sure that both the empiricists and the faithful are given respect,” Michelle King says. In order to do this, she says they “very specifically hire” their writers’ room so that “everyone in there is either particularly interested in religion or particularly interested in horror. Very naturally you’re going to get a mix of both.”

Hiring people who can play devil’s advocate to different story areas is a pattern the Kings began with “The Good Wife” and one they also utilize for “The Good Fight.” Those shows deal in polarizing political and legal subject matter, but the goal is always to “take subjects that have been bifurcated and try and see both sides,” adds Robert King.

This approach often means leaving questions unanswered at the end of an episode, a season or a series. Neither “Interrogation” nor “Defending Jacob,” for example, definitively answers who the real perpetrator was.

“It provokes more conversation,” says Bomback. “If I were to end it in a way that’s definitive — he did it or he didn’t do it — that’s binary and would probably leave people more dissatisfied because we’ve already entertained both options.”

Instead, the freedom and ability to allow the viewers to engage — dissecting and debating the stories — is preferable to an outcome where “the audience can see the screenwriter’s finger on the scale,” says Robert King.

Is she latest victim of 'curse' of beloved TV musical series 'Glee'?

Fri Jul 10 , 2020
If you believe in curses then you’ve got to be wondering if there’s a hex on the beloved TV musical series “Glee,” staggered over the years by untimely deaths of its cast and crew. Now comes the latest tragedy: the presumed drowning of Naya Rivera. Investigators continued their search and […] 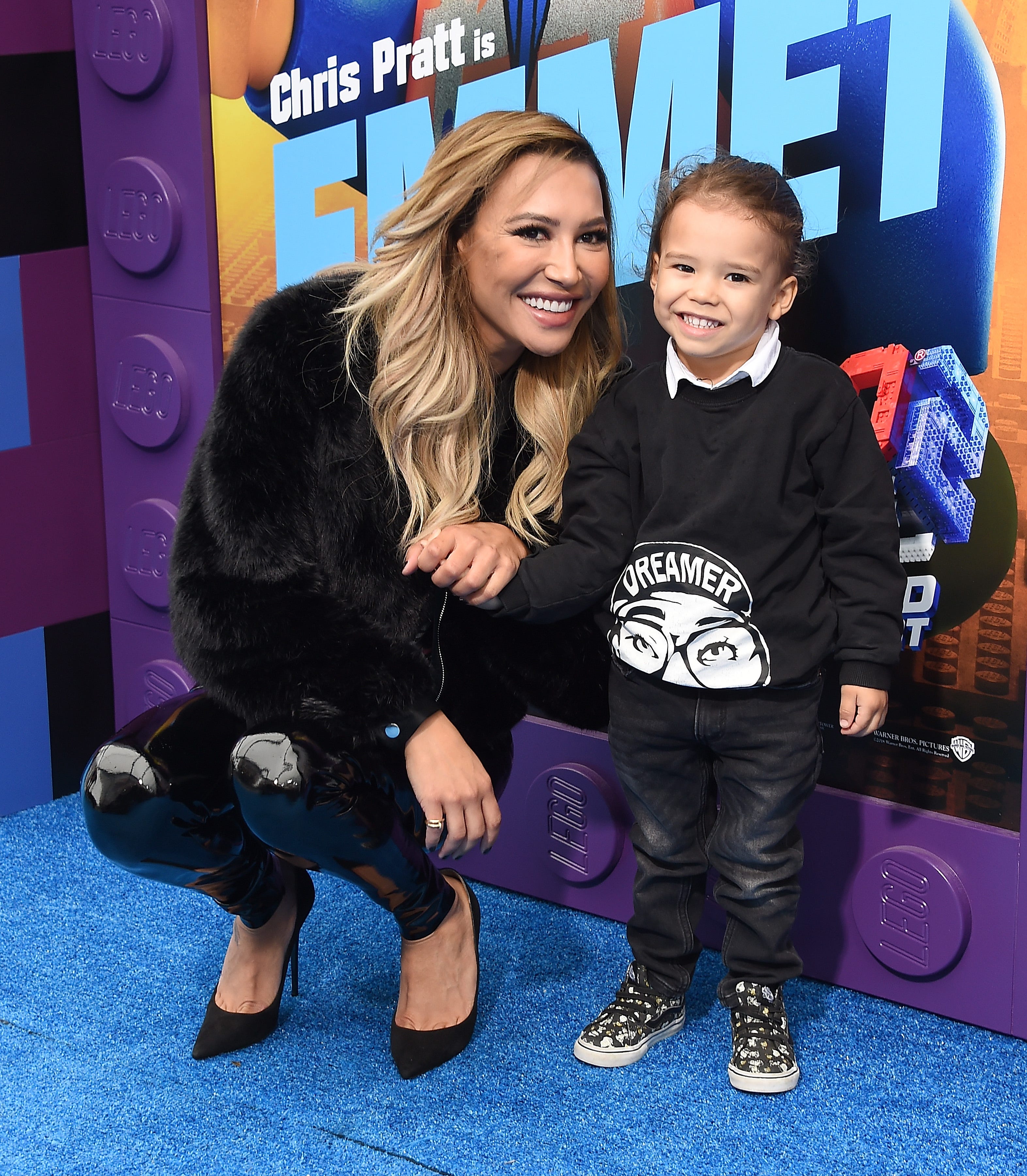