Who decides your gender?

A growing number of American kids say it is up to them – and are rejecting the traditional markers of “male” or “female” in favor of identifying as “genderqueer”, which refers to people who don’t fall squarely within the gender binary. Stars like Indya Moore have come out as non-binary and use they/them pronouns, and non-binary characters are increasingly featured in breakout TV shows, such as Asia Kate Dillon’s role in Billions.

Yet non-binary kids say they are widely misunderstood, and they face prejudice. Donald Trump, for instance, recently decreed that protections against healthcare discrimination were to be applied based exclusively on biology rather than one’s inner sense of gender.

Today the Guardian is launching Genderqueer generation, a series of stories centered on, and often told by, the children and young adults who are rejecting traditional gender identities. We began by asking four of them to describe how they realized they were non-binary.

Ari, 18, Connecticut: ‘The first time someone used my pronouns I almost cried’

I don’t know really how I came to identify as non-binary as much as I came to identify as not a girl first. Until I was seven, I loved dresses and glitter and sparkles and everything. And then something changed. I don’t know what it was. I was like, I hate girly things. I hate the color pink. And I think that was me becoming what I like to call a conscious human being.

Then I thought, what if I am a boy? And I was just like, no, that’s gross! Which is not very kind to boys. But no, that’s not me.

I didn’t know at all what I was experiencing or doing until I had the internet to give me the words to describe it. I remember I was on vacation sharing a bed with my mom because we didn’t have enough rooms, and I was on my phone in the dark while she was passed out and snoring, just watching videos about what it meant to be non-binary and what it meant to be asexual or aromantic. And I was like, huh?

I don’t know how I would have found this information otherwise. There just isn’t a convenient, socially acceptable way to pass this information along unless you can be anonymous or protected by that screen. I did research and I bought a book called The ABC’s of LGBT+ by Ash Hardell. It’s so bizarre these days to do research with a physical book in your hand. But I did it and I thought, this makes more sense.

When I came out to my parents, I couldn’t provide an adequate explanation, so I got my book and showed it to them. The book gave us the right words to have a conversation about these kinds of topics, and from there my parents have been going above and beyond to try and be accepting of me.

At school it was more of a gradual thing than a quick change. But one day in Gay-Straight Alliance, in freshman year of high school, I was sitting next to my friend who had recently started experimenting with they/them pronouns. I thought, you know what? I’m just gonna do this thing and see if it feels better.

I walked up to the whiteboard and I wrote, “Ari is now using they/them pronouns.” I sat back down and that was it. Nobody even talked about it. Just the president said, “Here’s an announcement,” and pointed to the board. And everyone was like, OK.

The first time someone – not a great friend, just an acquaintance – used my pronouns, I almost cried. It was so casual, and in such casual conversation, and I thought, holy shit, that feels so much better.

Jaiden, 17, California: ‘I try my best, but I understand some people may see me as female’

In middle school I was self-discovering and I switched labels a lot. After talking to some therapists I came to the conclusion that “non-binary” is a good label for me right now. I’m waiting until I’m 18 to see a gender specific therapist to see if maybe binary female-to-male transition would be a better fit.

I never really came out because it’s not a big deal to my parents. My mom grew up around the LGBT community, so she doesn’t really mind. In my mother’s language, Tagalog, they actually don’t have gendered pronouns at all. So a lot of Filipinos, they understand for the most part. People are respecting of it.

At school I go by they/them. My teachers call me Jai. I haven’t ever explicitly said I’m non-binary, except to a few teachers I’m really comfortable with. But for the most part, I put they/them on my emails.

Especially if you’re AFAB – assigned female at birth – a lot of people have the idea that you’re just a tomboy. I really don’t like being called a tomboy because that implies I’m a girl.

There’s no “look” to being non-binary, but you also have to put in a little bit of effort. You can’t just go on with day-to-day life as you were doing as a cis person and say you’re non-binary because it gives off the wrong impression. And regardless of whether or not that’s right or wrong, it’s kind of just how society is. That’s something that people who don’t like the idea of non-binary can use against you.

For me, I like the color purple, I like some things that are traditionally feminine, but I also like my hair short, I don’t like being grouped with girls, I didn’t like being in the locker room for PE. Even though my parents let me buy boy clothes, it was harder to convince them to get me a chest binder. So I try my best – but I understand people may see me as female.

I discovered the whole LGBTQ community online around 2017 when I started using social media more often. I was coming to terms with myself and my sexuality. I stumbled upon a lot of terms and one of them was “non-binary”. At the time, I didn’t really understand it. And I thought, okay, if I feel like it one day, maybe I’ll look it up again. After two years, I was like, okay, this feeling that I don’t identify as either a man or a woman is more intense.

The internet had a big role in me discovering myself. Online, I felt understood. I felt helped. I feel like the internet tells us stuff that we can’t learn in real life. People never hesitated to explain stuff to me even if I asked the dumbest questions. I know some people have some classes [about gender and sexuality], but where I live, we only have class about safe ways to have sex, basically. We don’t talk about sexuality.

I haven’t come out to my family. My family’s supportive, but I’m scared to tell them about it [in case] in a couple of years I don’t feel like calling myself non-binary anymore and I have to do the whole thing again. With some of my friends, I was just like, Do you know what non-binary is? If they know, I’ll tell them I’m non-binary, and they’re like, oh, cool. If they don’t know, I’ll explain it and tell them I like to be called River instead of whatever you called me before.

I’ve never had the experience of coming out to someone who didn’t agree with me. There are some people in my class that don’t know about me being non-binary, and I’m pretty sure if I told them they would start insulting me.

A lot of the hate that comes to the non-binary community is from people trying to regulate how you identify. They’re like, oh, you can’t identify like this because you were born like that. Well, it’s my body. It’s my identity. It’s how I feel. It’s not how you feel.

My family is extremely queer. I’ve grown up with so many gay aunts and I’ve been to so many weddings and I’ve been really fortunate to be in a situation where it was always OK to be me. I’ve known for a while now that I wasn’t quite in the gender binary. I wasn’t sure what the word was for a long time until I started getting into the internet and seeing people saying, like, “I am non-binary” or “I’m gender-fluid”. So I investigated and realized that using they/them pronouns works the best for me.

Because I was 11 when I came out, most of my friends didn’t know the word. They weren’t online, they were a lot more immature then, and I think that really affected how they viewed it. But my closest friends, of course, were just like, oh, yeah, OK.

Nobody has told me I’m too young to know I’m non-binary, but I watch a lot of YouTube videos of younger people coming out and people comment, oh, you’re too young to know. And I do my best not to turn the hate back on them. It does make me feel kind of invalidated, even if it’s not directed at me.

One of the things that has made me feel really supported online is fandoms. I discovered that other people were like me through fandoms. I found Harry Potter fan fiction and some of the people who write it had “they/them” in their bio online. It was the closest thing to representation I had.

Eventually I ended up watching shows like RuPaul’s Drag Race and that really showed me that I had a bigger community out there that supported everyone. And that made me feel really happy.

Young people and bars are a recipe for coronavirus. Ready, set, outbreak. 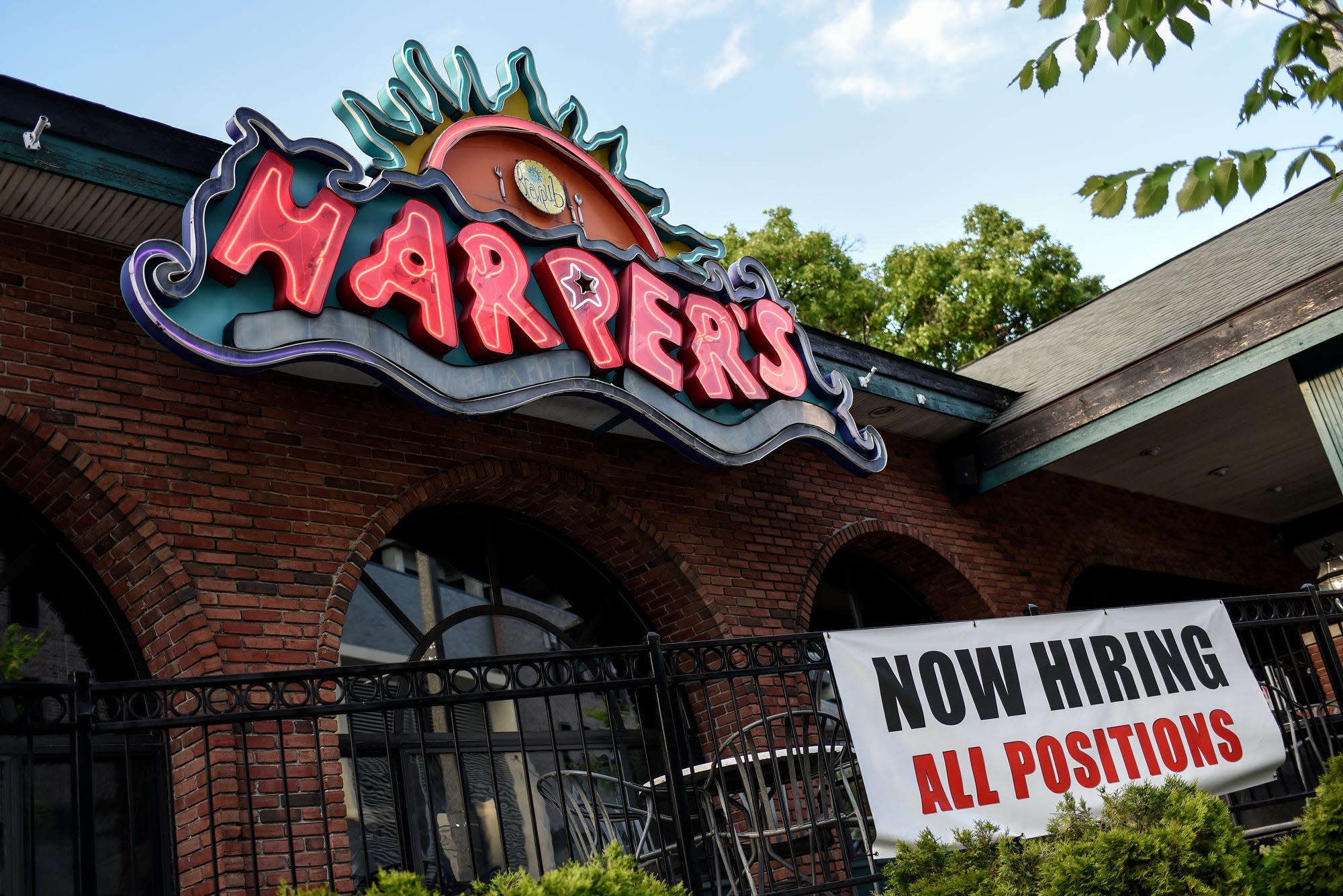