Controversy over technology failing to award a clear goal, howling errors by David Luiz and Arsenal getting brushed aside away to a “big six” rival. Premier League, it’s like you never went away.

But even allowing for the above or any hammily constructed zinger of your choosing, it is impossible to claim nothing has changed.

A disorientating, surreal and ultimately tragic three months means top-flight football in England returned to a world feeling very different to the one it left behind.

The coronavirus pandemic will unquestionably be remembered as a seismic pivot point when our history is written. Out of the fear and despair, the questions over what kind of world we want to shape from the wreckage and what side of that history we want to be on have boomed louder.

They were thrust into a harrowingly sharp focus by the tragic death of George Floyd. Footage of an African-American man crying for his life as a white police officer knelt on his neck for eight minutes and 46 seconds caused shock and revulsion around the world. Thousands upon thousands stood up and said “no more”.

The Premier League has made itself part of that movement. As the backs of every player’s shirt said, Black Lives Matter.

Backing causes in the social media age, however noble, can sometimes feel disposable, as online petitions and hashtags blur along with the latest trends list.

But the sight of Aston Villa and Sheffield United’s players taking a knee for the first 10 seconds of their goalless draw, before Manchester City and Arsenal’s players did likewise at the Etihad Stadium should stand as a significant moment.

This is the same, solemn gesture that Colin Kaepernick used to protest against the police brutality in 2016. The same brutality that killed George Floyd.

Kaepernick found himself cast aside by his sport, still without a team. The Premier League created the space for players to collectively express themselves on Wednesday, taking the same stand.

Those players will face no consequences. Consider the contrast with the experiences of Kaepernick, or others like Tommie Smith and John Carlos. It is no cause for complacency, but this is progress.

“I see it as a massive step for the Premier League to allow something like that to happen,” said Raheem Sterling, City’s opening goalscorer in their 3-0 canter against Arsenal and a reluctant but brilliant spokesperson in the fight against racism.

“It shows we’re going in the right direction and, little by little, we’re seeing change. That’s what everyone’s hoping for. Not just black players, but I think the majority of the country. It was great to see.”

This should stand as the week when the preposterous notion of “stick to football” is consigned to the dustbin. The images of Premier League players calling for racial justice went around the world a day after England and Manchester United forward Marcus Rashford ensured 1.3 million vulnerable children would get meal vouchers during the school holidays.

In April, the UK’s health secretary Matt Hancock called for Premier League footballers to “play their part” in the country’s coronavirus effort. Two months later, Rashford is shaping government policy and Hancock is getting the toast of the nation’s name wrong on live television. Why be put in your place when you can hold power to account?

Far from being the out of touch, aloof rich boys they have been derided as in the past, plenty of Premier League’s leading stars are young men of impressive substance with a sharper perspective on the hardships of life than most.

Rashford and Sterling grew up with mothers struggling to make ends meet. Most of the millions in a similar situation are not granted a platform to speak eloquently of the hardships they endure.

Rashford and Sterling have a capacity to affect change. What good argument is there for them to stick to football?

Earlier on Wednesday, UEFA president Aleksander Ceferin conceded his organisation’s previous anti-racism campaigns and attempts to address a lack of BAME representation in football’s corridors of power had not gone far enough. The Premier League’s light touch this week points to a different way of doing things.

It would be awful if this powerful moment is allowed to subside into lip service, empty slogans and the annual wearing of another t-shirt. The authorities are already too compromised by their very nature – even the most well-meaning initiative can come to look cynical and self-interested.

Some might even see cynicism in the Premier League aligning itself with Black Lives Matter, but leaving room for the stars of the show to express themselves as they see fit is absolutely right

Through acts of charity, protest and authentic expression during these torrid months, Rashford, Sterling and their contemporaries have shown they can be a force for good. Sometimes, they’ll get it wrong. But that’s okay. Little by little, let them stick to changing the world.

Thu Jun 18 , 2020
Donald Trump – Alex Brandon /AP The US Department of Justice is preparing new laws to dilute legal protections for tech firms if they attempt to censor content on their social media platforms. A senior official in the Trump administration claimed the proposals, which could be pitched as soon as this week, […] 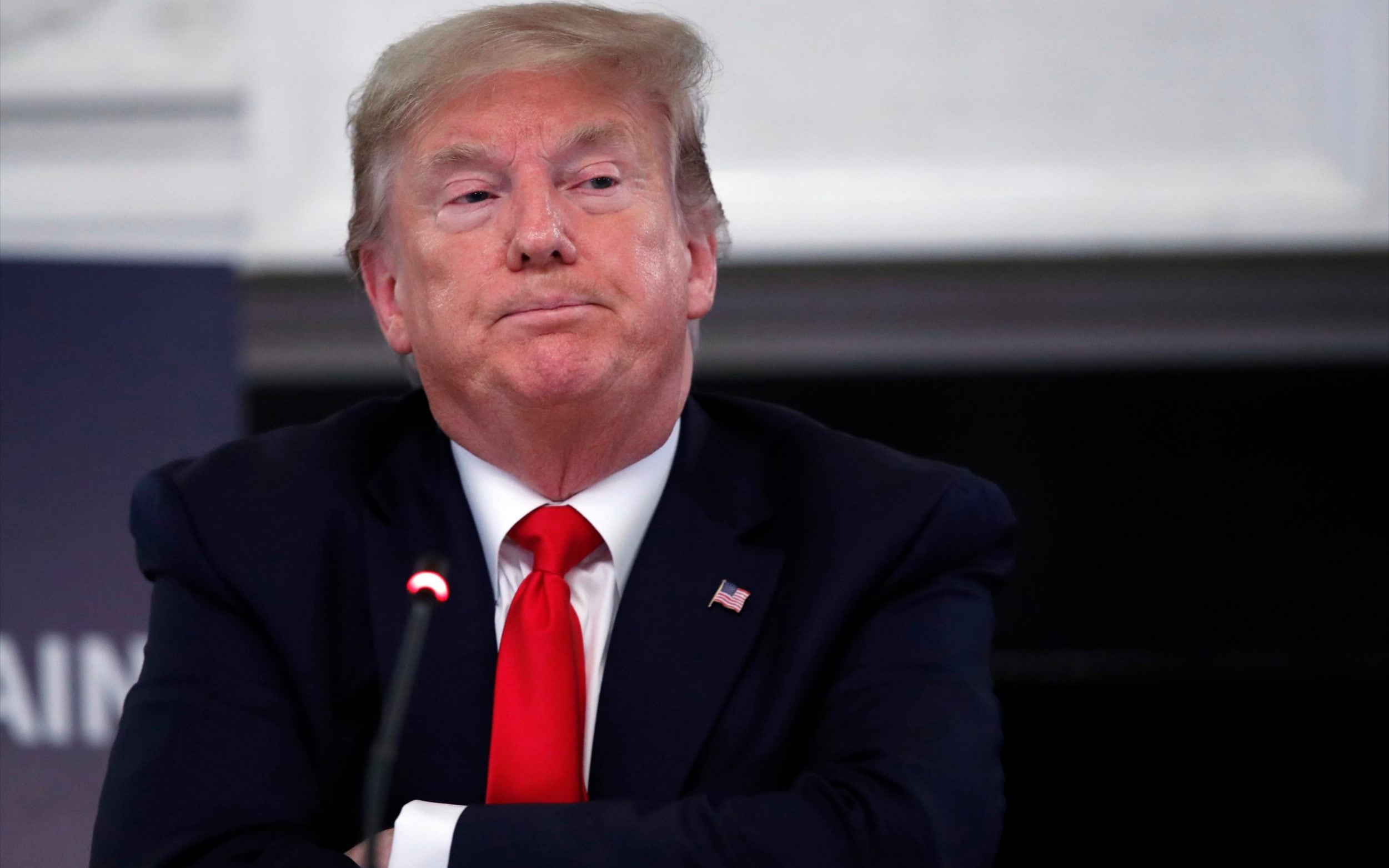