(Bloomberg Opinion) — During normal times, traditional economic data work fine, offering reliable insight into growth, employment, prices and all sorts of other aspects of the U.S. economy. The drawback is that delays of as long as a month or even a quarter make some of the data of limited use during times like these, when a pandemic has thrown the entire economy off kilter. So there’s a case to be made for the merits of alternative data — everything from new infection rates to apartment rental rates near college campuses — which can offer daily reads of the state of the economy, provided they are used with the appropriate caveats. We recently asked several Bloomberg Opinion writers to cite some of the non-conventional metrics they’re paying attention to during the coronavirus recession.

Mohamed A. El-Erain writes about economics, markets and central banks for Bloomberg Opinion.  He is the chief economic adviser at Allianz SE, the parent company of Pimco, where he served as CEO and co-CIO:As many traditional data reports are deemed mostly out of date even before they are released, economists have had no choice but to expand the data they monitor and how they are analyzed.

This means paying a lot more attention to higher-frequency data, such as daily mobility indicators, retail traffic and restaurant dining.

Second, epidemiological metrics — the coronavirus R-naught infectious rate, hospitalizations and fatalities — are critical to follow for their insights into key influences on household and business behavior, as well as the thinking and actions of policy makers.

Measures of financial resilience and solvency become even more important given uncertainties about how long we will be living with Covid-19. In addition to the usual balance-sheet data, debt rollovers and access to new financing, this expands to include highly micro anecdotal indicators such as the number of people turning to food banks.

None of these measures are perfect. Moreover, they don’t make up for the inaccuracies that accompany virtually any forecast these days. But they do help to shed more light on our unprecedented economic situation, as well as help shape the questions we should be asking.

Jim Bianco writes about markets and economics for Bloomberg Opinion. He is the president and founder of Bianco Research, a provider of data-driven insights into the global economy and financial markets: As summer turns to fall, attention will turn to the presidential election. How should investors measure the horse race? More importantly, how can one judge if an event is changing the outlook for the election? Enter the betting markets, such as the political betting site predictit.org.

First, how should betting markets be viewed? Simply that they reflect the aggregation of all known information into one probability. So, they act like real-time polls, reacting quickly to new events.

The chart below shows the betting spread for who will win the presidency, Donald Trump or Joe Biden. Biden is essentially a 60-40 favorite to win. The trend in these numbers can tell us a lot: Trump had a bad June but the worst, for now, may be over.

What is the probability that either one of them wins the election? One can pay expensive Washington consultants, or create complicated computer models. Or, they can check the betting market and in 10 seconds get the same information.

Tim Duy writes about the economy and Federal Reserve for Bloomberg Opinion.  He is a professor of practice and senior director of the Oregon Economic Forum at the University of Oregon: A key feature of this crisis is the decline in population mobility as we strive to contain the spread of the virus. That reduction is a direct reflection of economic activity and it provides insights into the direction of the economy.

The Dallas Federal Reserve Mobility and Engagement Index relies on cell phone data. The index is scaled so that zero is the average from January-February of this year and -100 is the lowest weekly for the U.S.For the nation, the index hit a low on April 11 and then began recovering. This is consistent with our understanding that many sectors of the economy bottomed out in mid-April. After that, a gradual reopening began. Subsequently released data such as retail sales confirmed this trend. But the index stopped rising in the week ended July 4. This likely reflects a surge in cases in some stages such as Texas, slowing the economic recovery. This may be an early indication that the pace of gains in traditional metrics such as the employment report will soon ebb. This would be consistent with predictions that full recovery will only come after the virus is contained to the point where we can freely move and interact as we did before the pandemic.

Conor Sen is a Bloomberg Opinion columnist focusing on labor and financial markets and the economy: Perhaps no measure of the economic recovery is more important than the rebound in employment. The official data we get on a weekly basis is jobless claims, which tell us something about the number of workers being laid off but nothing about employers posting jobs or hiring people.

It’s for that reason that weekly online job postings data from Indeed, written up by its chief economist, Jed Kolko, are so valuable. What we’re seeing so far is a gradual improvement, much as we’ve seen from some other indicators. What’s critical is that through the week of July 3, there hasn’t been much difference in the pace of recovery between virus hotspots and non-hotspots. This may change in the weeks ahead, but it does suggest a durable recovery is taking hold.

Scott Kominers is a Bloomberg Opinion columnist, writing about economics and markets.  He is the MBA Class of 1960 Associate Professor of Business Administration at Harvard Business School, and a faculty affiliate of the Harvard Department of Economics:Throughout the Covid-19 lockdowns, delivery services have seen huge spikes in demand. Watching whether that changes during the next few months will give us a sense of how consumers are responding to staged reopening measures: are they going out or staying hunkered down at home? As the table below shows, grocery delivery has soared as people have avoided trips to supermarkets; the same is true in other categories.  In the meantime, looking at who is providing delivery services can help us understand which businesses have managed to adjust their operations creatively during the pandemic. (Some more expensive sit-down restaurants, for example, have started offering delivery or take-out options for the first time.)

As more businesses start opening up, looking at how many hours they’re in operation each day will give further insight into consumer sentiment and business owners’ demand expectations, especially in urban areas.

Thu Jul 16 , 2020
(Bloomberg) — Voice assistants such as Apple Inc.’s Siri and Amazon.com Inc.’s Alexa are at the center of a sweeping European Union antitrust inquiry into how Silicon Valley uses data to gain a tight grip on growing markets. EU watchdogs already see signs that tech giants might be restricting access […] 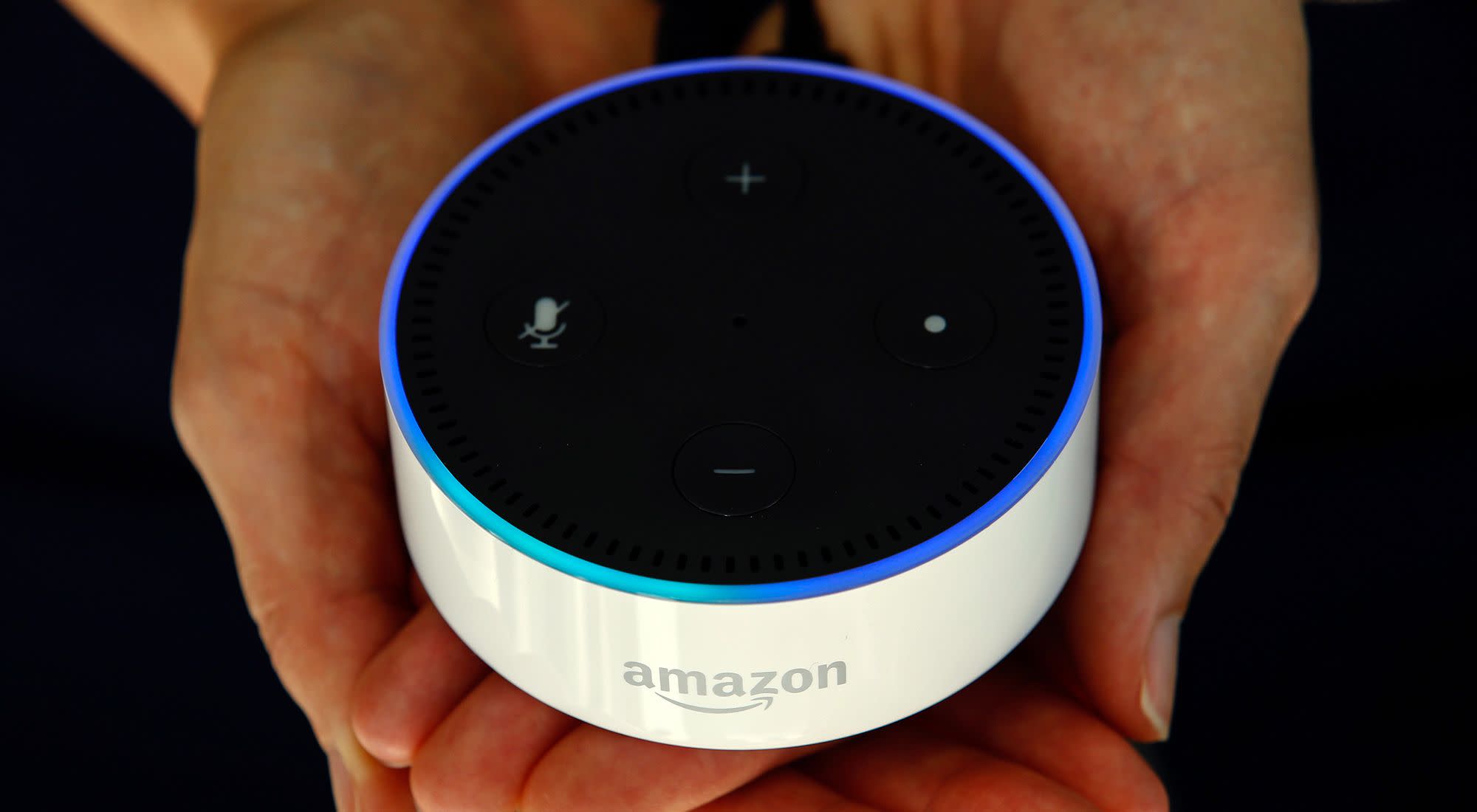