I wasn’t allowed to play video games when I was a kid. My parents forbid consoles in our house, assuming video games were violent and boyish distractions from my academic and social life, and as a direct result of that prohibition I grew up consumed with the desire to play video games at any cost. My neighbors down the street had a Nintendo 64, so I became a regular in their living room every day after school. I traded lunchbox snacks for twenty minutes with my classmates’ Gameboys at recess. None of this was enough. By the time I was 12 in the autumn of 2003, I wanted to play more and get better. That’s when I found Runescape.

Runescape was and is a massively multiplayer online roleplaying game that answered all of my pre-teen prayers. It was a fantasy game, where players created custom heroes who populated the world of Gielinor and leveled up by mining, smithing, fighting, and casting magic spells among a host of other grindable skills. There were quests to complete, dragons to fight, medieval cities to explore, and the social component of being able to play and communicate with other players logged in to the game.

Also and crucially, Runescape was browser-based and free. I could play it on our family PC without needing a console or permission from my parents. Checkmate to the rules.

The version of Runescape I first played is what is now called Runescape Classic, the original version of the game that launched in 2001. It had laughably crunchy graphics and overloaded servers, but underneath that it had the bones of the fantasy game experience I craved. My thirteen-year-old eyes looked past the boxy sprites and 2D animations and filled in the blanks to imagine an in-depth magical world.

Even though Runescape allowed me to play alongside other players, I was initially more interested in crafting an experience for myself. I crafted a backstory for my character – she was a blue-haired squire from Al Kharid searching for glory in the kingdoms of Misthalin and Asgarnia — and ground my way up through levels to take on tougher quests. When Runescape Classic upgraded to Runescape 2 in early 2004 (that version is now called Old School Runescape, as its current incarnation is Runescape 3) with a transformative graphic upgrade that lived up to my imagined expectations, I finally felt I had been playing long enough to feel comfortable interacting with my fellow players.

It seems quaint now, but I was fascinated with the idea that I could simply log on to a game and find myself talking to strangers on the internet. By 2003 I’d used AIM to talk to my friends from school and participated in the aforementioned Eragon message boards, but Runescape felt like an entirely different league of online interaction. My character could merrily mine iron or slay goblins alongside players from different states, but I was the one holding conversations with them. I quickly learned the base rules of being a girl playing an MMO, which include avoiding players who hung around in-game hotspots to hunt for a girlfriend and not falling for scammers who claimed to trim armor for free, and fell in with a group of fantasy fans who took the game’s environment as seriously as I did.

Those friends and I formed a roleplaying guild, addressing each other as “Sir” or “Lady,” and planned our summer evenings around quests that would further our plotlines. It was one part improvisational acting, two parts storytelling, and three parts shyly getting to know each other as players outside of the game. A few of them even had my AIM address, where we would continue planning our make-believe Runescape lives away from the game’s engine.

Because my parents didn’t know I was playing Runescape with other people, there were no rules to govern my behavior. Through trial and error I taught myself the etiquette of the internet: when to share or withhold information to maintain my privacy, how to avoid scammers, when to use a meme for maximum comic effect, and when to block players who made me uncomfortable. My first guild melted away when the school year began and I found another, then another, each time hammering out the online skills that would come in handy as the social media became the new normal for teens in the mid-00s.

I don’t know exactly why I stopped playing Runescape. At some point I’d done all of the free quests, lost track of my guildmates, and simply moved on. My itch for playing video games was nowhere near scratched — I used my money from bussing tables in high school to support a World of Warcraft habit and finally, at age 24, bought myself a damn Playstation — but Runescape no longer holds me in its sway.

Well, maybe it does. To this day I have a strong preference for fantasy video games. I like sword-and-board, dragon-slaying, potion-swilling adventures with lots of side quests and big maps to explore. I like leveling up individual skills and reading up on lore, crafting cool armor for my character and anything that lets me roleplay a little as I go. I also spend a lot of time online, connecting with people on social media, talking about games, and making online friends who have gone on to hold tremendous emotional significance in my life.

The greatest irony in my parents’ “no video game” rule is not that I now write about video games for my job (although wow, what a backfire), but that surreptitiously playing the one game I could get my hands on prepared me for a world my parents couldn’t anticipate. Runescape was an early introduction to what the internet would become, and though it drew me in with the promise of fun and fantasy, it ultimately gave me a head start in learning the rules of engagement for an increasingly online social landscape.

Oh and if my parents are reading this, sorry about breaking your rule. That’s what I was doing in the basement all that time. Knowing what we now know about the internet, perhaps we can agree that I could have been doing a lot worse. May the light of Saradomin guide you.

Mon Jun 22 , 2020
(Bloomberg Opinion) — Cupertino, we have a problem. On Monday, Apple Inc. kicks off its Worldwide Developers Conference — a week-long annual event for the millions of programmers who create the apps that are enjoyed by roughly a billion iPhone users. It’s meant to be a platform for celebrating the tech giant’s developer community, but this […] 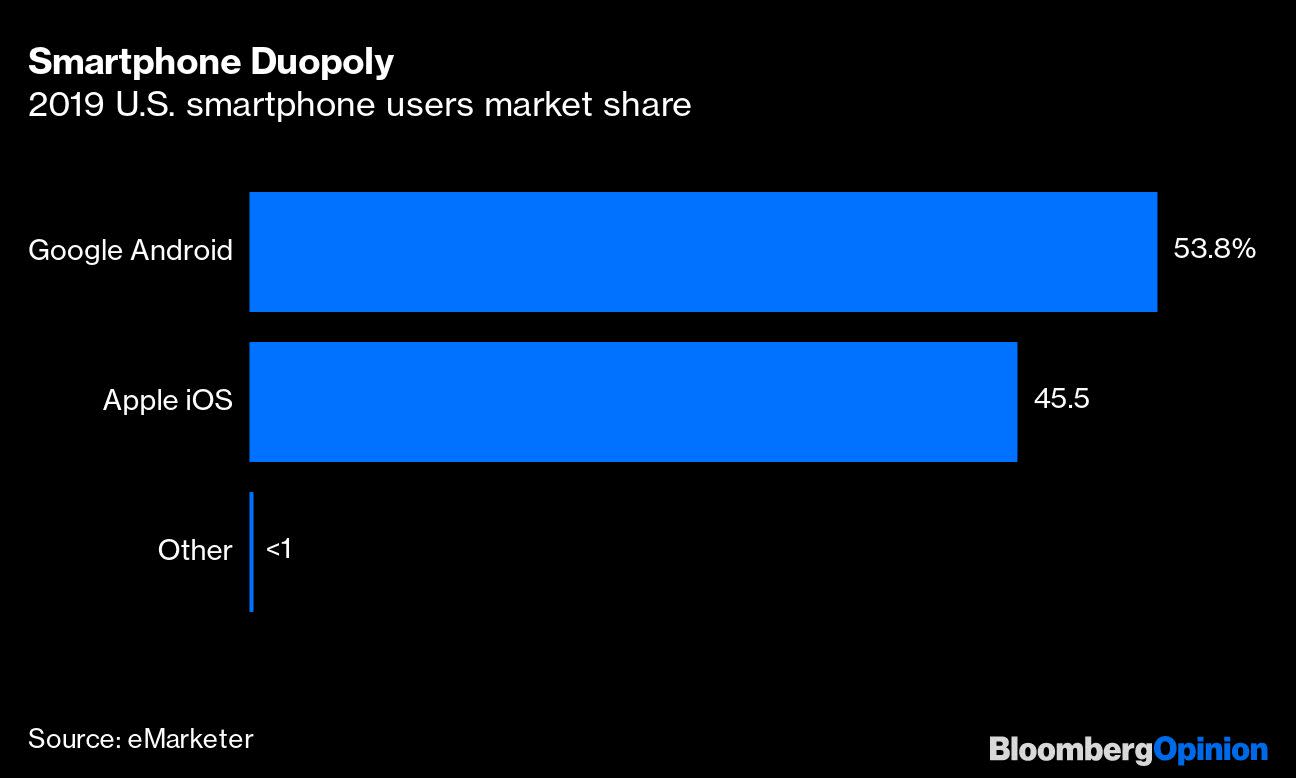