He draws upon his faith and his experiences growing up in a low-income Black neighborhood and later moving to a predominately white one in Charlotte.

“I went from the corner of my neighborhood in Norfolk, Va. to the cul-de-sacs of Ballantyne in Charlotte,” said Arrington, 38. “It was a 180-flip for me.”

The need to connect people drives Arrington to make music and start organizations that support relationship building and expose people to differences.

“I believe we are better together and that comes from my journey of living on both sides of the track,” he said. “I’m a bridge builder. It’s very much a part of me to leverage the power of art to bridge what is divided, whether it’s people, culture or races. It’s very much who I am.”

Checking all the boxes

By the time he was 17, he was producing instrumentals for songs on the keyboard his uncle gave him as a kid. It still sits in his home studio. Arrington’s uncle called him Dae-Lee, a name he now uses professionally.

He played with chords, added drum loops and structural elements to songs. “I’m not a fan of genre-boxes,” Arrington said. “I like things that are appealing, sound-wise. I’ve always been blending genres or sounds together. When I started to put music together myself and release music, the form was definitely hip-hop, but it came from the heart of who I am; I am a Christian.”

Arrington moved to Charlotte in 2001 to attend the Art Institute of Charlotte for multimedia and web design.

He earned an associates degree in applied science and opened PureSolution Web Design, following the entrepreneurial spirit he saw in family members. Back then, the web design business was part of a strategy to support his musical interests and the future family he wanted.

Arrington and his wife, Alexandra, have been married 10 years and have two children. He serves on the Communities In Schools board of directors, the Arts & Science Council’s Cultural Sector Advisory Council, and the YMCA’s Christian Mission and Prayer Breakfast committees.

Early in his music career, he produced “Fig Tree” for Christian rapper, Da’ T.R.U.T.H.’s album, “Open Book.” The album received a Grammy nomination in 2007 for the Best Rock or Rap Gospel Album of the Year.

Predominantly white churches, such as Central Church of God, Elevation Church, and Forest Hill Church, asked Arrington to perform at Sunday services. Often, he was the only Black person in the room. “For the past 12 years, I’ve been what I call ‘The Black Rapper Guy’ in white evangelical circles and services,” he said.

“I was typically the Black guy in these white spaces expressing my heart through the form of rap music. That was the beginning of me saying there’s a need for this and I have a tool, which is my music, that can be used to bridge those gaps.”

Audience reactions varied: “Depending on what church I was at, the response may have been not as well received,” Arrington said. “You’re in a way pushing people out of their comfort zone and what they’re used to.”

Vocalist Ojialah Cook, known as Ahji, met Arrington at New Birth Charlotte during one of his church performances.

They’ve since collaborated on projects. She’s noticed how he brings awareness to real-life situations and makes people feel loved and supported. One of his songs, “Beautiful Struggle,” stands out for her because it’s relatable — people don’t feel alone in their issues, she said.

“He’s not an artist that is self-seeking,” Ahji said. “He uses his music, he uses his platform, his life to serve others. When he writes, when he raps, when he puts together programs for his nonprofits, he does it with the community in mind. He’s a fighter for other people.”

The nonprofit engages the event planners and venue owners who set up activities where musicians are needed. The intent is to expose them to other genres of music. Fair Play makes sure all voices in Charlotte’s music industry are being heard. It’s funded by ASC.

“I think the work they’re doing with Fair Play is essential,” said Rick Thurmond, senior vice president for community and economic development for Charlotte Center City Partners. “Fair Play is taking a proactive approach by partnering with organizations, businesses within the business ecosystem to help lower those barriers or eradicate them to allow everybody a chance to fully participate.”

Fair Play consulted with the U.S. National Whitewater Center last year when it was in the planning stages for a new music festival called “Confluence.” A variety of resources and ideas for musical performances were made available through Fair Play’s team.

Before COVID-19, Fair Play hosted a Music Community Hang at locations around Charlotte. It’s a place for people in the music industry to get to know one another. Most recently, Fair Play has moved to Digital Hangs.

Greg Cox, a Charlotte musician and creative artist, credits Arrington with changing the trajectory of Charlotte’s businesses and organizations by introducing diverse artists and activists to the platform. Cox says Arrington has built trust, brought awareness, and made it more comfortable for people of color to participate.

“You have people who are quiet and working behind the scenes to unify,” Cox, said. “That’s who Dae-Lee is.”

Arrington worked with local organizations such as Charlotte Center City Partners and CreativeMornings/Charlotte to help bring a diversity of musical talent to the programming.

When Charlotte is Creative founders Tim Miner and Matt Olin asked Arrington to participate in CreativeMornings, he performed “Imagine,” a song he wrote after the 2014 shooting death of Michael Brown Jr. in Ferguson, Mo.

“Dae has introduced us to some amazing musicians, many of whom have played the CreativeMornings stage,” said Olin, adding that part of the mission of CreativeMornings/Charlotte events is to “shine a light on the vast array of creatives and creative endeavors at work in our city.”

In 2019, Arrington, David Butler and Davita Galloway saw a need in the Charlotte community: Artists and creative entrepreneurs in the Black community were being left out of conversations about funding and grants.

“We are very laser-focused on serving the Black community,” Arrington said. “Our job is to come in and help (organizations) connect with the communities… they are disconnected from.”

Hue House’s nonprofit division hosts a monthly event called “The Block.” It’s open to everyone but is meant as a safe space for Charlotte artists, creatives and entrepreneurs of color.

“I use music to open minds to these issues and open the dialogue for ‘Oh, man, I guess we do judge each other by the skin on our face,” Arrington said, “and to ask the right questions and hopefully have safe spaces where you can ask those questions.”

What: The Block: Power of Collaboration is part of Hue House’s monthly event series. It is a safe space for discussion and is “focused on informing, equipping and empowering underserved Charlotte artists, creatives and entrepreneurs of color.”

This story is part of an Observer underwriting project with the Thrive Campaign for the Arts, supporting arts journalism in Charlotte.

Want to get more arts stories like this delivered to your inbox? Sign up for the free “Inside Charlotte Arts” newsletter at charlotteobserver.com/newsletters

You can also join our Facebook group, “Inside Charlotte Arts,” at https://www.facebook.com/groups/insidecharlottearts/

Wed Jun 24 , 2020
New US research has found that “mommy brain,” which is thought to leave new mothers feeling forgetful and less able to pay attention to things, doesn’t last, and in fact, a mother’s attention may actually improve. Carried out by researchers at Purdue University, the new study looked at 70 non-mothers […] 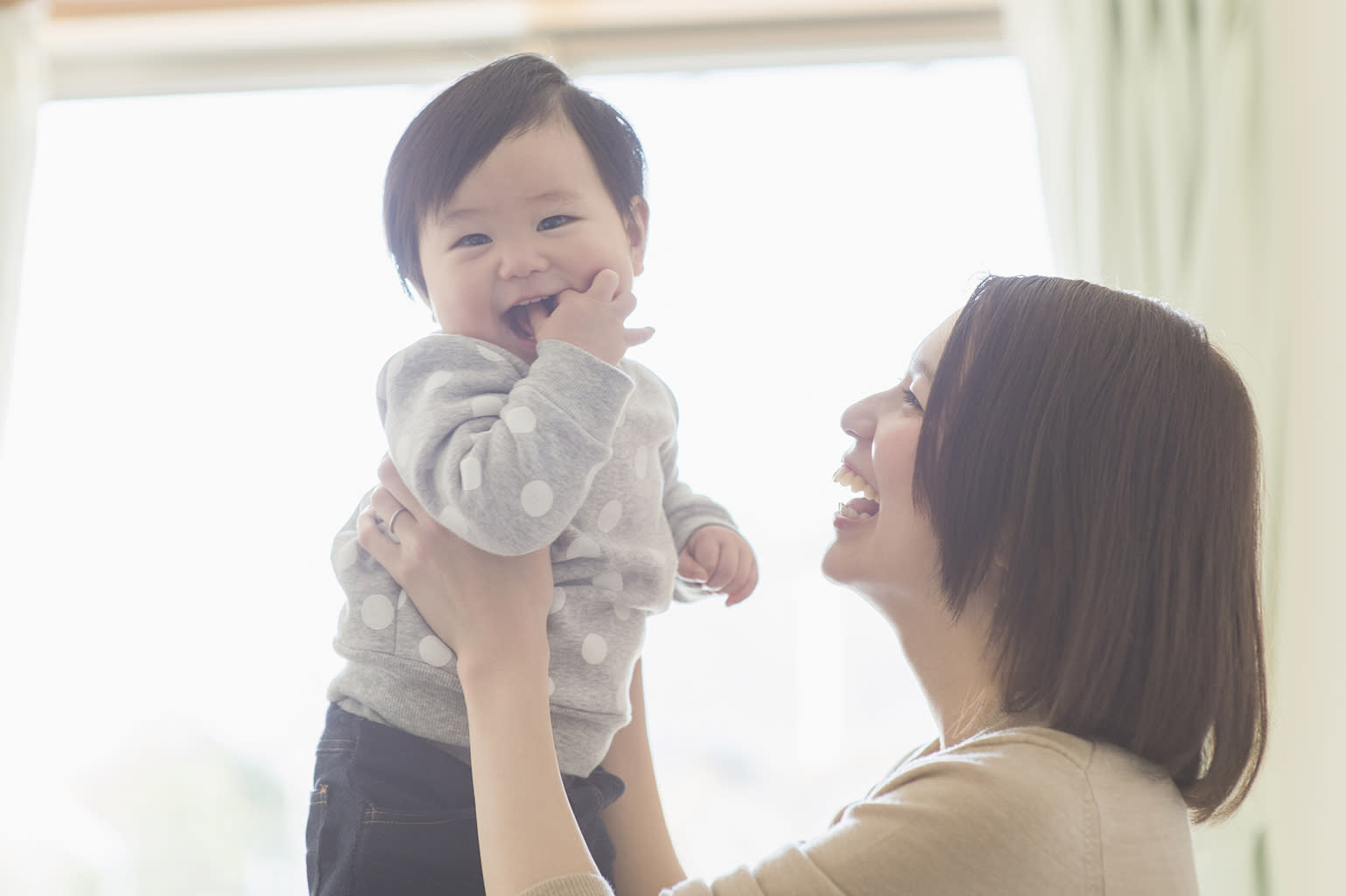