Recently, we reported on automakers admitting that Tesla has a lead on several key areas of developing and building electric vehicles.

Volkswagen has been quite open about the fact that it has fallen behind when it comes to software and that Tesla has taken the lead.

Hebert Diess, chairman of Volkswagen, even said that the company is implementing what he internally called the “Tesla catch-up plan” in order to close the software gap between the German automaker and Tesla.

Now Tesla CEO Elon Musk said that they are willing to help.

In response to those recent comments, Musk wrote on Twitter:

The CEO even said that Tesla would be willing to license Autopilot, though he had said in the past that it would be difficult to implement.

There’s a limit, though. Tesla is not going to share its in-car fart machine technology:

Tesla used to supply powertrains and batteries to Mercedes-Benz and Toyota, who both used to be Tesla shareholders, but they stopped in 2015 after ending all their programs.

In 2014, Musk announced that Tesla is “open-sourcing” its patents to help other automakers accelerate electric vehicle development.

However, the move has been criticized for not being “open-sourcing” in the true sense of the word since Tesla only “pledged” not to sue any company using its patented technology “in good faith.”

The difference resulted in not many companies actually using Tesla’s patented technology.

When Tesla stopped supplying powertrains and batteries to Daimler and Toyota, Elon said that Tesla was constrained by battery supply and needed all the batteries it could get for its own electric vehicle production.

This seems to still be true today and for the foreseeable future according to comments Elon made as recently as last week.

On the other side, automakers need to want to rely on Tesla for those and there might be a few interested parties, but I think most automakers want to develop their own expertise in what is becoming the new life and blood of the auto industry.

As for software, I don’t know what that would look like.

I know about software licensing deals in the auto industry like what Polestar has with Google’s Android, but I am not sure Tesla could have a similar deal.

There’s also battery management software, Autopilot software, over-the-air update software, and many other uses of software inside the cars.

I’d be curious how a licensing deal for some of those products would look like.

What do you think? Let us know in the comment section below.

Sun Aug 2 , 2020
As scheduled, Nubia launched its much-awaited flagship gaming smartphone dubbed Red Magic 5S. This new smartphone succeeds in the previously launched Red Magic 5G which was launch back in March. It’s safe to assume that the new Red Magic 5S is an improved version of the Magic 5G that brings […] 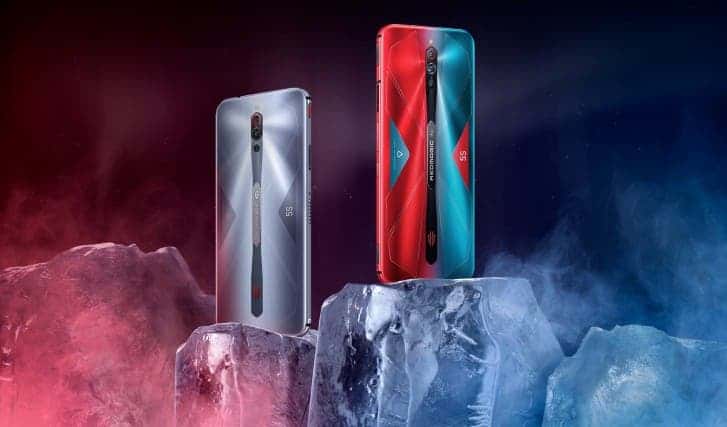