More Indiana schools are using eLearning in the wake of the COVID-19 pandemic. Here’s some advice to make it a success for students, teachers and parents.

Many children will be learning on an iPad or a laptop this fall as some school districts are starting the school year remotely and others are allowing students to take classes at home.

In response to the ongoing pandemic and the need for further virtual learning, districts across Central Indiana incorporated plans to bring devices to all students.

A survey of Indiana districts conducted from March 6 to April 3 found that 57% of traditional districts had enough devices for students in every grade to have their own — also known as being one-to-one. And 33% of charter schools were one-to-one at all grade levels, according to the survey.

Gov. Eric Holcomb’s office and the state of Indiana were awarded $61.6 million in Governor’s Emergency Education Relief funds as part of the CARES Act. Schools can use the funding to provide students with devices and high-speed internet, to train teachers on online learning and to plan for remote instruction, according to the Indiana Department of Education’s website.

Subscriber Exclusive:Sign up for Study Hall, our education news email

Schools had to apply for the funding by July 17, and if they are awarded a grant, they can use it to reimburse purchases.

Adam Baker, a spokesperson for the Indiana Department of Education, said in an email on July 30 that he expected the funding to be released within one to two weeks. Last week, he said he did yet know the date of the release. Baker estimates that a majority of the funding will be for devices and internet, but the department will have a better idea of the breakdown of the funding soon.

Some districts have invested in devices this year, including Indianapolis Public Schools, which has bought thousands of devices. The district has spent $12 million on these gadgets this year, said superintendent Aleesia Johnson at a July media briefing.

Many Central Indiana school districts should now be able to provide devices to all students or at least to all remote students. But districts have to consider funding for the devices. IPS, for instance, is able to afford its new devices by using its own funds, several philanthropic sources of funding and CARES Act money.

Internet access is also crucial during the pandemic, but some families lack access to this amenity. Districts are planning to provide some families with mobile hotspots, or they have set up WiFi in school parking lots.

IPS did not have enough devices for all students in the spring and gave younger students learning packets to work on. This fall, the district will teach students remotely until at least October and will supply students in kindergarten to second grade with an iPad and students in third grade and above with Chromebooks. The district also has mobile hotspots for families who lack internet access.

Some did not originally have these devices. IPS parent Isabel Mejia, who spoke through a translator, said she does not have internet or a digital device.

The transition to remote learning this spring was very difficult for Mejia’s daughter, who was in kindergarten at the time.

Mejia said she and her daughter tried to complete the packets as best they could, but she does not speak English, so she wasn’t able to help her daughter very much.

She said she’s very excited that the district is providing each student with a digital device. As of last week, she has not received the device.

IPS said that all of the devices have been distributed to schools, and each school is working on its own plan to deliver the devices to families. Some IPS schools are letting families pick up devices this week.

The district plans to create “learning hubs,” locations where some students can access their digital coursework and receive help. Schools can also provide physical or mental interventions to students at these hubs.

Plans for other districts in Marion County

Other districts in Marion County have also come up with plans to ensure that students can participate in eLearning.

At MSD Wayne Township, all students will receive a device for the upcoming school year, but students who already have a device from last year will keep it. The district has ordered devices and expects that they will arrive before Labor Day. It also plans to provide a limited number of hotspot devices to families this fall.

A district spokesperson for Washington Township Schools, which started the school year fully online, previously told IndyStar that it would be providing students with devices. The district is also giving families hotspots on an as-needed basis.

Of the six public districts in Hamilton County, Hamilton Southeastern Schools — which is the largest of the Hamilton County districts with roughly 22,000 students — is the only one that opted to start the year all virtually and will stay that way through at least Labor Day.

Noblesville Schools, which started on August 4, is providing students with iPads. The district is also providing hotspots for some families and has set up WiFi in all school parking lots, according to Marnie Cooke, the district’s director of marketing and communications. WiFi users have to stay inside their cars and can remain on site only as long as necessary. Child also can’t be unattended in cars.

At Carmel Clay, all K-8 students will have access to a Chromebook, said Colleen Nobis, executive assistant to the district’s superintendent, in an email. Middle school students will start taking the laptops home this year. Virtual students in elementary school and high school can check a device out to use it at home. Nobis added that the district’s student services team will work with families in need of internet access to ensure that students gain access.

Microsoft back in the smartphone business with its new Duo 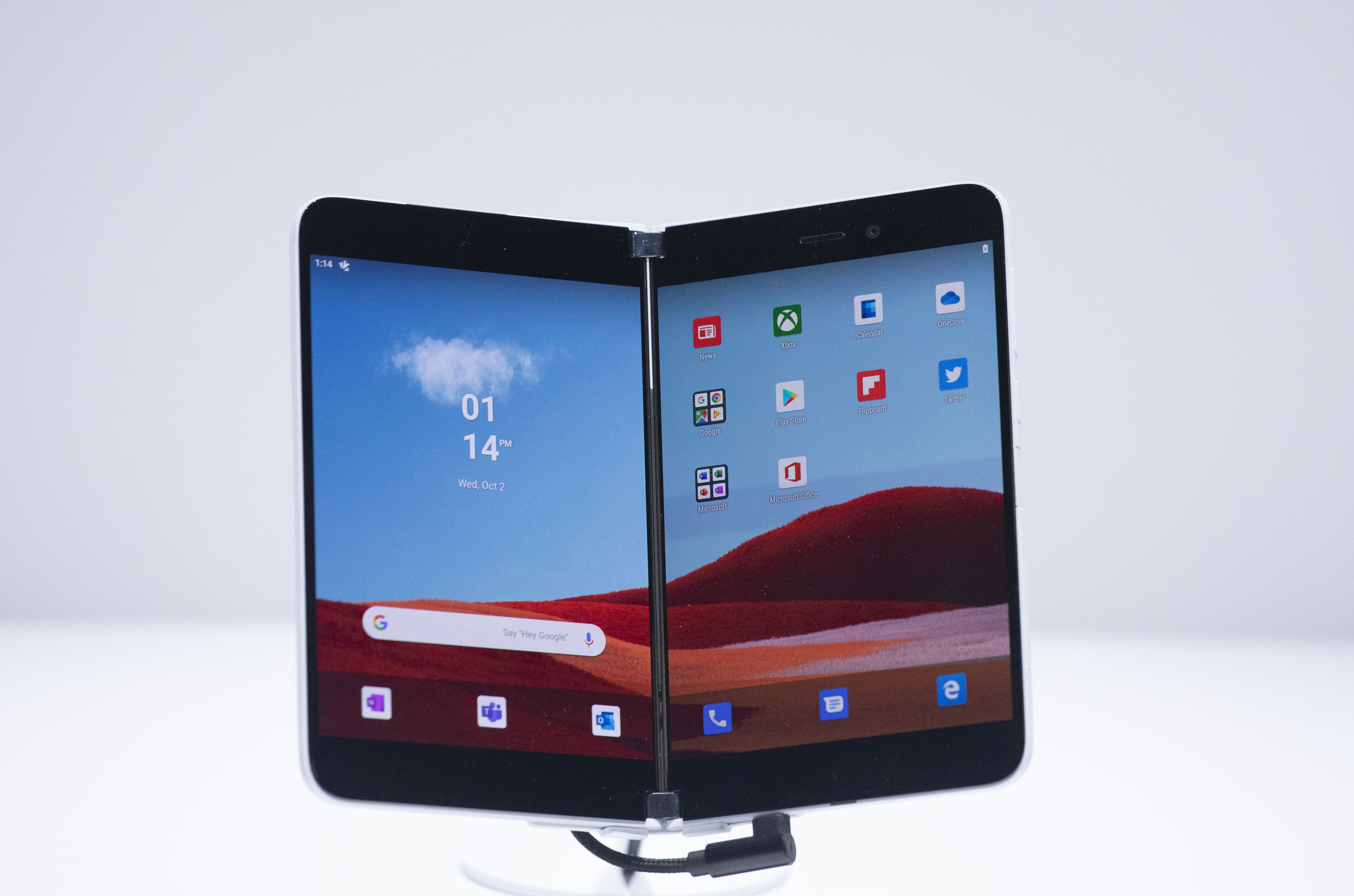