The internet is often a hellscape, but every so often a gift comes along like “Jacked Up.” Reddit user LundgrensFrontKick is going viral this week on the popular news aggregation website after introducing the internet to a fake Adam Sandler movie that is as outrageously and shockingly stupid as many of the comedian’s Netflix originals (see “Murder Mystery” and “The Do Over”). The film, titled “Jacked Up,” has a plot ripped from Sandler’s 12 lowest rated movies on Rotten Tomatoes, from the 0% Western parody “The Ridiculous Six” to the 3% comedy “Jack and Jill,” and has gained such traction online that fan posters are even being created for it.

“Jacked Up” stars Sandler as a personal trainer and shoe salesman named Jack Goodheart. Sandler also stars in drag as Jack’s wife, Janet. It wouldn’t be a Sandler movie without a trip to a beautiful locale so “Jacked Up” takes place at an exclusive resort in Costa Rica that Jack and Janet travel to for their 30th high school anniversary.

The synopsis reads: “During the event, Rob Schneider (playing a terrorist) and his team of henchmen hijack the event and take everyone hostage, including State Senator Chuck Finley (Terry Crews) and presidential candidate Casey Fitzpatrick (Maya Rudolph). During the melee, Jack and Janet escape, and the two use their past military experience and buff physiques to save the day. This PG-13 action-comedy ends with a jet ski chase at the hotel’s lazy river pool that circles the hotel. The film is directed by Dennis Dugan, and co-stars Kevin James, Chris Rock, David Spade, Salma Hayek, Steve Buscemi, Taylor Lautner, Luke Wilson, Peter Dinklage, and Al Pacino.”

“Jacked Up” was born out of a viral joke Sandler told Howard Stern last December during the promotional campaign for “Uncut Gems.” Sandler said that if he did not win the Oscar for Best Actor he was “going to fucking come back and do [a movie] so bad on purpose just to make you all pay.” Sandler wasn’t even nominated for an Oscar, and “Jacked Up” is the brilliantly imagined payback movie that Sandler threatened he would do. The amount of thought that went into “Jacked Up’s” creation is so extensive (including its predicted Tomatometer score of 6%) that it’s worth visiting the film’s Reddit page to see what all the fuss is about.

The viral success of “Jacked Up” brings to mind the fake Kristen Wiig magician movie “AbracaDeborah,” which became the talk of the 2016 Sundance Film Festival despite not being real.

Wed Jun 17 , 2020
Photo credit: The Washington Post – Getty Images From Town & Country The software titan Robert F. Smith and his wife Hope were supposed to be in Malibu in late March. They own two properties there, an $18 million beach house and a $19 million blufftop mansion, more than enough […] 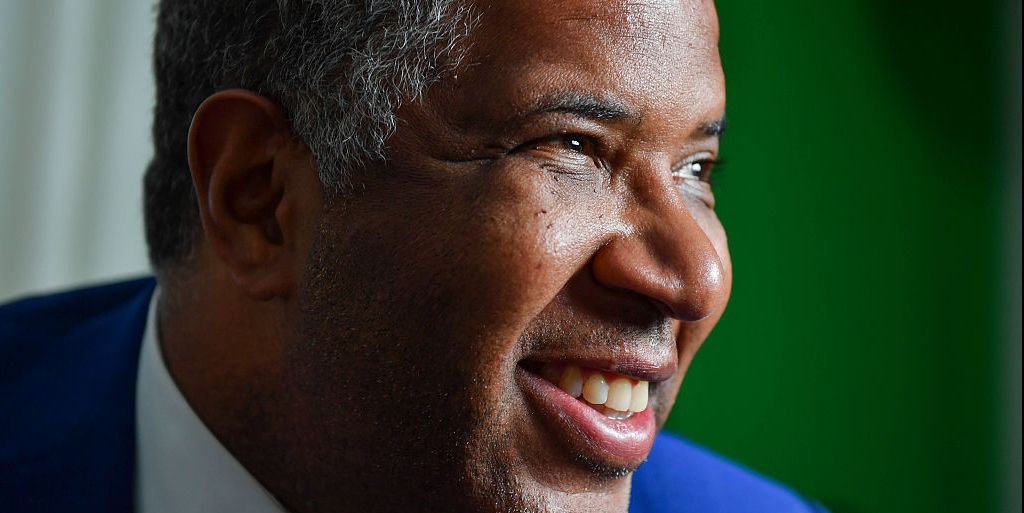