Deavan’s arrival in South Korea to live with her husband, Jihoon, was a disaster from the start — and only set to get worse — on Monday night’s episode of 90 Day Fiancé: The Other Way.

Deavan, 23, and Jihoon, 29, were introduced to viewers on season 1 of 90 Day Fiancé: The Other Way. The couple met online and when Deavan visited Jihoon in Korea, she got pregnant with their now 1-year-old son, Taeyang, during their very first night together. Deavan, who also has a young daughter named Drascilla, decided to move to Korea to be with Jihoon, though moved back to Utah when it became obvious that Jihoon didn’t have his life together. Jihoon still lived with his parents and had serious financial issues. He had no job and on top of that, was in debt due to a criminal past that involved selling iPhones.

During a previous episode, Deavan said she was giving Jihoon another chance and moving to South Korea with her kids again, despite all the signs showing that Jihoon has not changed. For example, Deavan had to find an apartment in Korea to live in online and paid the rent for a month instead of Jihoon handling it. Jihoon also later admitted to his friends that despite assuring Deavan that he had a job, it’s actually just a part-time job that doesn’t make enough money to support their family. He also had no clue about where they’re going to live beyond the month at the apartment Deavan secured herself.

Not surprisingly, Jihoon is nervous about Deavan’s arrival with the kids, and to add to the stress, Deavan’s mom, Elicia, also came along to see that her daughter and grandkids get settled. Jihoon said Elicia is a “strong” woman and has an “explosive” personality, and worried that she would butt heads with his mother, who also isn’t shy about speaking her mind.

Jihoon and his parents eventually picked up Deavan and her mom from the airport, and Deavan was dismayed since she didn’t know that his parents would be there, and wanted to plan better for her in-laws to meet her mother. Elicia and Jihoon’s parents awkwardly met, and their clashing cultures are already evident. Elicia hilariously wrapped up Jihoon’s parents in a big hug and squeezed them, which they definitely were not accustomed to, though they later told cameras that it was “nice.” However, Elicia’s temper started to show as they were getting ready to go to the new apartment, when Jihoon was taking too long to get going.

Already exhausted from the flight, Elicia was on edge as Jihoon’s mother drove, constantly thinking they were going to get in an accident although she was assured that this is just how people drove in Korea. As she continuously dropped F-bombs, Jihoon remarked, “Thank god my mother doesn’t understand the F-word.”

But both Elicia and Jihoon’s mom are shocked when they see the apartment. The apartment looked to be in a bad neighborhood and the house looked dilapidated. At this point, Elicia had a meltdown, and Deavan acknowledged that this is a part of Korea she isn’t accustomed to. Jihoon’s mom was in agreement, and told her son that the location was not good.

“Maybe I’m just a spoiled American but I don’t want Deavan to stay here,” she later told TLC cameras, noting that there was no park or even grass in sight.

In a preview of next week’s episode, Deavan is shown crying and noting that she had nothing in Korea, but also nothing to come back to in Utah. She also tells Jihoon that she is going back to the United States with her mother.

The preview also shows fellow 90 Day Fiancé: The Other Way season 2 star Ariela being stunned at the conditions of the apartment her boyfriend, Biniyam, got her in Ethiopia. Ariela moved from Princeton, New Jersey, to be with Biniyam in Ethiopia, and is expecting their first child together.

ET spoke to Ariela earlier this month, and she defended her “genuine” relationship with Biniyam. Watch the video below for more:

NASA simulates alien sunsets from the solar system and beyond

Tue Jun 30 , 2020
NASA simulates alien sunsets from the solar system and beyond NASA has revealed a fabulous new collection of simulated sunsets, allowing us to see what the view would be like from the surface of another world. When scientists make plans for a new space mission, part of the design process […] 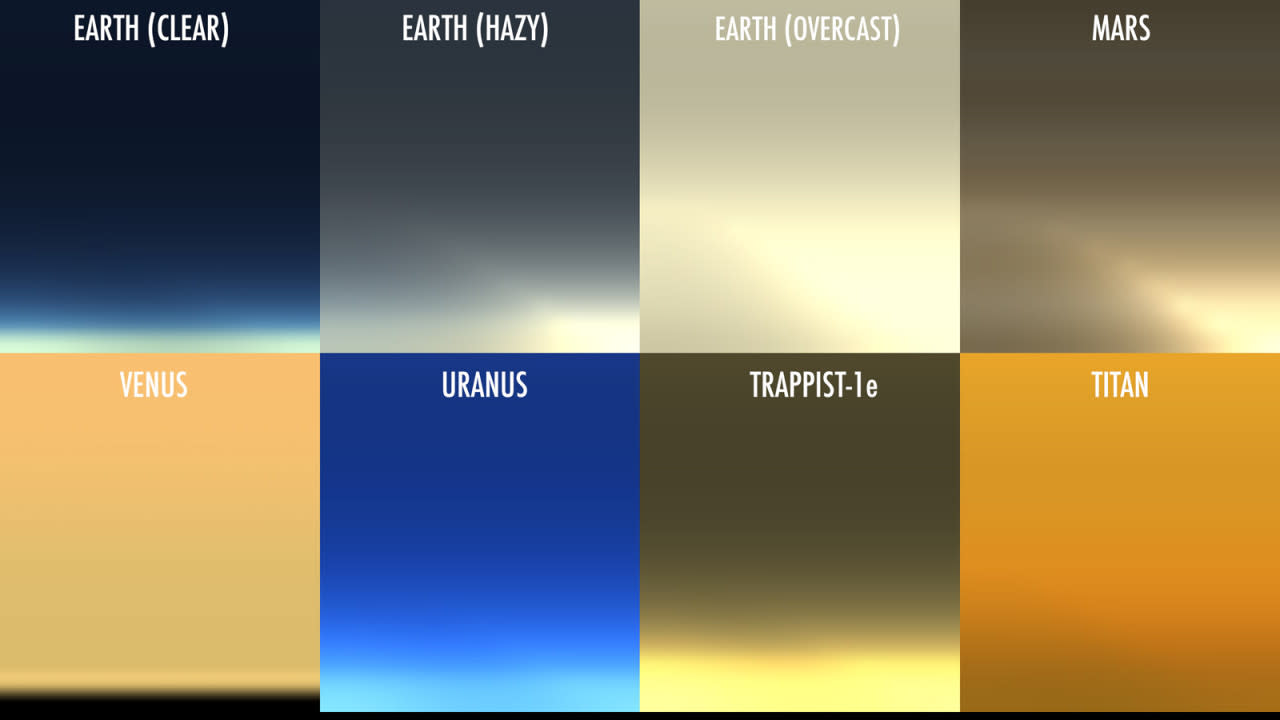