The Covid-19 crisis has driven the UK’s 4,500-strong franchised car dealer network to a Darwinian junction: adapt to survive or risk extinction.

Car dealerships have been open to process sales since early June but demand to splash out on big-ticket purchases has plummeted as the UK enters a huge recession. The Society of Motor Manufacturers and Traders has predicted a 27pc fall in new car sales this year, making it the worst year since 1993.

Meanwhile dealers are looking to save costs where possible. Lookers, one of the UK’s biggest listed dealerships, has announced plans to shed 1,500 staff – almost a fifth of its workforce – and close 12 sites as sales crash due to coronavirus.

Even before Covid, the sector was grappling with the challenge posed by the shift to online. If car dealers need to adapt to survive, what will the dealer of the future look like?

A clue lies in the form of Cazoo – an online marketplace for used vehicles that only launched six months ago. During this period it has clocked up an impressive £50m in revenue and reached a ‘unicorn’ $1bn valuation last month.

“[Automotive] is the biggest retail market in the country bar none,” Chesterman says. “Used cars alone are worth over £50bn a year, and yet the industry hadn’t transitioned at all to online.”

He puts this down to the assumption that hefty price points would act as a barrier but argues that other industries have shown such thinking to be misplaced. “People said it about fashion 10 years ago; it was said about furniture. But a proportion of customers will want to transact in a digital, convenient and transparent way. That’s why we started Cazoo.”

The company dispenses with test drives and instead offers a seven-day, full money-back guarantee. It also promises that the advertised fixed price is the very best possible, thus obviating the need to haggle.

Chesterman is scathing of the arbitrage model that is the bedrock of dealer car sales: “On the same day, in the same geographical area, the price for the same car can be worse for a customer depending on their negotiation ability. So if you and I go to a dealer today to get the same car, we may not get the same deal.”

He notes also that “it ’s very counter-intuitive that the beginning of that relationship [between buyer and seller] would effectively be an argument”.

This bellicose talk doesn’t mean Chesterman is presaging the end of the dealer, however. He believes the traditional and online approaches can co-exist “incredibly well”, and sees Cazoo less as an adversary and more just another competitor.

“Will car sales transition from 100pc offline to 100pc online? Not a chance.” Chesterman is predicting a 10-15pc market share for online sales in the next five years if automotive follows the trajectory of other industries.

Andrew Burn, head of automotive at KPMG, is also predicting a “step change” to online. “A number of dealership groups have been trying to transition to internet sales models… the development of the likes of Cazoo, and the investment it has had, shows there is a clear appetite in this area.”

Burn is sanguine about dealer prospects in an era of greater e-commerce, pointing out that online “increases the market of who you sell to”. He does acknowledge, though, that the trend to consolidation and broadened sales markets will lead to a “thinning out of dealerships” and fewer jobs. Expanded horizons are also a double-edged sword, according to Burn, as “you lose the connection with the customer and ability to get the aftersales”.

This paradigm already exists, most notably in the car buying comparison site Carwow, where motorists enter details of the car they are looking for and participating dealers bid for their custom.

The Carwow model can be viewed as a bridge between the old and new; Cazoo’s model, however, completely circumvents the dealer. Chesterman says he is content to remain in the used car market but his firm’s remarkable performance will not be going unnoticed by vehicle manufacturers.

The age of agency

Justin O’Brien, chair of Surrey Business School, sees online sales as a clear and present danger to bricks and mortar retail. “Dealers selling new cars are very quickly going to be a done deal,” he says.

O’Brien points to Volkswagen, which in May announced it was transitioning sales of its all-electric ID marque to a direct-to-customer agency model. Customers will choose their preferred dealer/agent at the outset, which will organise the test drives, process the transaction and arrange the handover. The dealer does not sell the vehicle, however, as the price is set by Volkswagen. The agent receives a commission from Volkwagen for facilitating this service.

Without control of price negotiation, and with the primary customer relationship centralised, dealers are left without agency.

The model also leaves dealers lumbered with expensive retail space intrinsically tied to new car sales – yet no longer selling the cars. In effect they will become de facto servicing hubs, argues O’Brien, whose importance (and ability to make a profit) will only kick in after three years when the annual MOT cycle begins.

Even then, a hungry independent garage network will be waiting to battle dealers for custom at every turn – usually at significantly cheaper rates.

KPMG’s Burn believes dealer chiefs would be wise to follow a “hub and spoke” model, with just a few main sites centred strategically around transit hubs and a large network of smaller branches to fulfil servicing needs.

Fake reviews should stay online, researchers say. I'm not so sure

Thu Jul 2 , 2020
Perhaps it was inevitable that in this strange era of “alternative facts” and fake claims of “fake news,” someone would make the case for why bogus online reviews are a good thing. Still, that anyone would make such an argument is jarring, especially when it comes from scholars writing in […] 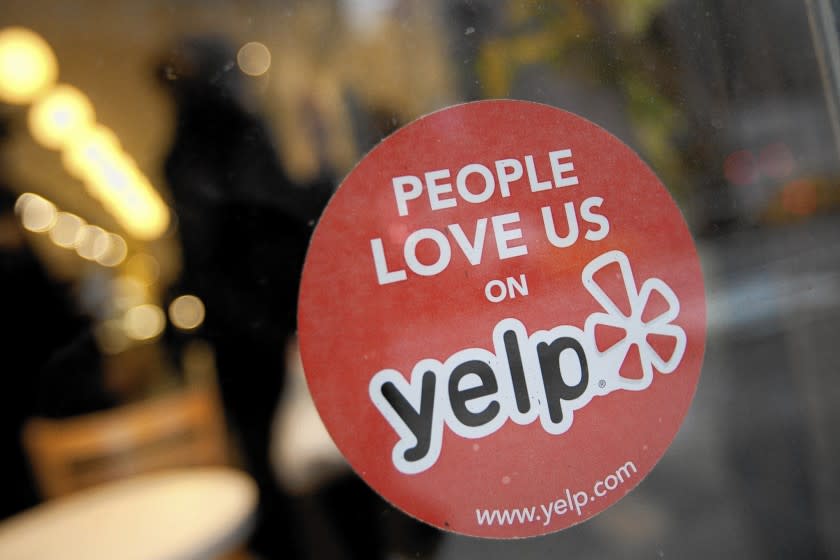