Americans who get the first covid-19 vaccines will be closely monitored by the U.S. Centers for Disease Control and Prevention through daily text messages and emails, according to a federal advisory group.

Essential workers who are expected to be the first recipients will get daily text messages on their smartphones asking about side effects in the first week after they get the shot, and then they’ll be contacted weekly for six weeks, said Tom Shimabukuro, a CDC immunization expert, at a meeting of the CDC’s Advisory Committee on Immunization Practices. Those workers could total about 20 million people, he said.

The advisers also heard that the CDC and the Defense Department have set up technical assistance teams to help state and local jurisdictions develop and implement distribution plans. The plans are due for review and approval by October 16, said Janell Routh, a CDC medical officer.

“We are asking states to think broadly,” Routh told the panel. “In their plans, I think they should have contingencies for whether there’s an ultra-cold product only or whether there’s more than one vaccine available.”

The meeting comes as vaccine hesitancy has become a major political issue, with voices as prominent as billionaire Bill Gates saying he doesn’t trust the CDC under its existing leadership. Polls conducted in the past two months show a majority of Americans worry development of the vaccine is being rushed and a third wouldn’t get inoculated.

Quick detection of safety signals “is of paramount importance,” Shimabukuro said, noting the data gathered “can also provide reassurance if no concerning safety signals are detected.”

People would have the option to opt out of the smartphone program, Shimabukuro said, responding to a question about public safety concerns. But those who have opted out can also decide to opt back in at a later time, he said.

The advisory group will counsel Robert Redfield, the CDC Director, on how best to get a Covid-19 vaccine to Americans. A vote on specifics, though, won’t occur until after the U.S. Food and Drug Administration takes action on a vaccine, according to Beth Bell, chair of the panel’s Covid-19 vaccines working group.

When the advisory group met in August, Bell, a global health professor at the University of Washington, said a vote on an interim distribution plan would be possible at the Tuesday meeting, but not definite.

The committee is made up of 15 voting members, who are mostly medical experts and academics, as well as government and medical industry representatives.

Asked about plans to make sure vaccination sites are both safe and secure, Routh said the HHS plan does not yet address that. Routh said the CDC conducted a safety exercise with Operation Warp Speed a few weeks ago and are working on an update on safety and security for the HHS playbook.

Every jurisdiction is “heavily involved right now in planning” and have been for some time, Routh said. It’s unclear whether states will know which vaccine could be first available. Each has different storage requirements with some needing extremely cold storage.

Candidates include a vaccine Pfizer Inc. is developing with BioNTech SE as well as shots from Moderna Inc. and AstraZeneca Plc in collaboration with Oxford University. All are still in the last phase of clinical trials.

Kathleen Dooling, a CDC epidemiologist who presented to the immunization panel last month, said 10 million to 20 million vaccine doses would be available in November, if a vaccine is approved before then.

Timelines have diverged from there with some in the Trump administration anticipating there will be enough vaccine for most Americans by April and others also in the administration, particularly health officials, projecting nationwide coverage further out past the middle of 2021.

More on the coronavirus outbreak

Sun Oct 18 , 2020
Millions of people are passionate about staying healthy. Achieving this goal will require both hard work and the help of professionals. Diagnosing and treating serious ailments is a lot easier for modern healthcare professionals thanks to countless innovations in the field of medicine. These professionals use everything from exosome […] 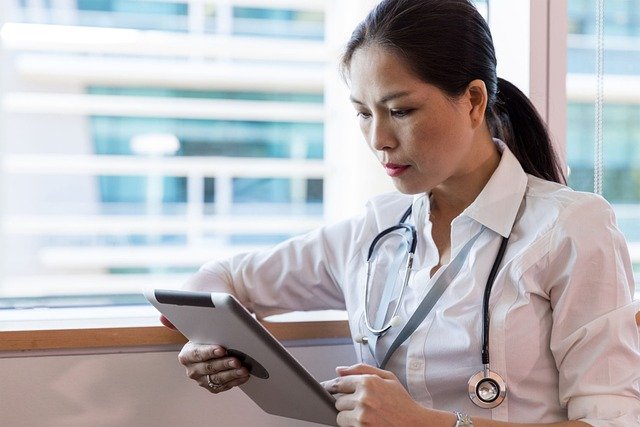