The stock market isn’t usually considered an ally of cryptocurrencies, but with the big U.S. exchange Coinbase now rumored to be considering a share listing, some digital-asset industry insiders say a move toward more public ownership could accelerate mainstream adoption.

By becoming publicly traded, cryptocurrency-focused companies could appeal to investors in the $35 trillion U.S. stock market. Back-of-the-envelope math shows that just a 1% allocation into crypto stocks could mean $350 billion of new investments for companies in the space. Compare that with the $287 billion total market value of digital-asset markets, and suddenly there’s a lot more capital going into the industry, even if it’s not directly into cryptocurrencies.

You’re reading First Mover, CoinDesk’s daily markets newsletter. Assembled by the CoinDesk Markets Team, First Mover starts your day with the most up-to-date sentiment around crypto markets, which of course never close, putting in context every wild swing in bitcoin and more. We follow the money so you don’t have to. You can subscribe here.

Related: Ether Leaves Bitcoin Behind With 2020 Gain of Over 100%

New listings and initial public offerings would also be sure to generate a raft of coverage on analog-world TV channels like CNBC, while the Wall Street Journal and Bloomberg News publish ostensibly breathless headlines on first-day trading action. No publicity is bad publicity, and all this just gives digital-asset companies generous exposure to a broader swath of potential investors who typically only deal in stocks.

Steve Ehrlich, CEO of the crypto brokerage platform Voyager Digital, which has been publicly traded on the Toronto Stock Exchange since February 2019, told First Mover in a phone interview that stock-market listings promise a whole new vista for the cryptocurrency industry.

“We always felt that being a public company was something that was necessary in the crypto space,” Ehrlich said, over the phone. “It’s great for the industry.”

A handful of crypto companies have already gone down the route of listing shares.

According to CoinDesk Research, there’s more than two dozen publicly-traded firms, from the the bitcoin-mining firm Argo, which listed on the London Stock Exchange in 2018, to the bitcoin-mining computer maker Canaan, which listed depositary receipts on the Nasdaq late last year. Bitmain, another mining-computer manufacturer, previously considered an initial public offering (IPO) in Hong Kong in 2018 and is rumored to be exploring a listing in the U.S.

Earlier this month, industry sources told Reuters that the San Francisco-based exchange Coinbase, worth approximately $8 billion at its last valuation, was seriously considering a direct listing in 2021.

Just this week, the Alibaba affiliate company Ant Group announced it was planning an IPO in both Shanghai and Hong Kong at a reported $200 billion valuation. Although the company is best known for its payment app Alipay, the Hangzhou-based company also runs its own highly scalable blockchain network and is believed to be one of the planned primary issuers for China’s digital yuan.

Should it go through, the dual IPO would arguably make Ant Group the largest company operating in the blockchain space.

Ehrlich, a long-time entrepreneur who previously served as a top executive at the online stock-trading firm E*Trade, said he welcomed the news that companies like Coinbase were now considering share listings.

According to Ehrlich, not only can auditors scrutinize Voyager’s financial statements, they can also help to make sure company operates in an ethical and regulatory compliant manner. That could provide the accountability, transparency and comfort demanded by investors, especially for a still-maturing industry that has been pocked by controversies, scams, hacks and fraud.

Binance, the largest exchange in the world, has resisted calls to divulge the location of its headquarters. Tether, the $10 billion stablecoin, is dogged by allegations that the token is not properly backed by dollar reserves. Just this week, the CEO of Canadian exchange Coinsquare was forced to resign after the local regulator found the exchange regularly made fake trades on the platform.

“Our customers love it, the transparency that comes with it,” Ehrlich said.

Yet another benefit: More listings might allow stock investors to bet on individual or multiple executive teams and strategies within the cryptocurrency industry. That way they’re not limited to putting all eggs into the bitcoin basket, as envisioned by proposed issuers of a bitcoin exchange-traded fund, which has yet to win approval from the U.S. Securities and Exchange Commission.

It goes without saying that a bet on Coinbase would represent a bet on broad growth in digital-asset markets, including “altcoins” like ether and litecoin.

Grayscale, which offers cryptocurrency funds known as “trusts” that trade like stocks, reported last week that total capital inflows into non-bitcoin products had climbed seven-fold in the past 12 months. (Grayscale is a unit of the investment firm Digital Currency Group, which also owns CoinDesk.)

More stock listings could satiate growing investor appetite for exposure to a broad range of cryptocurrencies, similar to the way a mutual fund might buy a big, vertically integrated energy producer like Exxon for exposure to oil, natural gas, refining and retail distribution — without ever having to venture directly into commodities markets.

In an industry where market-leading companies can get away with not disclosing their headquarters, the trend could help bring a much-needed dose of transparency and trust to the digital-asset space.

The leading cryptocurrency by market value is changing hands around $9,560, representing a very slight decline on the day. Bitcoin was rejected near $9,700 during Thursday’s U.S. trading hours. Prices are still up over 3% on a week-to-date basis.

The weak tone seen at press time could be associated with the renewed risk aversion in traditional markets. The major European stock markets are down over 1% at press time seemingly due to China-U.S. tensions. China has announced the closure of the U.S. consulate in the southwestern city of Chengdu in retaliation to the U.S.’s recent decision to shut down Beijing’s diplomatic mission in Houston.

While bitcoin may face selling pressure, the immediate bullish bias confirmed by Tuesday’s 1.5% gain would be invalidated only if prices find acceptance below $9,480.

A strong bounce from that level would reinforce the immediate bullish bias and shift the focus to $9,800 – the resistance of the trendline falling from the December 2017 to June 2019 highs.

Fri Jul 24 , 2020
Choosing a foundation can be so tricky. When you’re shopping for a new one, it can feel like you’re Goldilocks searching for the product that is just right. And when you get your hands on the holy-grail foundation for you? Well, you hold on to it for dear life. There are a lot of […] 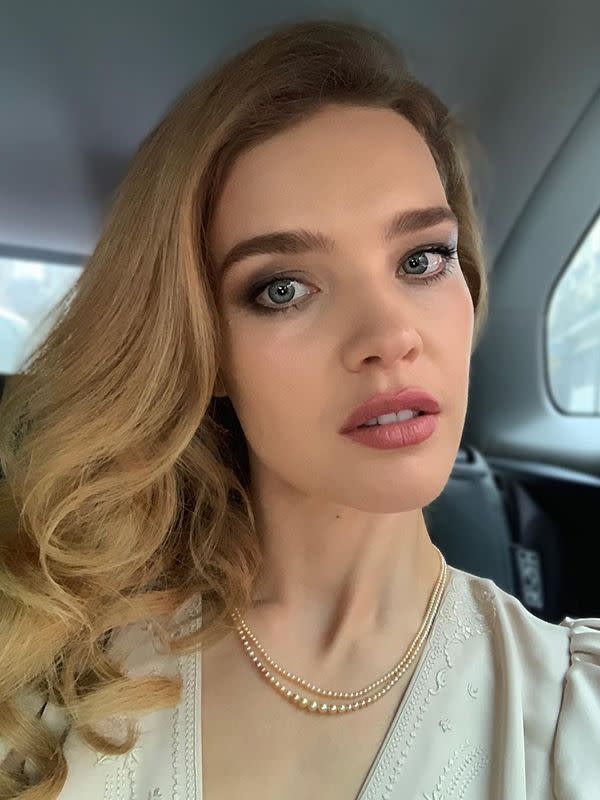