Comic-Con is going virtual this year, and though the 2020 installment of the annual event isn’t taking place in the usual San Diego Convention Center, the upcoming [email protected] festival will still feature plenty of panels and high-profile exhibitors.

Event organizers have begun to announce the schedule for the upcoming virtual event, which will be free and open to the public. Comic-Con revealed its July 22 lineup on Wednesday, while Amazon has announced a handful of panels for July 23. The rest of the online event’s schedule will be announced daily through Sunday.

Check below for the Comic-Con schedule (all times are Pacific Standard):

Comics in the Classroom Ask Me Anything: Pick the Brains of Teachers, Administrators, Creators, and Publishers: Panelists will discuss integrating comics into classrooms.

GeekED: Re-storied: Re-imagining creative privilege: A discussion about getting more diverse voices into entertainment and how the narrative landscape is evolving in schools, life performances, and digital experiences.

Teaching and Learning with Comics: Susan Kirtley (Portland State University), and Antero Garcia (Stanford University) will lead a panel on the practical activities and theory involved in teaching with comics.

Books for All: It’s Time to Redefine How We Share Books With Kids: A panel on how teachers, librarians, creators, and parents can share impactful and diverse comics with kids of all ages.

Comics as a Conduit: A panel that will highlight comic books that tackle real world issues, be it environmental activism, civic engagement, physical and mental health awareness, and other topics.

GeekEd: “Watchmen” and the Cruelty of Masks: HBO’s “Watchmen” put forth the idea that “masks make one cruel”. On college campuses, many people, both students and non-students have taken up virtual masks to make statements and take actions that would not be acceptable if done in public. Educators will share their thoughts about the power of masks and how “Watchmen” and other comics show people a path towards heroism or villainy.

License to Thrill: Graphic Novel Adaptations for Kids: A discussion about adaptions of graphic novels.

Make Programming Your Superpower!: A discussion on how to create effective and engaging programs youth of different age groups.

Conspiracy Theories and Propaganda Throughout Pop Culture: A panel that will trace conspiracies and propaganda throughout comics, shows, and movies, and how they correlate to the current climate of increased conspiracy theories.

GeekEd: College and the Nerd Mind: Educators and mental health experts will share how they have applied their passion for fandom and the lessons they’ve learned from superheroes to develop new practices to students.

Words and Pictures Working Together: Strategies for Analyzing Graphic Texts: A crash course in text analysis for graphic novels, including demonstrations on how to lead students in analyzing the elements of comics and the unique combination of art and text, share resources, and discuss challenges.

Comic-Con Celebrates 15 Years of Eisner Librarians: A panel where librarians who served on the Eisner Awards jury will discuss their experiences.

Comics on Campus: Fandom at Academia: This panel provides an inside look at new courses by the professionals and academics who are bringing geek culture to campuses nationwide

Spirit Skies: How to publish an International youth comic in the Age of Covid-19: A discussion on the the impact of the coronavirus on cross cultural artistic exchange and how people can publish their work during the ongoing pandemic.

Teaching Graphic Novels Online: A discussion on how graphic novels can inspire and enrich online classroom lessons for students grades 3 and up.

Prime Video’s “Truth Seekers” panel will feature Simon Pegg, Nick Frost, James Serafinowicz, and Nat Saunders. The 8-episode series centers on a team of part-time paranormal investigators who team up to uncover and film ghost sightings across the United Kingdom.

Thu Jul 9 , 2020
(Bloomberg) — Emerging-market investors may have identified the assets that offer sustainable post-pandemic returns. Now they just need to find more of it. The worst crisis since World War II is prompting some fund managers to rethink their strategies in a world with $13.7 trillion of sub-zero yielding debt and […] 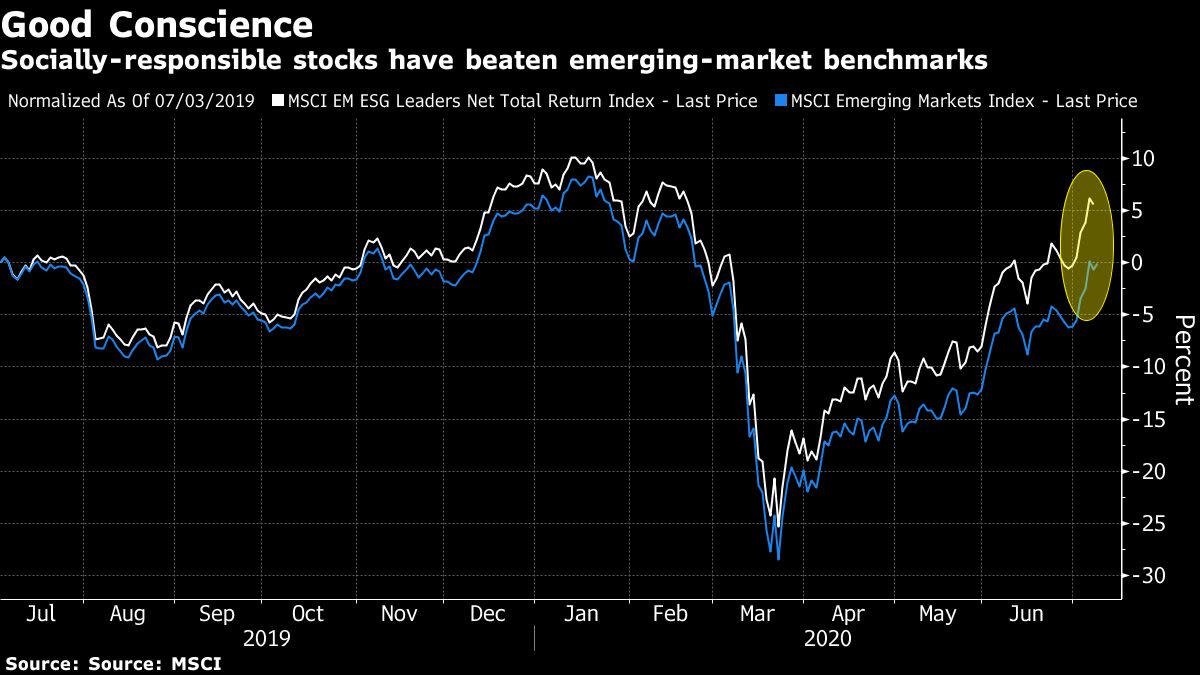