An independent audit faulting Facebook for decisions that were “significant setbacks” for civil rights shows that Mark Zuckerberg’s vast power over the social media company must be reined in, activist Rashad Robinson told USA TODAY in an exclusive interview.

Robinson, president of online racial justice group Color of Change, urged lawmakers to demand accountability from Zuckerberg when he appears before Congress later this month as part of a sweeping investigation into the market power of some of the world’s largest and most powerful technology companies.

The 100-page civil rights audit, commissioned by Facebook and released Wednesday, concluded that Facebook’s lack of civil rights expertise could have far-reaching repercussions, including suppressing voter turnout in the November election.

“Many in the civil rights community have become disheartened, frustrated and angry after years of engagement where they implored the company to do more to advance equality and fight discrimination, while also safeguarding free expression,” wrote the auditors, Laura Murphy and Megan Cacace, who are civil rights experts and attorneys.

What civil rights groups want: For Facebook to stop hate speech and harassment of Black users

The finding comes as the company faces a growing backlash from civil rights groups and hundreds of advertisers who are boycotting Facebook over the spread of racial hatred and violent threats on its platforms and the controversial decision not to remove inflammatory posts from President Trump.

Criticism of the company has intensified since nationwide protests over the death of George Floyd brought the issue of racial justice to the forefront. Facebook maintains it is making strides in identifying and removing misinformation and other harmful and divisive content.

“Long term, we need new rules of the road for these companies. Mark Zuckerberg has far too much power, more power than any individual should have, but especially an individual with no deep understanding or appreciation for civil rights,” Robinson told USA TODAY.

This interview has been edited for length and clarity.

Q: The civil rights audit, which found that Facebook’s choices led to “significant setbacks for civil rights,” seems to echo what you’ve been saying about and to Facebook for years now. What was your reaction?

A: My reaction was some relief that the independent audit actually said the things that we had been saying out loud. It’s always good to have confirmation from others especially when you are being gaslit by a multibillion-dollar corporation with unlimited resources to take on PR campaigns, and has even run PR campaigns against you.

Q: Facebook has said finding and removing hate speech is a priority going forward, but auditors expressed uncertainty that Facebook would take needed action. What would you say to Mark Zuckerberg?

A: Unfortunately, growth and profit are the things that drive Mark day in and day out. So unless he is willing to prioritize security, safety and integrity of the platform, then we’re going to just continue to run around in circles. That has been part of the ongoing challenge where I feel like each time I am with Mark, I feel like I am reexplaining something that I already explained.

A: Mark Zuckerberg and a lot of his staff see civil rights through a left-right paradigm. They will consistently, when they are talking about civil rights, make it a partisan issue. And I have to constantly remind them that this is not left or right; this is right and wrong.

A: I’ve been very clear with them that the audit and our demands are just a list of things that need to be done. We are focused on execution and impact. It’s unclear whether or not Facebook will take on this set of recommendations from the audit.

Q: Mark Zuckerberg has said Facebook should not be an arbiter of content on its platform. Do you think that position is unsustainable at this point?

A: The idea that he’s leaning on around free expression ignores civil rights laws and does not recognize the legacy of how certain communities have been targeted. We have gone round and round about this “looters and shooters” post from Donald Trump. Facebook tells us they have an exception for these types of posts if political leaders are warning the public about use of force by the state. I say to Mark, “If you don’t know history, you don’t know that’s a call to vigilantes.”

Q: Will the civil rights audit’s finding be a boost for the Stop Hate for Profit campaign?

Q: What would you ask Facebook users to do?

A: The public needs to start pressing their political leaders about what they are going to do. Right now, the rules of the road for these companies were written before these companies were the size and scope that they are and some of these rules were written before they even existed. We have weak rules that do not hold them accountable and allow for a person that has amassed far too much power to play God over our democracy, over our media and over our economy.

Wed Jul 8 , 2020
A vote will take place on Thursday to determine whether offensive words will be banned Leaders of the Scrabble tournament community in North America are voting on whether to ban the use of racial and homophobic slurs. The vote will decide whether the words will be removed from the North […] 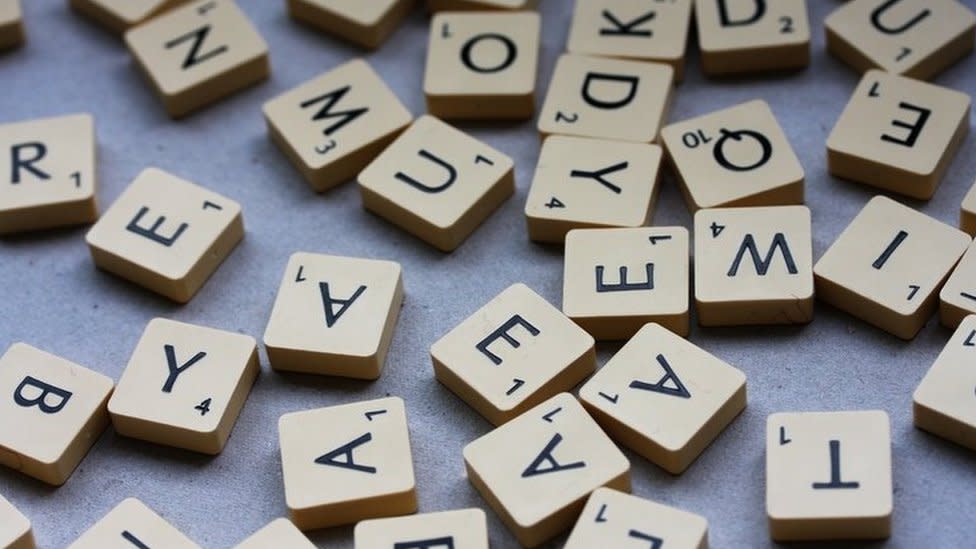