(Bloomberg) — During a series of Cisco Systems Inc. online all-hands meetings on race in early June, some workers posted comments in message channels that other staff and company management said were demeaning to Black people, exposing racial divisions at the Silicon Valley tech giant and leading to the dismissal of a number of people.

During the first videoconference on June 1, following the killing of George Floyd by Minneapolis police, Chief Executive Officer Chuck Robbins spoke with Ford Foundation President Darren Walker, who is Black, and Bryan Stevenson, a Black lawyer and author who founded the Equal Justice Initiative, in front of 30,000 employees. The conversations about race continued in subsequent online global staff meetings.

“Black lives don’t matter. All lives matter,” one worker wrote in the comments during one of the virtual all-hands meetings, according to screen shots obtained by Bloomberg. Another said the phrase Black Lives Matter “reinforces racism” because it singles out one ethnic group. “People who complain about racism probably have been a racist somewhere else to people from another race or part of systematic oppression in their own community!” a third worker wrote in the chat section visible for all those online.

Cisco, the world’s largest networking company, said it fired “a handful” of workers for inappropriate conduct because it “will not tolerate” racism. Bloomberg News wasn’t able to confirm the identities of all the fired workers so chose not to name any of them.

Floyd’s death in late May under the knee of a Minneapolis police officer re-energized the Black Lives Matter movement and prompted a nationwide reckoning over the role of race in American life. Many technology companies, including Cisco, responded by affirming their support for equal rights and opportunities for Black Americans, donating to groups leading those efforts and educating their workforces on the struggle for racial equity.

Executives have publicly positioned themselves against racism, but some workers inside these companies are chafing at the new focus on race. The incident at Cisco is just one example of a company facing an internal backlash to its support for racial justice.

The conflict has intensified questions about how these largely forward-thinking companies should manage employees with differing views on race. While Cisco fired some workers, other tech companies facing dissent, such as Microsoft Corp.’s LinkedIn and HashiCorp Inc., have taken different approaches such as increased employee training. Automaker Toyota Motor Corp. dismissed U.S. workers involved in a video that mocked Floyd’s death.

“Employers should be striving for zero tolerance when it comes to racism and discrimination, period,” said Kristen Clarke, the president and executive director of the Lawyers’ Committee for Civil Rights Under Law. “The protests we’ve seen in the streets have become part of our new normal and will eventually make their way inside workplaces if employers fail to meet the moment.”

Cisco said 237 of 10,400 comments made during the June 1 videoconference objected to what was being presented or disagreed that the meeting should even be taking place. Most of the messages expressed praise for management, making the minority of reactionary posts stand out and sparking responses from other staffers. The posts, written while Robbins was announcing a $5 million donation to groups combating racism, shocked some executives.

“I just felt sad to see it,” Francine Katsoudas, Cisco’s executive vice president and chief people officer, said in an interview. “I felt a ton of empathy. I knew that for the African-American and Black employees that were in the meeting, that it was heartbreaking to see that.”

After the first meeting, Katsoudas and her team discussed the comments so they could address what went wrong. The following week during a worldwide videoconference with staff, she read some of the most offensive posts and explained what the San Jose, California-based company considered legitimate debate.

“You have a framework where red absolutely is crossing the line,” Katsoudas said. “But if someone has a question or they don’t understand something, there’s a way for them to ask that question. We went through and just placed things on that spectrum.” In 2019, 3.8% of Cisco’s U.S. workforce and 2.2% of leaders and people managers were Black, according to the company’s diversity report.

“A few” employees who had written some offensive posts during the video meetings sent notes acknowledging their mistakes and said they were learning, Katsoudas said. But the remarks remained seared in the minds of some Black employees, who were shocked by the audacity of the display.

“Wow…and these people work at Cisco?” one outraged employee wrote. “If they are bold enough to say those things at work for all to see, imagine what is said behind closed doors.”

Several employees said Cisco was guilty of hypocrisy because it wanted to silence those who disagreed with the movement to improve Black lives. “No place for contradictory opinions or feelings,” one wrote. “Wow. This is my first and last comment, then.”

LinkedIn, a social network for professionals, also held an all-employee meeting about racism last month that ended up mired in bitterness, an event that was reported earlier by the Daily Beast. The company had an anonymous comment section, which some workers filled with vitriol against Black people. Among the posts were those saying Black people weren’t hired as much because they weren’t qualified; that LinkedIn was trying to foist White guilt on workers; and that law-enforcement killings of Black people weren’t important because more African-Americans were murdered by members of their community.

The meeting devastated many Black employees, who were outraged by the remarks and became suspicious of some of their White colleagues, according to people familiar with the situation. Since the meeting, some Black workers at LinkedIn have been angered by what they see as a failure by senior executives to adequately respond to the incident, said the people, who weren’t authorized to speak publicly about the internal communications.

Executives at LinkedIn didn’t seek to unmask those making the offensive statements because they had pledged anonymity for the online comments section to create a “safe space” and felt they needed to honor that pledge, a spokeswoman said. LinkedIn’s leaders also suggested the incident was the result of a few bad apples rather than any larger issues with the culture at the Mountain View, California-based company, the people said. LinkedIn has one Black executive in its C-suite, Chief People Officer Teuila Hanson, who joined in June. The company’s workforce is 3.5% Black — in line with its tech peers — according to its most recent diversity report.

After the meeting, LinkedIn CEO Ryan Roslansky said the display was “appalling,” apologized to employees and promised anonymous feedback wouldn’t be allowed in future virtual gatherings.

The spokeswoman pointed to other subsequent executive blog posts for the company’s response. Chief Marketing and Communications Officer Melissa Selcher said in June that LinkedIn would redouble efforts to diversify its people managers, teach employees through a companywide curriculum and develop an “accountability framework.”

“We will do the hard work to build an anti-racist culture at LinkedIn, hiring and growing employees from under-represented groups and investing in a diverse and inclusive environment where all talent thrives,” Selcher wrote in the post.

The company said it has donated $500,000 to the National Urban League, Southern Poverty Law Center, NAACP, Joint Center for Political and Economic Studies and other groups that work on advocacy and economic justice for the Black community. LinkedIn is also matching employee donations of as much as $15,000 to these types of organizations.

The company is soliciting feedback from employees on what it should do next, the people said.

Even before Floyd’s death, some tech companies had been forced to deal with contentious internal debate about gender, race and politics. Alphabet Inc.’s Google fired engineer James Damore in 2017 after he wrote a memo claiming the internet company was an ideological echo chamber that discriminated against men in favor of less talented women. Pundits such as Tucker Carlson of Fox News, then-Republican U.S. Representative Dana Rohrabacher and media outlets including Breitbart News came to Damore’s defense, pointing to the dismissal as an example of the company’s political bias against conservatives.

Now, with greater focus on issues facing the African-American community, Black tech workers have higher expectations for their employers. HashiCorp Inc., a software startup valued at more than $5 billion, recently announced a donation pledge to the Minnesota Freedom Fund, which gives bail money to low-income people awaiting trial, and the Southern Poverty Law Center in response to protests against policy brutality and racism in May and June. A vocal minority of its 1,000-person workforce complained in memos to human-resources executives, saying the company was supporting “looters and rioters,” according to a person familiar with the matter. Many other staffers told executives in written messages and calls that they wanted HashiCorp to go even further in support of Black lives, said the person, who wasn’t authorized to speak publicly about the situation.

“Overwhelmingly, our employees have been supportive of the company’s actions and donations of support to the Black Lives Matter movement,” a HashiCorp spokeswoman said in a statement. “We heard from a couple of employees who expressed their disagreement through internal private channels. While we understand that some employees might have differing opinions, we stand by our actions.”

As this debate plays out at their workplaces and across the country, some Black tech employees have been left feeling adrift — unwanted by some colleagues, unsupported by some employers.

“We still have work to do as a nation,” one Cisco employee wrote on an internal message board seen by Bloomberg. “I pray my daughters have a better world to live in soon.”

Should you delete TikTok?: Tech Support

Fri Jul 17 , 2020
Welcome to Tech Support, a segment where I, Dan Howley, serve as your intrepid guide through the sometimes confusing, often frustrating, world of personal technology. Here, I answer all of your most pressing questions about the various gizmos, gadgets, and services you use in your everyday life. Have a question […] 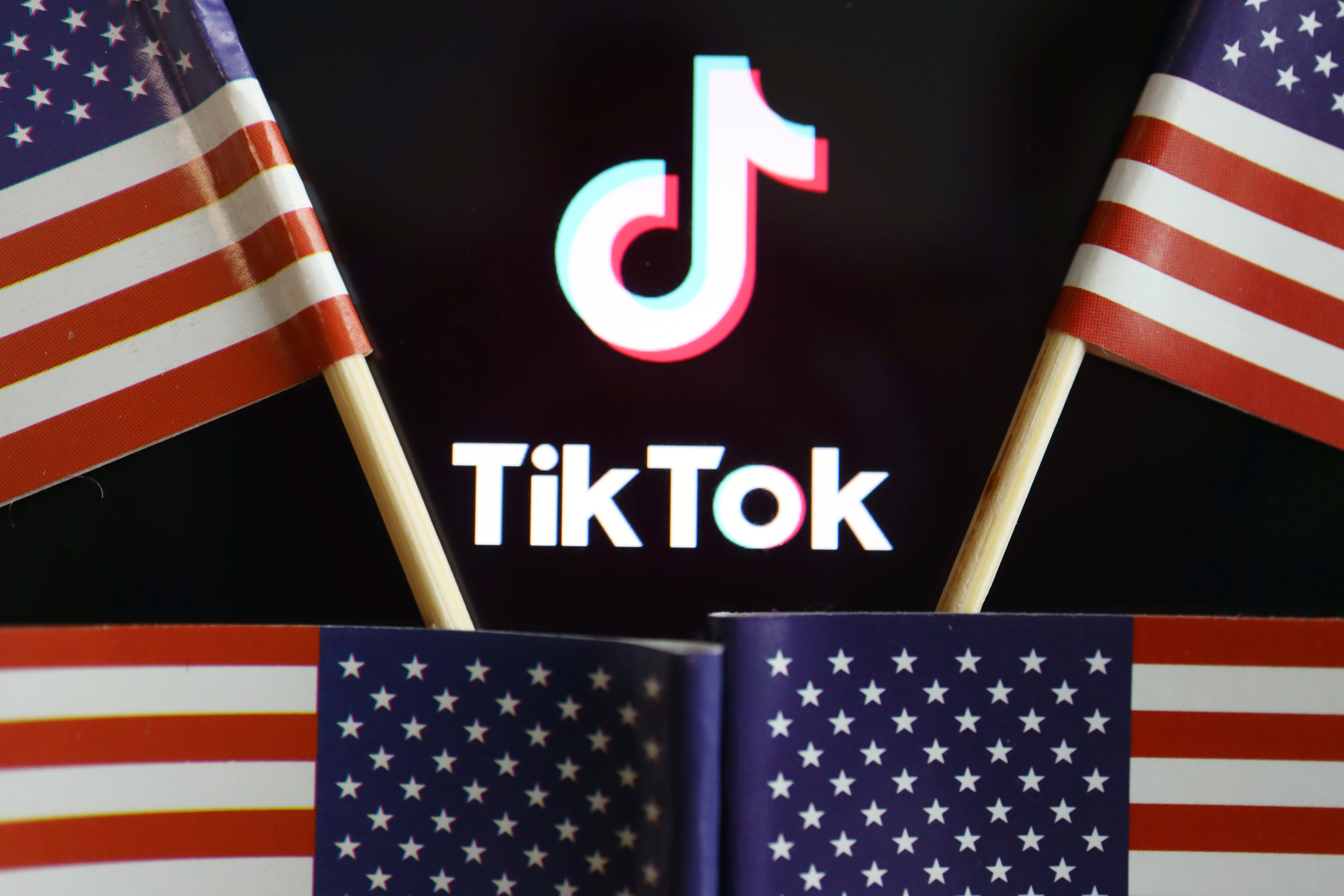