Leaders of 12 Christian organizations on Friday urged the Trump administration to rescind a policy requiring international students to leave the U.S. or transfer if their colleges hold classes entirely online this fall, saying it “falls short of American ideals.”

In a letter to Acting Secretary of Homeland Security Chad Wolf, shared with The Associated Press, the leaders wrote that the policy “robs our country of the significant contribution” international students make to their colleges on both a personal and economic level. It “lacks compassion” and “violates tenets of our faith,” the letter continued, citing specific Biblical passages.

“International students who have already arrived in the United States and who are enrolled in degree programs should be allowed to complete their courses of study in this country without further disruption,” the leaders said. “This is reasonable, compassionate, and consistent with our national interests.”

U.S. Immigration and Customs Enforcement announced Monday that the more than 1 million international students in the country would not be allowed to take all their classes online this fall. The agency notified colleges that no new visas would be issued to foreign students at schools operating entirely online that term, and those already in the United States would be required to transfer or leave the country.

Foreign students will be barred from taking all their classes online even if an outbreak prompts their schools to shift classes online, according to the policy.

The decision has drawn backlash from universities and education groups who say the rules needlessly put students’ safety at risk. Many colleges have come to rely on revenue from foreign students, who are typically charged higher tuition rates.

Harvard University and the Massachusetts Institute of Technology have sued to block the policy, and California became the first state to seek an injunction against it.

Kim and Moore previously signed onto a letter in April that asked the Trump administration to consider releasing low-safety-risk immigration detainees, particularly those with a higher risk for the coronavirus, to facilitate social distancing during the pandemic. They, along with several others joining Friday’s letter, are part of the Evangelical Immigration Table, a group of Christian leaders advocating for immigration reform.

Other signatories of Friday’s letter include the president of InterVarsity Christian Fellowship, a campus ministry; the executive director of the international student ministry at Cru, formerly known as Campus Crusade for Christ; and the president of World Relief, a Christian humanitarian group.

Associated Press religion coverage receives support from the Lilly Endowment through the Religion News Foundation. The AP is solely responsible for this content.

This $60 Device Can Sanitize Your Phone in Just Five Minutes

Fri Jul 10 , 2020
Click here to read the full article. According to a study conducted by the NIH (National Institutes of Health) in 2017,  the average smartphone has 17,032 germs on its surface, some of which could carry disease. Combine that with research from RescueTime (a company whose productivity software tracks your tech […] 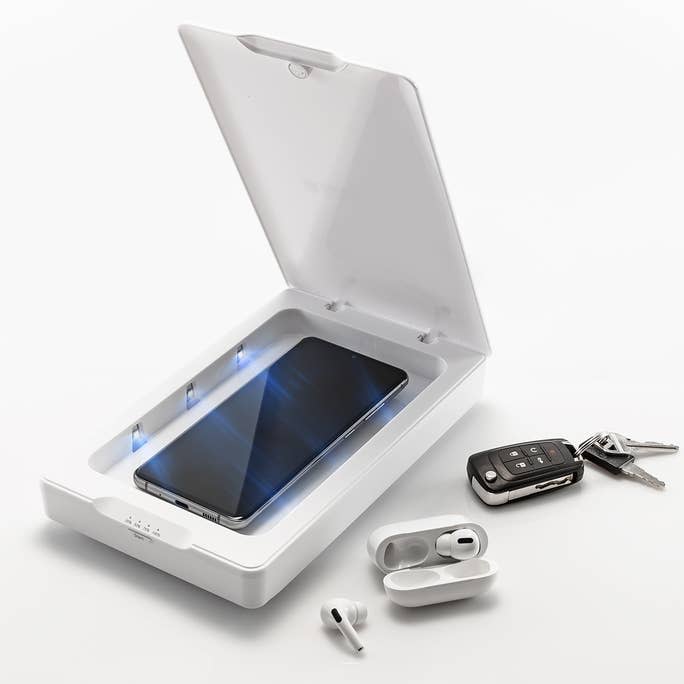