China reopened its cinemas on Monday after nearly five months of closure, but audiences are only trickling in.

The re-opening was restricted to theaters in cities and regions where the coronavirus is deemed to have been vanquished. That excluded Beijing, where recent weeks has seen a resurgence of COVID-19 cases.

By 6 p.m. local time, cumulative nationwide gross takings totalled $470,000 (RMB3.35 million), according to figures from measurement agency and consultancy Entdata. Earlier in the day, state media had reported that the total included more than $150,000 of prior bookings, which indicates that only modest numbers of cinema-goers made decisions on the day.

The slow pace of ticket sales in commercial theaters contrasted with buoyant first day sales for the Shanghai International Film Festival. Unconfirmed local sources report that the festival achieved over 100,000 ticket sales in the first 10 minutes of online ticketing. The festival will run July 25-Aug. 2.

Rewarding a degree of bold programming, art-house title “A First Farewell” (pictured) played consistently through Monday as the top film. A well-reviewed, directorial debut, set in the Xinjiang region, the film had earned $164,000 (RMB1.15 million) by 6 p.m.

Nearly all other titles in the provisional top 10 were re-runs of familiar Chinese hits, dating back from 2013 to 2019.

Two exceptions were Pixar animation film “Coco,” which tracked in third place with $40,000, and “Bright Torch,” a documentary about Chinese crafts, which had accumulated $10,000 by 6 p.m. and lay in 10th position.

Four more foreign films are set to debut July 24, kicking off cinemas’ first opening weekend back in business. They are: “Dolittle,” “Bloodshot,” “Capernaum,” and “A Dog’s Journey,” the Dennis Quaid-starring sequel to “A Dog’s Purpose.” The well-anticipated local animated film “Mr. Miao” has confirmed it will release on July 31.

In Kashmir, military lockdown and pandemic combined are one giant deadly threat

Mon Jul 20 , 2020
Kashmiri commuters at an Indian military checkpoint in the city of Srinagar, July 17, 2020. Tauseef Mustafa/AFP via Getty Images COVID-19 is taking a terrible toll worldwide. But in the Himalayan territory of Kashmir, it’s only the latest indignity in a 73-year cycle of oppression, militarization and scarcity. At least, […] 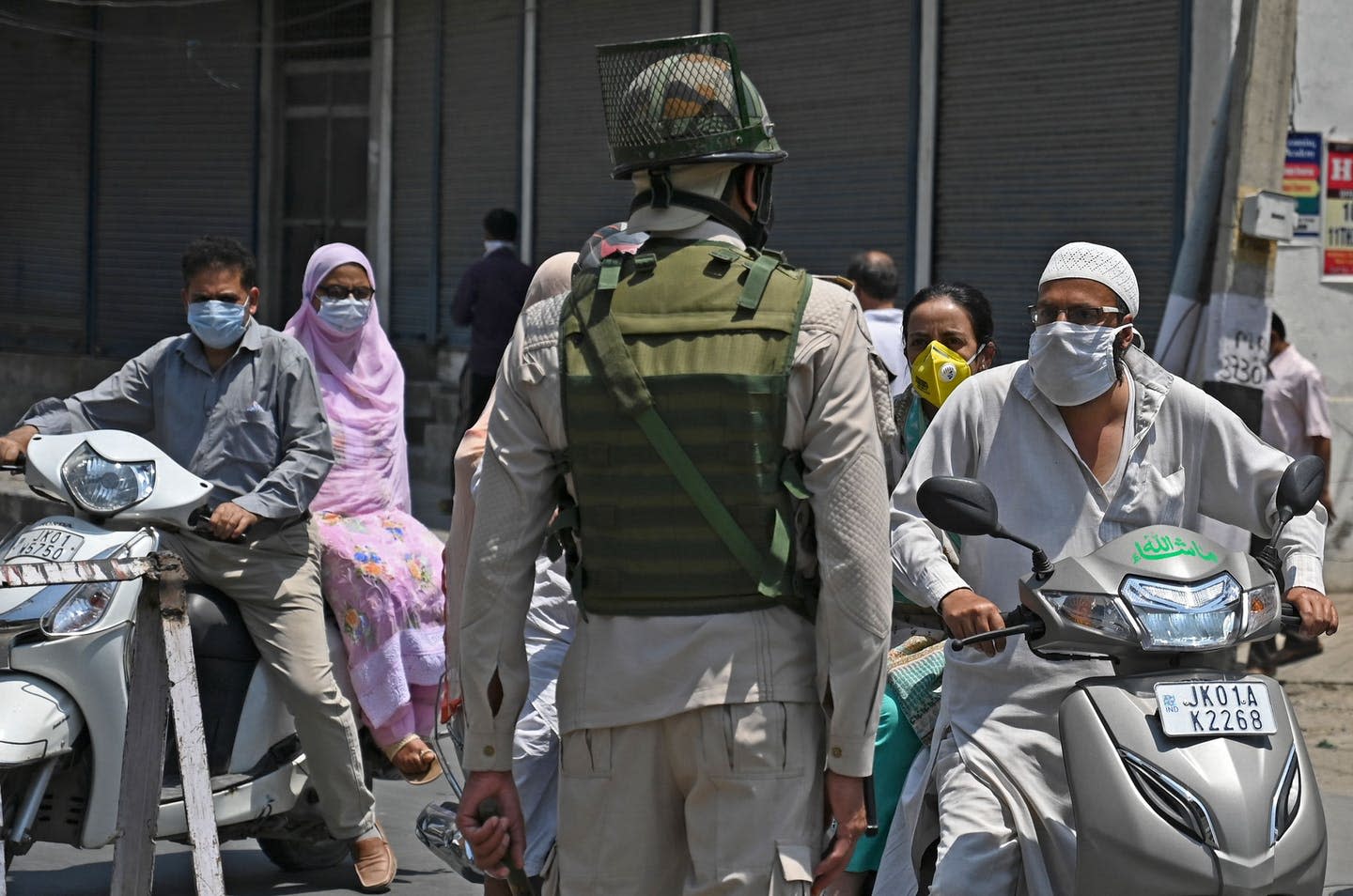