(Bloomberg) — Hong Kong, already grappling with tightened policing to rein in widespread protests that followed last year’s proposed extradition bill, is now bracing for the prospect of stricter digital controls — ones that would curtail free speech, communications and the ability to organize and turn the city of 7 million into a surveillance state that more closely resembles China.

In recent years, law enforcement has deployed tens of thousands of closed-circuit television cameras in Hong Kong’s streets and shopping malls, used broad warrants to crack into the mobile phones of protesters, and deployed facial recognition software that can identify activists in massive crowds.

Now, residents and activists worry that proposed national security legislation will further encroach on civil liberties, as part of a continuing effort by Beijing to exert its influence over the former British colony. Residents have already watched with concern past efforts to curb online speech. A similar bill proposed and later withdrawn in 2003 would have punished those who published seditious material with up to seven years in prison.

There are few details of what is in this imminent legislation, which Chief Executive Carrie Lam said in a statement last month would “only target acts of secession, subverting state power and organizing and carrying out terrorist activities.” Expected to be passed in the coming weeks, it would also outlaw foreign interference in Hong Kong’s affairs. Asked if the legislation would bring China’s Great Firewall with it, a spokesperson for the government said: “All the basic rights and freedoms legitimately enjoyed by Hong Kong residents will remain intact. The vast majority of Hong Kong people who abide by the law and do not participate in acts or activities that undermine national security will not be affected.”

But Hong Kong’s head of security, John Lee, presented a more ominous view.  Beijing’s security ministries are expected to be involved in a new agency that would be set up once the new legislation was in place, Lee told the South China Morning Post.  Mainland agencies would operate in Hong Kong “when needed,” he said, suggesting changes to constitutional curbs on interference by Chinese entities.

In a financial hub used to relative freedom, protesters and privacy advocates fear they will soon face the kind of restrictions that are the norm in China. There, the Great Firewall blocks Twitter, Facebook, WhatsApp and many of the other means Hong Kongers use to communicate and organize with one another online.  On the mainland, state-sanctioned apps such as WeChat and Baidu are regularly monitored, and automated systems detect keywords the Chinese government has banned from use in online discussions, along with any images that might also break its rules.

There is no such censorship in Hong Kong. An unchecked internet benefits businesses and finance professionals using social media as much as it does activists organizing protests. A firewall similar to that in the mainland would cut access to most foreign news outlets, most foreign websites and messaging apps. News websites would be state-approved and subject to censorship. Online forums and messaging apps would be monitored. And Beijing-style digital controls could stop Hong Kong protesters and other activists from using the very digital tools that have helped them organize.

In late May, Beijing’s National People’s Congress passed a resolution authorizing its top leadership committee to draft the actual legislation that Hong Kong’s government would have to enact. A Chinese official declined to answer questions from Bloomberg News on whether China would extend its ban on websites and apps from the mainland to Hong Kong with the new legislation. “This is a very specific question to ask. Specific legislation has not come out,” Chinese foreign ministry spokesperson Hua Chunying said on Thursday.

During the regular daily briefing she told reporters, “I want to make one point very clear, that is, the national security legislation for Hong Kong targets a small number of acts that seriously jeopardize national security.”James Griffiths, a journalist and author of “The Great Firewall of China: How to Build and Control an Alternative Version of the Internet,’’ said it was possible for China to impose a partial digital blackout on the territory. “Hong Kong is ultimately a very small place. You could feasibly send internet companies cease and desist letters, and ask them to block certain websites,” he said.

China has eight of the ten most surveilled cities in the world, according to a study by Comparitech that compared the number of closed-circuit television cameras to 1,000 people. In places like the restive province of Xinjiang where over 1 million people of ethnic Uighur origin were at one time or another said to be held in detention camps, authorities have the ability to stop people without warrants and look at their phones.

Charles Mok, a member of the Legislative Council who represents the information technology constituency, said he has asked Hong Kong’s security services for information on whether methods currently used in mainland China are now being deployed in the territory.  His efforts to find out how many surveillance cameras were in use met with different responses: One Hong Kong security official told him the government didn’t maintain those statistics, while another government official said there were tens of thousands of cameras in public squares, borders, shopping malls and housing estates.

Andy Chan, under secretary for Constitutional and Mainland Affairs, told Mok in a November letter that facial recognition technology might be used by law enforcement as part of an investigation “through established procedures if it is legally feasible,” but “will not be excessive.” Chan wrote that personal privacy would be respected during an investigation but declined to answer many of Mok’s questions “lest it should compromise the police’s technologies and capabilities” to do their work.

Protesters have fought back against additional surveillance measures. They’ve damaged dozens of so-called smart lampposts installed across the city that authorities say are meant to collect weather and traffic data; demonstrators fear they will soon also sport cameras and facial recognition technology.

And before the coronavirus was even a whisper, protesters routinely wore face masks or brandished umbrellas to thwart street cameras from recording and possibly identifying them. (Protesters have said that once identified, they have been intimidated by authorities for attending rallies and even lost jobs).  They’ve used LIHKG, which is often likened to Hong Kong’s version of Reddit, to anonymously post opinions on current events, and to plan protests and online campaigns — an online forum that could come under scrutiny from authorities once that legislation is in force.

Some residents of Hong Kong aren’t waiting to see what happens with the national security legislation. After news of the pending rules broke, people in Hong Kong rushed to download virtual private network apps that are banned in the mainland. VPN software can allow users access to the internet that isn’t censored by the government. NordVPN said it received 120 times more downloads on the day Beijing signaled plans to usher in the new national security legislation than on the day before.

It was a tactic shared by protesters that dates back to the Arab Spring in 2011, when people in Tunisia, Egypt and elsewhere used VPN software to access foreign websites detailing the misdeeds of longstanding rulers, or publish content that would have earned them imprisonment at home, said Roderick Jones, president of cybersecurity firm Rubica Inc.

“It’s not just about security. It’s about information,” he said. “There’s very strong arguments for people using VPNs wherever they are. If you’re an activist you should think that way, but any normal person should also just use a VPN.”

Activists like Joshua Wong said he is concerned that any new national security legislation will only exacerbate police overreach. He was arrested last summer on charges including “organizing unauthorized assembly,” and his mobile phone was among others seized and searched by law enforcement using technology that allowed them to crack his passcode. According to a police statement detailing the investigation, and Wong’s application to Hong Kong’s High Court to have the warrants declared unlawful,  hundreds of messages on Telegram and WhatsApp were accessed and collected by police.

Once the new laws are in place, Wong fears that participating in a protest could land him in front of Communist Party-approved judges in the mainland, instead of the independent judiciary Hong Kong is known for.

“They might target me, I might be arrested and prosecuted but not in Hong Kong, in China,” he said in an interview. “Never say never under the hard-line crackdown of Beijing.”

The best wireless routers for 2020

Wed Jun 17 , 2020
Upgrading your router can improve your wireless speed, especially if you stream high-definition videos or play games online. A new router may also improve wireless coverage, reducing dead zones so you can watch and play anywhere in the home or office. Our current favorite is Netgear’s , as it packs […] 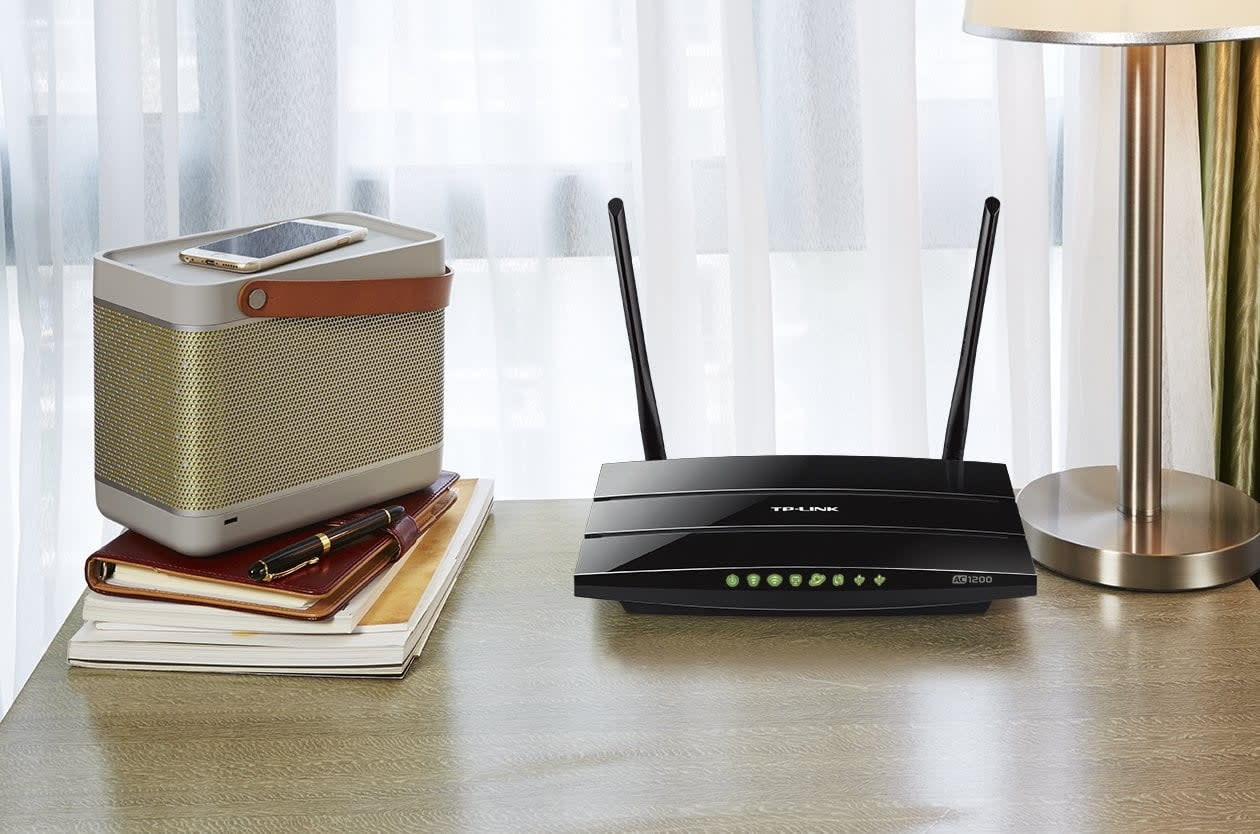