From Monday 15 June, Anglican churches are reopening to allow funerals, and all places of worship are reopening for private prayer. Communal worship will not be allowed before 4 July at the earliest. And many families have already had to endure saying goodbye to their loved ones from a distance.

The first Kevin Quigley, 54, learnt about his younger brother Paul Quigley, 49, having contracted coronavirus was when he received a message shared in the family Whatsapp group on 11 March. It was a photograph of Paul in a hospital bed wearing an oxygen mask.

Paul had been unwell for days already but, as he had mild symptoms and no underlying health conditions, had self-isolated at home before eventually going to Lewisham hospital. The day after he messaged his family he deteriorated rapidly, was taken to intensive care and put on a ventilator. He died nine days later.

Paul lived in a houseshare in London, far from his elderly parents in Scotland and his brother in Shropshire (they also have siblings in Australia) so when he died suddenly no one was with him. Even if they had lived closer, they would unlikely be permitted to visit Paul in ICU and besides, Kevin’s mother had said no one else was to travel for fear another child would get ill.

“She was already so upset, we had to respect her wishes,” Kevin tells me over the phone two weeks after his brother’s death. While the family understood the risks involved in going to see Paul, how do you have a funeral when you’re hundreds of miles away from the body?

Most people, regardless of religious belief, see a funeral as a rite of passage after death. According to UK funerals online approximately 600,000 funerals take place in the UK every year, which roughly matches the 616,014 deaths (2018, latest ONS data available). But during the age of coronavirus – with the country under nationwide lockdown and the halting of mass gatherings – funerals simply cannot be business as usual.

The government has not outright banned funerals but has closed all places of worship and stopped weddings, baptisms and other ceremonies. Official guidelines say that only members of the deceased person’s household or close family should attend the funeral and mourners should practice social distancing.

Other bodies have taken a stronger stance: Public Health England (PHE) issued specific guidelines telling organisers to limit the number of attendees to five and stand two metres apart. The Church of England banned funerals in Anglican churches and in some places local councils stepped in; on 4 April Bradford, Leeds and Kirklees councils said families will no longer be able to attend services. A former Welsh Assembly member, Lorraine Barrett has also said funerals should be outright prohibited in Wales.

But the lack of an explicit government order to stop funerals has left some families in limbo; feeling the pressure of wanting to physically attend but wondering if they should stay at home to minimise risk of others succumbing to the same fate. Some have had to make heartbreaking choices – in London 13-year-old Ismail Mohamed Abdulwahab, who died of the coronavirus, was buried alone because his whole family had to self-isolate following his illness.

Kevin and his family were told they could only have one household group attend the crematorium. But faced with both the impossible task of choosing who gets to go, and his mother’s instructions to not travel, they decided instead to livestream the funeral on Zoom.

I haven’t had that stark realisation yet. This is a sanitised version…”

Only months ago the idea of watching your sibling being cremated online would have felt like something out of a Black Mirror script but today it seems like a reasonable solution given it allows you to watch the proceedings in real time but without the added risk of being physically present. It also allows family and friends from all over the world to join during an international ban on travel.

The 20-minute video, which is now on YouTube, shows Paul’s coffin, a photograph and a candle and is set to Michael Buble’s rendition of “Ave Maria”. “It was like any presentation, you have to be organised,” says Kevin who was in charge of setting up the technology and ensuring all 85 guests, including his brother’s colleagues and friends in different time zones, could participate. “We did a practice the night before with my mum and dad to test the connection.”

While a Zoom call allows family and friends to acknowledge the passing, it doesn’t allow for the physical comfort of being together, giving a hug or sharing a drink together. “It let us experience some form of celebration – it gave us something at this time, some recognition when we needed it.

“Of course it is not going to replace things but it can world quite well; it is not the end of the world. We’re quite a pragmatic family, I don’t need to see my brother lying in a coffin – I prefer to remember him the way he was. And to be honest standing at a cold graveside in the pi***ng rain doesn’t give you much closure either.”

Miriam Berger, a rabbi from north London has also been part of a coronavirus funeral over Zoom. The 40-year-old, from the Finchley Reform Synagogue, had already decided there would be no physical funerals in her community during the ongoing lockdown but she didn’t expect the first digital one to be for her own grandfather.

Ronald Bayfield, 96, died on Sunday 29 March after being diagnosed with Covid-19. “Telling my community they can’t go to a funeral on the surface felt like a very harsh decision but I came to realise it is full of compassion, we’re doing what is best for everyone.”

Instead Miriam went to the graveside herself with her iPhone and filmed as the coffin was lowered into the ground. They were joined by more than 200 people on Zoom. “It had its advantages, for example, my cousin who is a marine biologist on a boat in the North Sea was just as present as everyone else,” she says. But like Kevin struggled with the lack of physical intimacy. “Nothing will replace the hug when someone dies, there aren’t words, the physical contact is most comforting.”

They are also not able to take part in the traditional Jewish Shiva – the week-long period of mourning. Miriam also thinks not having a physical funeral changes the way you are able to mourn. “It is protecting us from the difficult reality, later on there is going to be a really hard moment. I haven’t had that stark realisation yet. This is a sanitised version.”

Rhea Mccoll’s dad died, aged, 56, on Monday 16 March. He did not have coronavirus, he had long-term brain cancer and had been told in December that his condition was terminal. The 21-year-old from Glasgow was able to be with him when he died – unlike many losing loved ones in the current climate – but the funeral was still impacted by Covid-19 regulations.

They were able to attend the crematorium in person, and had 20 guests, but were not allowed within two metres of another household. “The whole experience was bizarre and very uncomfortable to be honest. We were on seats two metres away from everyone else. Not being able to hug your loved ones at that time is really distressing and you felt very alone.

“The whole experience was bizarre and very uncomfortable. We were on seats two metres away from everyone else. Not being able to hug your loved ones at that time is really distressing…”

“We were lucky enough to still be able to carry the coffin, have flowers and an order of service, which I know is not happening in most funerals. I also know numbers have been cut to 5 in most cases, I don’t know how these people are dealing with it.” But she still says the family “weren’t able to give him the send off that he deserved” which she found deeply upsetting.

It has also impacted her ability to mourn her father. “If you had asked me last week I would have said ‘it has been fine’ but this week the prospect of not being able to see anyone is really starting to take its toll.” To make things worse, current measures mean her father’s hospital bed wasn’t collected for a week after his death, leaving a constant reminder in their living room.

Estelle Milne, 19, from Scotland, attended her grandmother’s funeral after she died from a chest infection on 28 March, and had to adhere to the same social distancing guidelines. “We had to sit two metres apart, use hand sanitiser when we went in, weren’t allowed to hug and my mum couldn’t come because she is a care worker.

“It was very awkward, all I could say to my grandad was hello and goodbye even though he was really upset and his wife had just died. I don’t have a way with words and you can’t do what comes naturally and just hug them.”

As the Covid-19 death toll in the UK continues to rise (7,000 at the time of publication), some estimates are now predicting Britain will be the worst-hit country in Europe with as many as 66,000 deaths in the next few months.

For those who are left behind there is no end in sight to the lockdown and indications that the rules around funerals will become even more stringent suggest many more people​ will have to say goodbye to their loved ones over the internet or from a socially-safe distance; unimaginable pain in unprecedented times.

Mon Jun 15 , 2020
Liam Payne has had a busy lockdown during the coranvirus pandemic. Not only has he been working on new music projects but he’s also helped to raise more than $10million (£7.9 million) for charities fighting COVID-19 just by playing the video game FIFA.  The Stack It Up singer joined premiership […] 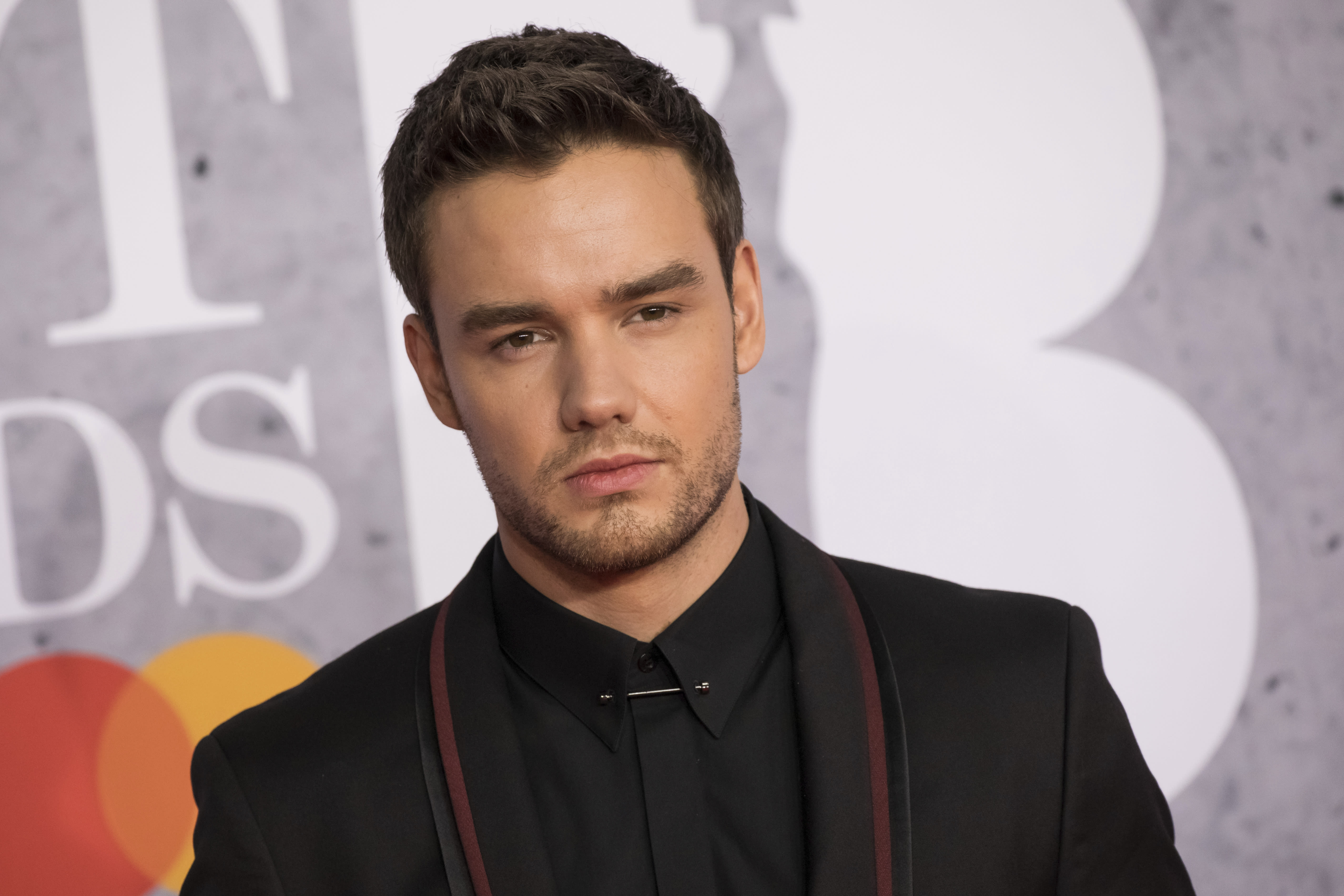