Ted Humble-Smith is a conceptual still-life photographer. He’s well known for his fashion work. Ted can take a lipstick or a watch and with his extraordinary vision and skill turn the beautiful into something even more gorgeous.

But speak to him for just a few minutes and it’s clear he sees not just the colour and form of his subjects, but the engineering that underpins their design.

In fact, it’s obvious Ted has a passion for it. He points to the 4-inch stiletto heel.

“Everyone laughs when I talk about it,” he told me. “But you have this thing that’s so elegant, so beautiful – and yet at the same time, there has to be some serious engineering and mathematics in there as well.

“Eight stones at least is going through a square centimetre. These are big loads but you rarely see people snap their heels these days.”

Ted has just put his inquisitive eye to a project for the Royal Academy of Engineering.

He’s produced a series of images to celebrate the 50th anniversary of the MacRobert Award, which honours examples of remarkable British innovation. From the aerodynamic design of the Severn Bridge to the composite wing of an Airbus jet.

The photos are clearly conceptual in nature but the ideas that went into their creation are drawn directly from conversations with the engineers involved.

Ted took their explanations, extracted the essence and then reimagined his subjects. His favourite photo – at the moment; the choice changes – is the EMI X-ray brain scanner, the world’s first computed tomography (CT) machine to be used in a clinical setting (MacRobert winner: 1972).

An illuminated, transparent skull is cut through by a rotating disc. The visual narrative describes the process through which X-rays are able to build a picture of the brain, slice by slice.

“It’s a hell of an invention,” says Ted. “When you consider that if you wanted to look inside someone’s brain previously, you basically had to take it out, slice it on a bacon slicer and then put it on a lightbox. The CT scanner is phenomenal.”

Ted builds many of the objects he photographs. At first glance, you might think he’s done everything in a software package on his computer. You’d be wrong.

Ted uses models that have been lit in interesting ways and captured under different exposures. For sure, some image frames have been stacked and any scaffolding, such as rods and wires, has been digitally erased. But you’d be able to hold his MacRobert models in your hands.

Witness the picture he produced of Quantel Paintbox (MacRobert winner: 1988). Wholly apposite in this context.

Paintbox revolutionised computer graphics on TV and film. It enabled the industry for the first time to properly digitise colour and really play with it on our screens (see the Dire Straits video Money for Nothing).

In his image, Ted encodes this in his mind’s-eye as paint flying around curved plastic sheets. “You can freeze liquids in photography now so well. I wanted it to look like paint was exploding on to the screen. So, you can do it in a very complicated way with robots and paint cannons, or you can do it in the slightly haphazard fashion that we did. Basically, you fling paint around.”

A wonderful mess in the studio made for a striking image.

Ted’s images for the MacRobert 50th anniversary are being showcased in an online exhibition the Royal Academy of Engineering has developed with the National Science and Media Museum in Bradford. You can see it here. And for a taste of the sort of images Ted is best known for, take a look at the gallery on his website.

The finalists for the 2020 MacRobert award have just been announced. There are three on the shortlist and they are all recognised for contributing innovation to a greener future. They are:

Prof Sir Richard Friend is the chair of the judging panel. He’s also himself a past winner for his work on “plastic electronics” – technology that has attained ubiquity in the touchscreens of our mobile phones.

He told me: “The shortlisted companies this year are splendid examples of things you might have thought the UK wasn’t the natural place for their innovations to emerge. We sometimes write ourselves out of being world players in quite a few technologies. There’s no reason for it and the MacRobert award keeps presenting with cases that are very obviously world-beating.”

It’s a theme emphasised by Ted Humble-Smith, who confesses to have gone on something of a conversion during his photographic projects.

“I started out quite despondent about where Britain was in the world – that the UK never seems to do anything anymore,” he recalled. “But then I started talking to the present-day people and it just gave me a whole new belief that actually there’s some blindingly cool stuff happening in the UK. The UK does make and innovate some incredible things.”

Thu Jun 25 , 2020
Click here to read the full article. Just hours after Disney Television Studios unveiled their [email protected] slate for next month, corporate cousin Hulu is now bringing the heat to the virtual fanfest. The streamer announced that the dark and horror-filled Marvel’s Helstrom is among its offering coming to the coronavirus […] 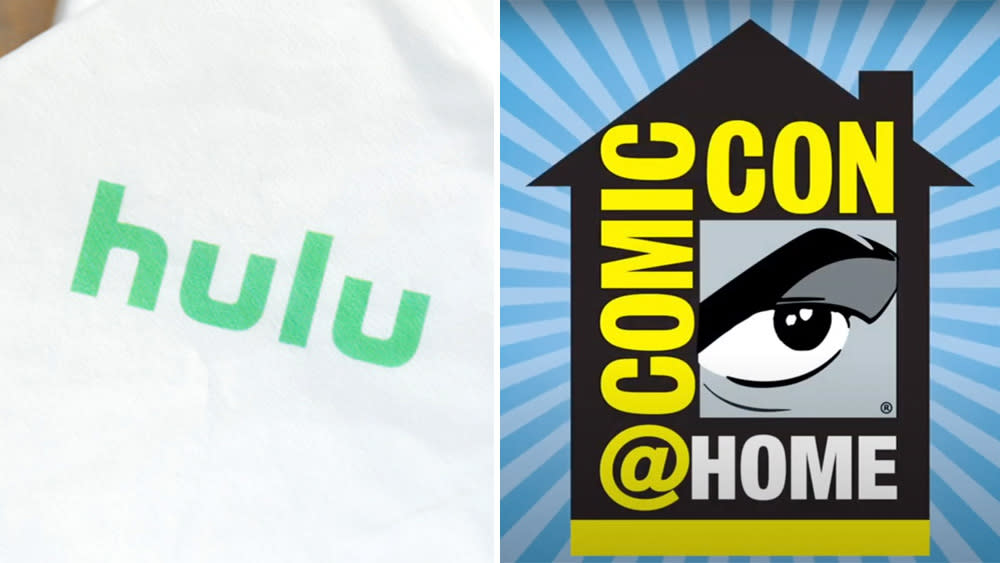