Before lockdown, the number of independent bookshops in the UK rose for three years in a row. But the pandemic drove customers online – and shops had to get creative to survive.

Running an independent bookshop can be a challenge at the best of times, trying to compete with the might of Amazon and the supermarkets. In recent years, things had been looking up, however, with 890 on our high streets in 2019, up from 867 three years earlier.

They took a major hit during lockdown, but most have reopened (except in Scotland) in time for Independent Bookshop Week, which runs until Saturday. Many found new ways to reach readers while their doors were shut, but their long-term futures are still in the balance.

“As yet we have no idea how many retail casualties may result from the crisis,” said Meryl Halls, head of the Booksellers Association.

‘We’re still very far from out of the woods’

Bookbugs and Dragon Tales in Norwich had only been open for seven months when it was forced to shut again. “We hadn’t factored a global pandemic into the business plan, surprisingly,” owner Leanne Fridd laughs.

She thought about getting a job in a supermarket when the virus struck, but decided to try to keep the business going, making the most of one thing an Amazon algorithm can’t match – a personal touch.

She put together home-school packs, bundling together educational, activity and story books based on each child’s interests and age. She also created adult escape packs with a personalised selection of novels plus relaxing treats and mindful activities.

She and husband Dan also made their online store more prominent and ran online storytelling sessions and book groups.

“When people are at home and the internet is just there, we are fully aware that people have an alternative, and potentially a cheaper alternative, and we can’t possibly match that. No independent bookshop can,” she says.

“All indies try and offer something that goes a little bit further. We know your children, we watch them grow, we care about your family. So we felt it was really important to say, ‘We’re still here for you’, and people have been responding to that quite nicely.”

Even so, turnover was only 20% of the pre-pandemic level. She furloughed both members of staff and wasn’t eligible for the government’s self-employment support.

The shop reopened last week, with the necessary safety measures and reduced hours. In the afternoons, customers can book a 15-minute slot to have the shop to themselves, their bubble or family.

“They don’t have to worry about social distancing from anyone apart from us, and we’re obviously suited and booted,” she says. “That’s been really effective because a lot of the families have said, ‘This is the first time we’ve brought our children out, this is the first shop we’ve been into’.”

The future is still uncertain, she says. “We’re still very far from out of the woods but the bigger fear was that we wouldn’t be able to survive – and still is. But we try and be really optimistic and positive and do everything we can.

“If we don’t survive, it won’t be because we haven’t poured our heart and soul into everything, trying so many different ways to help people feel engaged with us.”

‘It couldn’t have been timed worse’

When lockdown was imposed, The Rabbit Hole in Brigg, Lincolnshire, didn’t have an online shop to speak of, and decided it wasn’t worth trying to create one at short notice.

“We concentrated on other things and just tried to get through,” says Nick Webb, who runs the shop with wife Mel.

“We worked with a lot of authors and a lot of kids’ groups doing Zoom sessions. We’re heavily involved with schools – we’re both ex-teachers – so every week we were doing that. It was another way that we kept in contact with people.”

“We try to improve the diversity of books that go out to kids, so it’s not just what they see on – how shall I phrase this – big online retailers, and in the supermarkets,” Webb explains.

“They all spent time talking to the kids on Zoom about books and illustrations – you name it, they talked about it. And it worked really well.

“And we don’t know how it happened, but a little lad from South Korea joined. He asked his mum for permission, because it’s midnight in South Korea when it’s 4pm here.”

Brigg is a market town, so The Rabbit Hole took over a stall when outdoor markets were allowed to reopen from 1 June, two weeks before the shop itself.

The shop originally opened three years ago. The Webbs were eligible for the government’s self-employment support scheme, which gives 80% of average monthly profits based on the past three years.

But the shop didn’t make a profit for the first two years because they had spent money on the building and stock, Webb explains. When the shop shut in March, the couple couldn’t be sure if it would open again.

“It’s been really difficult, and now it’s crossed fingers and let’s hope we can rebuild it,” he says. “It was just the wrong time. It couldn’t have been timed worse for us personally.

“It was very precarious and still is. We will just have to see how we go over the next few months. It will be close, but we’re pretty determined.”

‘The amount of work has been phenomenal’

Linghams in Heswall, Merseyside, used to get around two-thirds of its income from events where authors would come and read and sell their books in person, owner Sue Porter estimates.

When lockdown began, she came up with an idea to replicate that online, along with three other independent booksellers.

The Facebook page for At Home with 4 Indies has so far hosted conversations with Marian Keyes, Joe Wicks and Ian Rankin, with sessions during Independent Bookshop Week culminating with Bernardine Evaraisto on Friday.

“The amount of work that goes into it and getting everybody set up on tech and promoting it has been quite phenomenal to be honest,” Porter says. “But we have pulled it out of the bag.

“It was all about community – to make sure we could provide an hour of relief for our customers, and then if we managed to get the book, they would have several hours of relief after that away from the coronavirus.”

They have struggled on occasion to get stock of an author’s new book, and online sales have not matched the numbers that would normally be stacked on a shop counter.

“It doesn’t compare,” she says. “It’s a little bit more now, but we’re miles away from how much we originally sold at our real-life events.”

Having built up a following with their free online events, the four shops will start running paid-for author webcasts from September. Customers will get a ticket if they order the book.

The four shop owners have been supporting each other the past three months. “It has been hard, and it’s been emotional,” Porter says. “If I was having a bad day, the other girls would get in touch with me and vice versa. The emotional struggle has been absolutely huge.”

She furloughed her seven staff when lockdown was imposed, and reopened the shop on Monday, a week later than many places, because of work being done to the shop’s cafe.

“I haven’t had a day off since March when it [lockdown] started,” she says. “So I’m looking forward to getting some staff back and maybe taking my foot off the pedal.”

Tue Jun 23 , 2020
New York (AFP) – Legions of K-pop fans and TikTok users are taking credit for upending Donald Trump’s weekend rally after block-reserving tickets with no intention to attend an event that was beset by an embarrassingly low turnout. Prior to the event in Tulsa, Oklahoma — hyped as a major […] 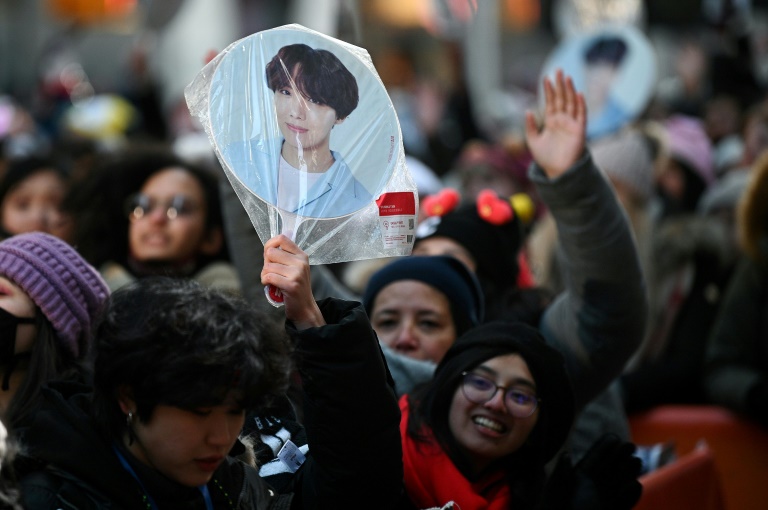