While the United States spends billions in an all-out effort to develop a coronavirus vaccine, there’s concern that when there finally is one, not enough people will take it to protect the population as a whole.

Even with a vaccine months and perhaps years away, misinformation and conspiracy theories about vaccines for COVID-19 are swirling online, potentially driving people away from getting vaccinated when one or more become available.

One of the wildest is a false story about a purported evil plan by Microsoft founder Bill Gates to use mass coronavirus vaccinations to implant microchips in billions of people to track their movements.

In a media call announcing $1.6 billion in funding for immunization in poor countries, Gates said the misinformation about his work on vaccines was so weird that he found it difficult to understand – and he categorically denied he’s involved in any sort of microchipping conspiracy.

“In a way, it’s so bizarre you almost want to see it as something humorous, but it’s really not a humorous thing,” he said. “It’s almost hard to deny this stuff because it’s so stupid or strange that even to repeat it gives it credibility.”

Belief in the conspiracy theory also is political. In a poll conducted May 20 and 21 by Yahoo/YouGov, 44% of Republicans said they believed the microchip conspiracy theory, compared with 19% of Democrats.

Health officials worry that if too many Americans decline to get vaccinated against SARS-CoV-2, the virus that causes COVID-19, the nation could find itself in a position where the disease continues to widely circulate despite a vaccine being available.

The goal is to create herd immunity, where enough people in the population have been infected and developed immunity to the virus that it can no longer spread freely. Scientists estimate 60 to 70% of the population needs to be immune to establish such immunity and stop the spread of COVID-19.

Some have argued that simply letting the virus run free will create sufficient herd immunity, but the United States is nowhere near that level. Even in New York City, which experienced high rates of COVID-19 infection, only 20% of people tested had antibodies against the virus, according to testing done by the state of New York.

A Yahoo News/YouGov poll last month found that 19% of Americans said they won’t get vaccinated when a vaccine is available and 26% weren’t sure whether they would. Public health officials hope that when a vaccine is ready, the lure of regaining normalcy will overcome vaccine hesitancy.

“This illness has been so severe, I thought the anti-vaccine folks would be more muted in their approach, but this is apparently not the case,” said William Schaffner, a professor in the division of preventive medicine and infectious disease at Vanderbilt University in Nashville, Tennessee.

He sees three groups emerging when a vaccine does become available.

“There will be people who will immediately line up just as they lined up their children for the Salk vaccine in the polio days. They will trust the science, they will be optimistic,” he said. “Then there will be others that will hang back and let this play out a little bit before they roll up their sleeves.”

The final group are already strongly skeptical of vaccines and will actively push back against them.

More: A coronavirus vaccine could require you to get two shots. Here’s why.

Vaccines: Breaking down and debunking 10 myths

Origins of microchip myth may lie in MIT research

Gates and his wife created the Bill and Melinda Gates Foundation in 2000 with a special focus on health care and education.  The Foundation recently announced that it was committing $1.6 billion to work to deliver vaccines to the world’s poorest countries through the Vaccine Alliance.

It’s possible the microchipping conspiracy theory may have had its roots in a small study funded by his foundation and published in December.

It involved technology developed at the Massachusetts Institute of Technology to include a tiny bit of dye with vaccines. The dye would be invisible to the naked eye but could be seen with a cellphone app that shines near-infrared light onto the skin.

The dye would last up to five years and allow medical workers to immediately know whether a child had gotten their vaccinations or not, which can be difficult to do in developing countries.

The vaccine chip fantasy appears to have first appeared in late February or early March, said Dr. Saad Omer, a professor of infectious disease at the Yale School of Medicine who researches ways to increase immunization acceptance.

In the recent media call, Gates said health records that allow health workers to know which children have gotten measles vaccines, for example, and which still need them is important for public health.

A ‘perfect storm’ for conspiracies

The conspiracy theory doesn’t surprise those who study the anti-vaccine phenomenon. COVID-19 has all the triggers rolled into one, said Matthew Hornsey, a social psychologist at the University of Queensland in Australia who studies the processes that influence people to accept or reject scientific messages.

“It’s frightening; it’s hard to understand; it’s required governments to restrict individual freedoms and it will lead to mass vaccinations. That’s a perfect storm for conspiracy theories,” he said.

The combination of those opposed to vaccination and the murky world of conspiracy theories is a toxic one.

“Here, people have a single issue that they have rallied behind; they don’t trust vaccinations. Conspiracy theories are then selectively embraced to justify that feeling,” he said. “That’s why people are prepared to believe ideas that seem strange and ridiculous to the rest of us. They want to believe it, so they set a very low bar for evidence.”

As the United States invests literally billions of dollars into developing coronavirus vaccines so that life can return to normal, it will be crucial to encourage a social climate where vaccination is considered the norm, Yale’s Omer said.

The best way to do that is not to argue, but to set an example by telling friends and family that you intend to get vaccinated, he said.

“Make sure people know it’s a social norm, but don’t push it too much,” he said. “If yelling at people were a good idea, then teenagers would always win their arguments.”

Hundreds of Hours Worth of 1980s-Era MTV Programming Uploaded Online

Sat Jun 20 , 2020
The post Hundreds of Hours Worth of 1980s-Era MTV Programming Uploaded Online appeared first on Consequence of Sound. We want our MTV now… and, in a way, it looks like we got it. After years of missing the channel’s glory days, one Internet Archive user has been steadily uploading VHS […] 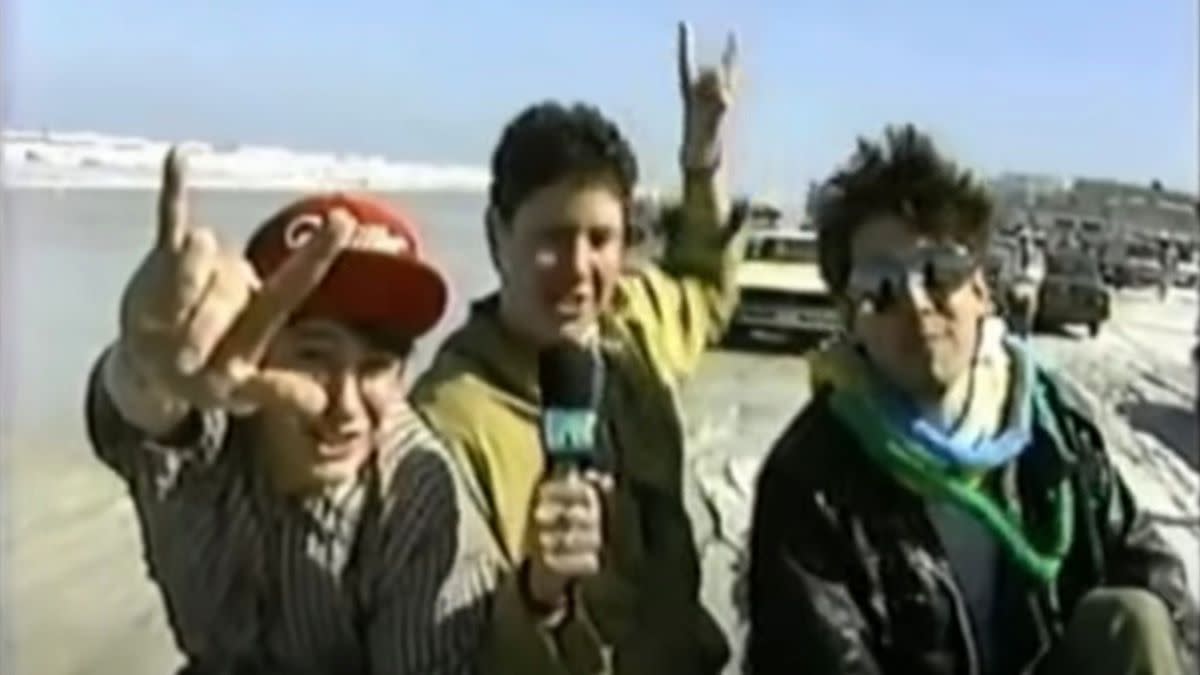