Joe Biden, whose campaign had long struggled to raise money, zoomed past President Donald Trump’s fundraising machine in May for the first time, pulling in $80.8 million together with the Democratic National Committee, about 10% more than the $74 million Trump raised with the Republican Party.

It was a reversal of fortunes for the former vice president and a testament both to his growing support among small donors — more than half his donors in May were new to the campaign — and the advantages of his first full month of fundraising in concert with the DNC, in chunks of up to $620,000 per donor.

The $80.8 million that Biden raised was roughly one-third more than he raised in April, when Trump edged him slightly. The campaigns took in a total of nearly $155 million in May — about $5 million per day — despite a health and economic crisis that has put more than 40 million Americans out of work and sent unemployment claims soaring.

Tom Perez, chair of the Democratic National Committee, said the party was raising big sums both from small donors online and with traditional big contributors. “Quite frankly, we’re hitting it in both ways,” he said in an interview.

Biden and the DNC raised more than $34.4 million in online contributions in May through ActBlue, the Democrats’ main portal to process such contributions.

Trump still maintains a sizable cash-on-hand advantage over Biden and the Democrats, and his campaign is well on pace to surpass more than $1 billion raised in total this summer, having already collected $817 million.

Biden’s fundraising surge coincides with a strengthening position in the polls, as he has opened up a lead not only in national surveys but in many of the key battleground states. In the last two months, Trump has been advertising on television in eight states, all of which he won in 2016. Biden’s campaign made its first television purchase of the general election Friday.

Trump’s campaign committee spent more than twice as much as Biden’s in May, $24.5 million compared to $11.7 million. The vast majority of Trump’s spending, $19.8 million, went to a media-buying firm, American Made Media Consultants.

The main super political action committee supporting Trump, America First Action, was outraised more than 3-to-1 in May by the largest pro-Biden super PAC, Priorities USA, $7.5 million to $2.4 million. Nearly all of the pro-Trump super PAC’s funds came from two donors who have served in the administration: $1 million from Linda McMahon, the former head of the Small Business Administration; and Woody Johnson, the ambassador to Britain. (America First Action still maintained a $10.3 million cash-on-hand advantage over Priorities USA.)

Priorities USA took in $2 million from James H. Simons, a New York hedge-fund billionaire, as well as $500,000 each from John Pritzker, who runs an investment firm in California, and David E. Shaw, a scientist who served as an adviser on science and technology to President Bill Clinton and President Barack Obama.

The campaigns disclosed their fundraising to election authorities Saturday evening just as Trump was headed to a rally in Tulsa, Oklahoma, part of his effort to revive in-person campaign events. He also held a high-dollar fundraiser at a private home in Dallas earlier this month.

The monthly filings with the Federal Election Commission do not include the full details of the committees, which Biden and Trump operate jointly with the two political parties; those will be revealed in July.

With news that Biden’s fundraising had outpaced the president’s for the first time, Republican officials sought to minimize the Democrats’ edge in May while touting what they called a Republican war chest of $265 million in cash. Biden’s campaign has not voluntarily disclosed his full cash figure.

“May was Biden’s first full month as the Democrat nominee, and with that brought advantages of higher fundraising limits and the full weight of the Democrat Party,” the RNC said in a statement Saturday. “Biden was still unable to make a dent in the massive cash-on-hand advantages that the Trump campaign and RNC enjoys.”

Dick Wadhams, a veteran Colorado Republican strategist, said the coronavirus outbreak had had little bearing on big-dollar giving, including in down-ballot races. “The pandemic certainly has restricted the candidates’ ability to raise money at events,” he said, “but these major donors on both sides, they don’t need to go to an event and have a glass of wine to write checks to their candidate.”

Indeed, big-dollar contributions to super PACs were still strong in May, the new filings showed. For example, significant donations to the Senate Leadership Fund, a Republican-aligned super PAC, came from Bernard Marcus, a co-founder of Home Depot who gave $2 million, and Warren A. Stephens, an Arkansas businessman who contributed $1 million.

Wadhams called Trump’s fundraising machine critical to boosting Republicans in competitive Senate races like the one in Colorado.

In that contest, Sen. Cory Gardner, the Republican incumbent, was outraised in recent months by one of his Democratic challengers, former Gov. John Hickenlooper. Hickenlooper’s campaign has had recent stumbles yet received $3.7 million from April 1 to June 10 — $1.6 million more than Gardner raised. As of this month, however, Gardner still had roughly $3.4 million more in cash on hand than Hickenlooper did, thanks in large part to the Republican Party’s support.

“Cory Gardner is especially being helped by having an incumbent president who is raising a lot of money not only for his campaign but for the national Republican Party,” Wadhams said. But he also noted that a close affiliation with Trump was “a double-edged sword” in the face of recent polling that has suggested weakened support for the president.

In other key Senate contests, recent financial disclosures have indicated fundraising energy behind Democrats who are challenging Republican incumbents.

In Georgia, where Democrat Jon Ossoff is seeking to unseat Sen. David Perdue, Ossoff raised roughly $200,000 more than Perdue from April 1 to May 20 — yet he reported cash stores of about $950,000, compared with Perdue’s $9.4 million.

In Iowa, Sen. Joni Ernst was also narrowly outraised by her Democratic challenger, Theresa Greenfield, from April 1 to May 13, though Ernst, too, is sitting on roughly $2.2 million more than her opponent as of their last filings.

McGrath, however, is facing a tightening primary contest against another Democrat, Charles Booker, who raised just under half a million dollars in the period in question, according to filings, and recently reported about $285,000 in cash on hand. Kentucky Democrats will select their nominee Tuesday. 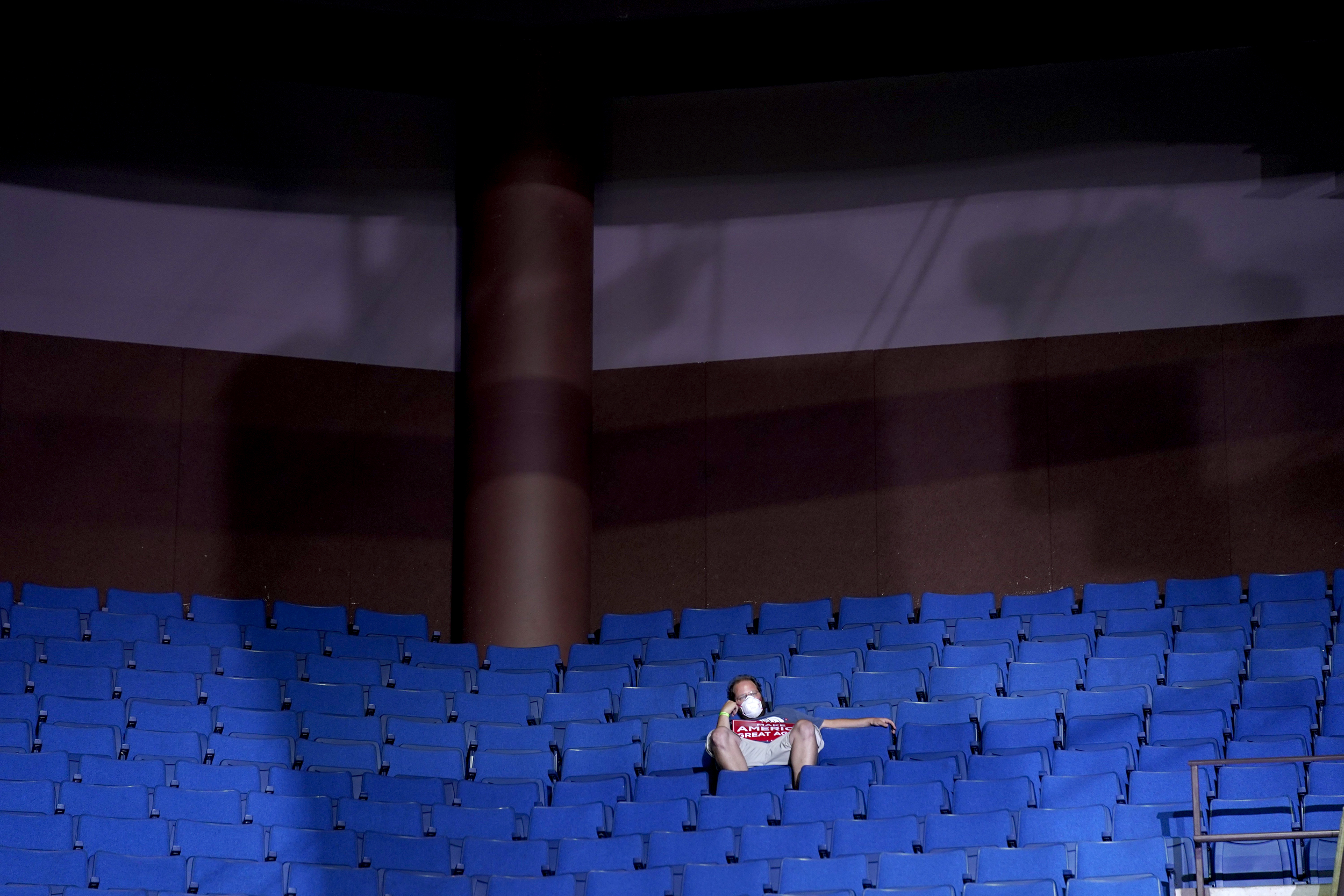