The letter recently sent to young people throughout Southern California arrives in a plain white envelope with no return address. “Time sensitive information enclosed,” it says.

The single sheet of paper within claims to represent “an important opportunity for students in your area,” with “immediate openings for summer work.”

“The starting pay is excellent — and the best part is you don’t need any experience,” it says. “We’ll train you and teach you everything you need to succeed.”

Sounds great. Except for just a few teensy-weensy things.

Such as: What is this company? And what does it do?

The only clue is the firm referring to itself as Vector, “an international company established in 1981.” It says it has openings in Santa Monica, Los Angeles, Pacific Palisades, Venice, Marina del Rey, Beverly Hills “and surrounding areas.”

Is this a dubious way to recruit people? Yes, absolutely.

Here’s what you need to know if you or your kid got one of these things.

What the company is doing is recruiting young people to sell cutlery that costs an average of $366 but can run more than $2,700 for a high-end set. Vector/Cutco temporarily switched from Avon-style home visits to virtual sales calls because of the COVID-19 pandemic.

Salespeople earn about $21 for each appointment they book, or they will receive a sales commission of at least 10%, whichever amount is higher.

“Anybody can sell Cutco,” said Ryan Williams, 21, who started as a rank-and-file salesman after being recruited by a friend two years ago and now manages the company’s Northridge operations.

“I like to say we’re in the transportation business,” he told me. “We take people from where they are to where they want to go.”

If that sounds like a well-honed sales pitch, bingo. The people who succeed at this game are the ones who are naturally gifted at moving product — any product.

“I understand selling knives might sound weird or different,” Williams acknowledged. “Sales isn’t for everybody. We’re looking for people who work hard and take the initiative.”

And perhaps who won’t ask too many questions.

The internet is dripping with posts from former Cutco salespeople who say the company is little more than a pyramid scheme aimed at enriching senior managers.

There’s something to this. Williams said salespeople are encouraged to recruit friends who would be a good fit for the organization. He also said managers such as himself receive a share of sales made by underlings.

But that doesn’t make this a pyramid scheme, in which money flows upward to the highest-level employees, leaving few proceeds for those at the base of the pyramid.

As best as I can tell, Vector doesn’t rely on an endless stream of raw recruits to generate cash. The company has a legitimate product to sell and the reviews for its knives are generally positive.

It also doesn’t require new salespeople to purchase their own knife sets for demonstrations — a classic ploy for what are known as “multilevel marketing” operations, such as Amway or Herbalife.

Indeed, Vector goes to elaborate lengths to insist it’s not a multilevel marketing company, although that’s precisely what it is.

According to the Federal Trade Commission, multilevel marketing companies “sell their products or services through person-to-person sales. That means you’re selling directly to other people, maybe from your home, a customer’s home or online.”

“If you join an MLM, you’ll be a salesperson,” the agency says. “Your job will be to sell the company’s product and, in many cases, to convince other people to join, invest and sell.”

Joel Koncinsky, a Vector spokesman, told me that even though the company’s salespeople are rewarded for bringing in new recruits, the compensation system is different from that of some other multilevel marketing companies in which higher-level employees profit from the cash flow of subordinates.

“We think this is where the confusion lies,” he said.

Well, no. Vector’s sales structure is an exact match for the FTC’s definition of a multilevel marketing company. There’s no confusion.

That’s one reason Vector has been sued multiple times for allegedly deceptive recruiting practices, including an action taken by the Arizona attorney general in 1990 and another by Wisconsin authorities several years later.

In 2011, Vector agreed to pay $13 million to settle a lawsuit alleging it failed to pay its salespeople minimum wages.

Five years later, the company paid $6.75 million to settle a class-action lawsuit alleging it failed to adequately compensate salespeople in California and a handful of other states.

“In the world of business, lawsuits happen,” Koncinsky said. “We settled not as an admission of guilt, but to better invest our time and energy into the hardworking managers and reps that we serve on a daily basis.”

Some former salespeople say online that part of the reason Vector aggressively recruits inexperienced young people is because it wants them to get their feet wet selling knives to friends and family, who may be more likely to take pity and make a purchase.

That doesn’t make Vector or Cutco a pyramid scheme. But the fact that the company is so reluctant to own its multilevel marketing status is a red flag.

My biggest issue with all this is the deliberately ambiguous recruitment strategy focusing on teens and people in their early 20s, who are targeted via mailing lists sold by shadowy data brokers.

Any company that’s on the up-and-up, and that’s selling a legitimate product, shouldn’t be hiding behind unmarked envelopes and letters that go out of their way to not tell you anything.

If you’re a knife company and the recruitment letter doesn’t contain the words “knife” or “knives,” there’s clearly an effort being made to mislead.

Koncinsky insisted everything’s made clear “during the interview process.”

“While our letters do not try to explain everything our representatives would be doing, every one of our recruitment letters clearly states our name Vector,” he said.

Williams, the Vector Northridge manager, told me you can’t beat the once-in-a-lifetime opportunity of selling stuff to a captive audience stuck at home during a pandemic.

Sales, he said, have more than doubled since last year.

“It’s been amazing,” Williams crowed. “Demos have been easier to book than ever before. Everybody’s cooking at an extremely high rate.”

He told me he started selling Cutco knives at the age of 19. He said he earned roughly $3,000 that first summer selling about $15,000 worth of knives.

“I’ve been able to pay my way through school and get some resume experience,” Williams said. “If that’s a scam, it’s a really good scam.”

We’ll just leave it at that.

Older Adults May Be Left Out of Some COVID-19 Trials

Tue Jun 23 , 2020
The coronavirus disproportionately affects seniors, but they may not be included in important clinical trials for vaccines and treatments. (Stuart Briers/The New York Times) Picture the day — in six months, a year and a half or in 2023 — when university researchers or a pharmaceutical company announces a breakthrough […] 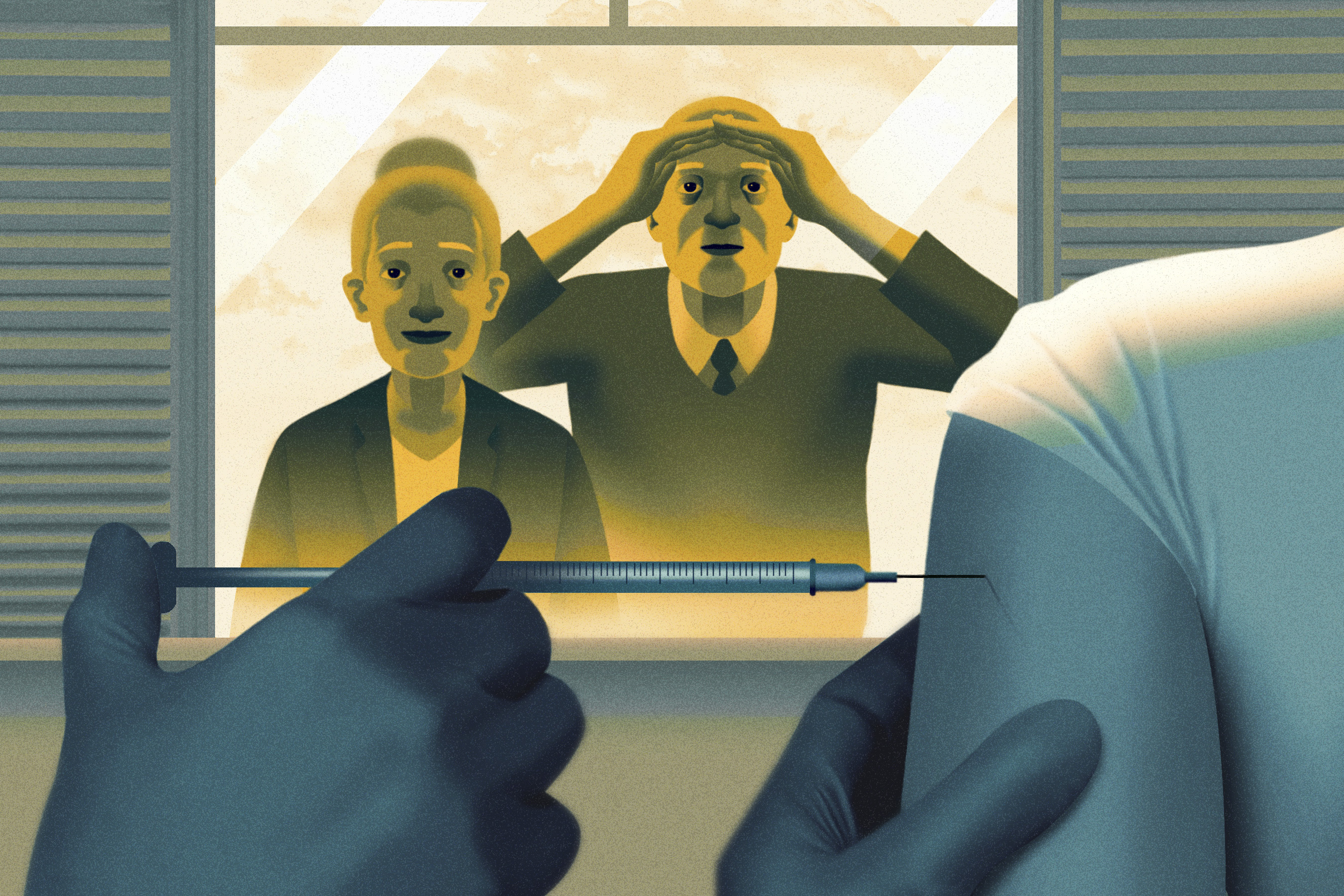