(Bloomberg Opinion) — Cupertino, we have a problem.

On Monday, Apple Inc. kicks off its Worldwide Developers Conference — a week-long annual event for the millions of programmers who create the apps that are enjoyed by roughly a billion iPhone users. It’s meant to be a platform for celebrating the tech giant’s developer community, but this year the backdrop is different — and not just because the conference is being held entirely online for the first time. This time around, the festivities arrive just as Apple faces fresh scrutiny about the fairness of its App Store policies. There is a rising chorus of criticism over Apple’s business practices and how the company treats its partners, and the company will have trouble sidestepping the debate.The issue came to the fore last Tuesday, when the European Union said it opened two formal antitrust investigations into Apple. One of the probes is centered around Apple’s requirements on when companies are required to use the App Store’s in-app purchase system, where it charges developers up to a 30% cut for digital content or services sold on its platform. Soon after that news hit, well-known Basecamp developer David Heinemeier Hansson accused Apple of a “shakedown” in rejecting the latest revision of his company’s Hey email app. After an initial approval, Apple later decided the Hey app didn’t deserve an exemption from using its in-app payment system, and thus would be required to use Apple’s billing service — and be subject to the fees that go with it — or face being kicked out of the app store.

Hansson’s willingness to call out Apple publicly unleashed a tidal wave of similar negative commentary from other developers, who resent what they see as Apple’s arbitrary enforcement and seemingly haphazard rule set in its App Store Review Guidelines. Some complained Apple’s fee structure was way too high, while others wrote about their similar domineering treatment experiences going through Apple’s app approval process. As the anecdotes piled up throughout the week, many journalists and bloggers increasingly took the side of developers. Of course, it didn’t help that Apple had already granted exceptions to larger companies including Netflix Inc. and Amazon.com, Inc. under special category exemptions and negotiated deals.

And it wasn’t only the developer community that was up in arms. Other larger technology companies and politicians felt compelled to weigh in amid the firestorm last week. Microsoft Corp. President Brad Smith said regulators should review Apple’s App Store practices, saying today’s digital mobile stores now had far “higher walls and far more formidable gates” against competition than when Microsoft’s Windows operating system did two decades ago during the company’s own antitrust battle. Further, Rhode Island Democratic Representative David Cicilline, the chairman of the House antitrust subcommittee, told The Verge the Apple App Store is “charging exorbitant rents — highway robbery, basically — bullying people to pay 30 percent or denying access to their market.”

The truth is, Apple’s dominance over nearly half of the U.S. smartphone market and its more affluent customer base means every developer and company with an app simply needs to be on the iOS platform. And its power is such that it can materially harm potential competitors at a whim with anti-competitive business decisions. Antitrust laws are tailor-made for situations like this.

Apple should accept this new reality and act accordingly. The company can defuse the situation by updating its policies to be more developer friendly. Many of its current guidelines were created under a drastically different circumstance more than a decade ago and need to be revamped. For example, Apple’s in-app payment system exemptions — from a business versus consumer service delineation to the exception for “reader apps” such as Netflix and Amazon’s Kindle — do not have much business logic behind them in today’s world. The fact that some developers are forced to give up nearly a third of their sales to Apple, while others can skate by without paying anything simply doesn’t seem fair.

So, here are the four things Apple can do:

Rewrite its App Store review guidelines with clear, concise and precise language for its requirements and terms. There is still too much confusion on what is allowed or not allowed under its current policy, making every app approval process a worrisome ordeal for developers.    Make any in-app purchase system exemption that is offered to larger and powerful companies available to smaller developers as well. It’s a bad look to offer loopholes for Amazon, but not for the rest of the community.   Consider a complete revamp of the entire fee business model. Online dating company Match Group, Inc. said in a statement last week it is unfair that the “digital services” app category is the only one that is forced to pay fees to Apple. The company noted apps that provide ride-sharing services and social-network apps that monetize through advertising don’t have to pay that same cut. Perhaps, if Apple can spread its fee take to a larger base of companies, it can then lower the overarching percentage. For example, the Epic Games Inc. Games Store charges a 12% fee on software sold on its platform, while also allowing developers the ability to use their own payments services for in-app purchases.    Abandon certain blatantly anti-competitive restrictions — such as forbidding links and descriptions to external, potentially cheaper purchasing alternatives.

The ability to offer more choice to consumers is the main request by the developers who are criticizing Apple’s policies. Hansson, the developer at the center of the last week’s debate, told me he and others like him want the ability to bill their own customers and direct potential customers to where they can buy a subscription. “Fundamentally, we want choice,” he wrote in an email. “It’s plain, it’s fair, and it’s way over due.” European Union said last week it will look into Apple’s restrictions that keep developers from informing users of alternative purchasing avenues inside apps.

Epic Games CEO Tim Sweeney also agrees app developers should not be forced to use Apple’s in-app payments system. Apple blocks competing payment providers from offering lower fees, Sweeney told me in an email. “iOS and Android should be level playing fields where all stores and service providers can compete freely, unhindered by anti-competitive tying of stores and services,” he wrote.

Yes, acceding to some of these demands and concessions may hurt Apple’s finances on the margin. But the tech giant valued at nearly $1.5 trillion can afford it. Meanwhile, there is no doubt the antitrust regulatory freight train is coming down the track at full steam in both the U.S. and Europe. Apple should proactively offer fairer terms or risk cruder regulatory actions from governments that will likely be far worse.

Tae Kim is a Bloomberg Opinion columnist covering technology. He previously covered technology for Barron’s, following an earlier career as an equity analyst.

Mon Jun 22 , 2020
On Sunday, June 14, a reported 15,000 protestors, dressed mostly in white, filled the block outside of the Brooklyn Museum to overflowing. After a series of speakers called for the centering, protection, and elevation of Black trans women, the crowd marched two miles through downtown Brooklyn to Fort Greene Park […] 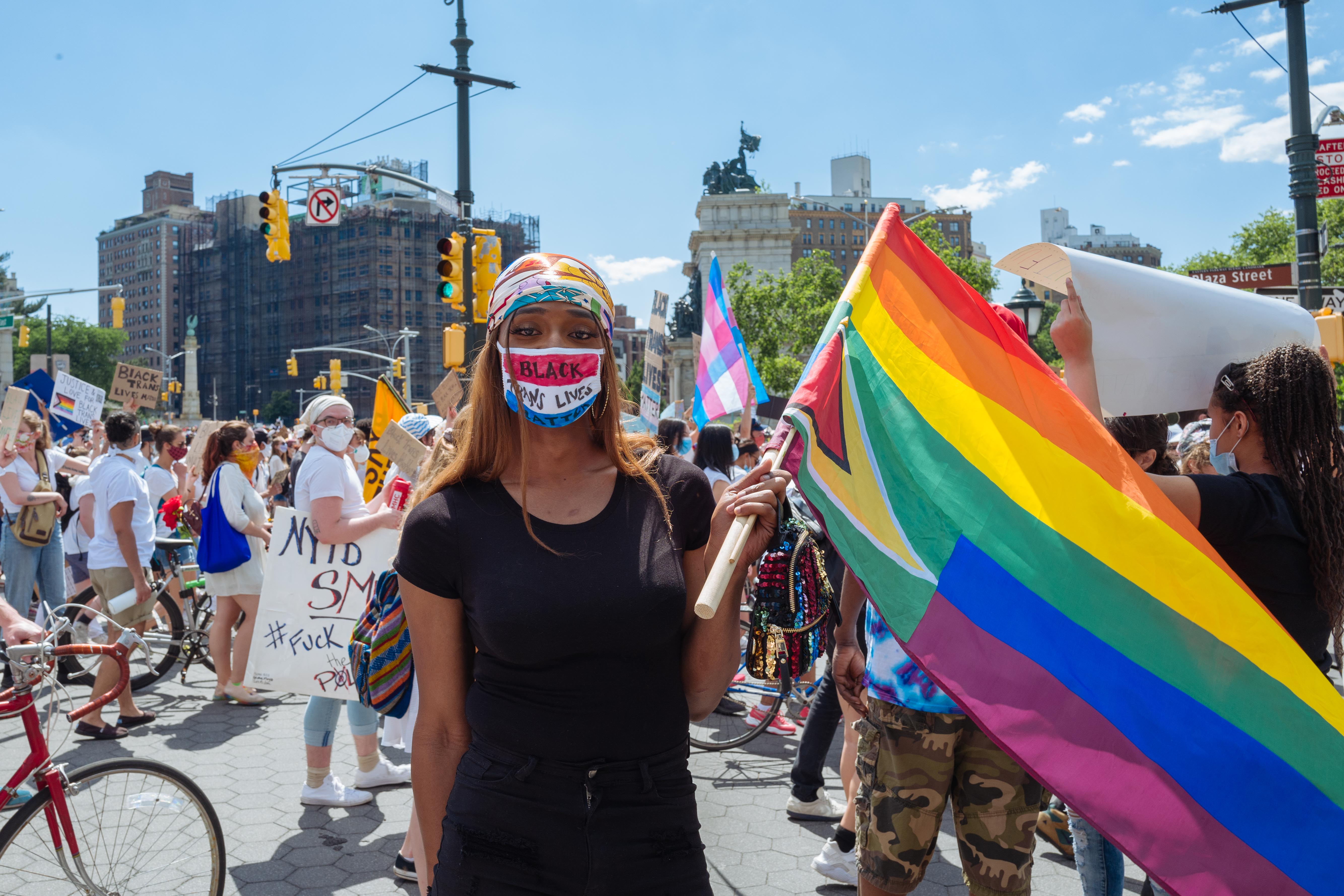