As the Cannes online market moves forward, it’s no doubt that streamers are still the big story in the indie world — and as European producers try to restart shoots as lockdowns are lifted, their feelings towards Netflix and other streaming giants are decidedly mixed.

There is no doubt that Netflix, Amazon Prime, Disney Plus and other global platforms are considered “the big winners” amid the coronavirus crisis, as Carole Scotta, founder and head of France’s prominent producer-distributor Haut et Court (“The New Pope”) recently put it during a Variety-moderated panel. In meeting the additional demand created by people all over the world forced to stay at home to help stem the spread of the coronavirus, subscriptions to the streamers’ services have, of course, skyrocketed. Netflix, which leads the way, now has 182 million subs in over 190 countries, driven by programming in increasing numbers of languages.

Netflix, Amazon, YouTube, Apple, Disney Plus as well as other streaming services offered by European broadcasters, such as RAI, France Televisions, BBC, and ARTE, have collectively become among the main drivers of broadband traffic, in Europe and around the world, amid a massive increase of online access to content.

The streaming platform model is inexorably changing the nature of the film and TV industry and, during the pandemic, when the theatrical exhibition business has been shut down, studios and distributors have been altering exhibition windows, while some indie distribs have been working with specialty circuits to offer screenings and revenue-sharing online. Platforms are also increasingly encroaching on ratings and therefore advertising revenue of traditional broadcasters who have see advertising erode even more due to the temporary loss of live TV and sports events.

Cash-flush global streamers are bound to play a crucial role for Europe’s indie producers as they pick up the pieces and try to bounce back in the wake of the coronavirus outbreak.

But while it’s great to have new resources to turn to, there are also deep-seated fears. Mainly that their business model — involving full-financing in exchange for most of a property’s rights — could become the kiss of death for the European industry’s already endangered ecosystem and the cultural enrichment it is perceived as providing.

She notes that European producers are seeing “the predominance of a financing model based on the one the streamers use, where producers don’t have any rights or [get] revenues back.”

Hummelvoll points out that there has never been so much demand for content. “But for what content?,” she says, when algorithms are known to dictate what projects get greenlit by platforms. “This is a paradox that we are experiencing every day as producers,” she says.

Of course global platforms represent an opportunity for European producers to grow and reach international audiences.

But “at what cost?” she wonders. “Particularly when it comes to keeping the rights and deciding what content should be made,” Hummelvoll says.

The EPC is discussing measures to curb the power of streaming giants with the European Commissioner for the internal market, Thierry Breton, who has created an informal task force on this topic.

The general idea is to set a new legislative framework so that global streamers participate in some way in the post-pandemic European film and TV industry recovery effort besides just pumping money into productions that play on their platforms.

There are various ways the platforms could do this. One measure on the table is a “digital tax,” given the number of complaints from European broadcasters that global platforms are not subject to the same taxes they pay, according to producer Alvaro Longoria, the EPC’s former chief, who runs prominent Spanish indie Morena Films (Asghar Farhadi’s “Everybody Knows”).

The bigger-picture plan would be to push the platforms to invest money in the broader European system of subsidies in a way that can also help exhibitors and distributors, according to Scotta.

Other issues on the table in Brussels include stricter content and investment quotas; possibly setting a time limit, or window, on the period that streamers are allowed to contractualize a piece of content for, which would free-up part of the value chain for producers; and ongoing efforts to keep current geo-blocking rules in place, reflecting a territory-by-territory approach to rights’ sales which is at the basis of European co-productions.

Netflix and Amazon Prime Video declined requests for interviews for this article.

“These days more than before, directors and producers in Europe are able to seek a wide range of partnerships; there is much more pan-European cross-pollination,” says Italian producer Simone Gattoni, who shepherded Marco Bellocchio’s mob drama “The Traitor,” for which he tapped into funding from Germany and France.

“This brings great creative and artistic freedom,” he notes. At the same time, structuring deals across Europe is complicated since regulations on things such as theatrical and TV windowing vary from country to country. And now, producers must factor in fallout from the pandemic. One current consequence of coronavirus is that European producers are having trouble finding insurance coverage that will allow them to start shooting again, whereas Netflix productions are covered by an in-house insurance.

“In this scenario you have streaming giants who come and say: ‘Here is the full budget,’” and it’s tempting, says Gattoni, who adds that the rules to level the EU playing field “have to be pan-European because, if not, platforms will privilege countries that give them more advantages.”

Another Italian producer, Rosario Rinaldo, head of TV production company Cross Prods. (which is owned by Germany’s Beta Film) has a similar take.

“The (streaming) platforms are giving us a truly fantastic opportunity,” he says. “My only worry is that so far I can’t see a business model that gratifies me, that can work for me the same way as the business model I have with [pubcaster] RAI. That is the damn problem!”

RAI, he explains “has a culture of real productive exchange,” he says, adding, “We are co-producers. I invest, taking a risk. But I know that in the end I have the possibility of being able to monetize my rights. Rights that I hold on to.” Rinaldo cites the case of his weed-smoking cop show “Rocco Schiavone,” which plays on Starz in the U.S. and, “besides a minimum guarantee brought in a 90% profit margin in international sales.”

Just like many other European producers, Rinaldo isn’t demonizing the streamers, just trying to find the best way to work with them.

“It’s obvious that I can’t apply the same business model to the streamers that I do with RAI, where I hold on to world rights,” he says. “But I have to find a way, so that my mission as an independent producer — who must hold on to rights — has a meaning,” he says.

Rinaldo also thinks he has the solution. “It’s simply a matter of redefining windows,” he says. For him that is the key issue. To get global streamers to board a project for which they don’t hold the bulk of rights in perpetuity, so that he and other producers can eventually get some revenues streams from other outlets. The solution is to make windows for the streamers shorter which, he says, “can be beneficial to both parties.”

10 Things You Need to Equip Your Home Office

Tue Jun 23 , 2020
Sure, you’ve always had a computer and a printer. But now that we’re working from home so much more than pre-coronavirus, it’s time to get serious about your home office. These 10 products can help. X-Chair Your computer is important. The right desk is crucial. But the single most important […] 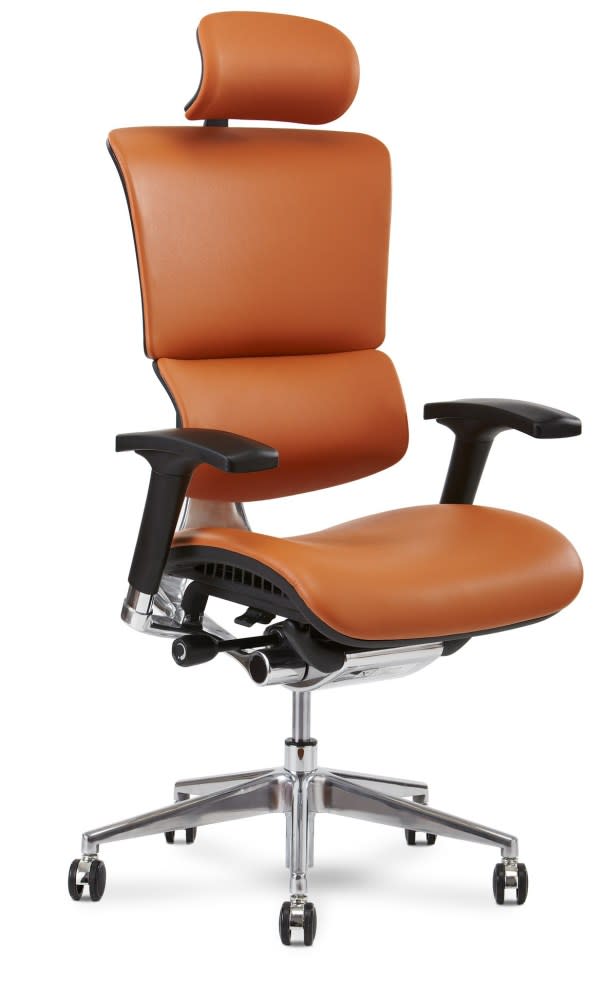