The North Face was the first major brand to halt its paid advertising on Facebook.

The North Face announced its decision on Friday.

“We know that for too long harmful, racist rhetoric and misinformation has made the world unequal and unsafe, and we stand with the NAACP and the other organizations who are working to #StopHateforProfit,” Steve Lesnard, The North Face’s global VP of marketing, said in a statement.

Patagonia announced Sunday that it would boycott Facebook over “hateful lies and dangerous propaganda on its platform.”

REI said it would stop its Facebook ads for the month of July.

Talkspace, a mental health app, also halted its Facebook advertising. CEO Oren Frank said he “will not support a platform that incites violence, racism, and lies.”

Software company Braze did the same. CMO Sara Spivey called for other companies to join the boycott on Twitter.

Fons, a payment company, has sworn off Facebook advertising too.

CEO and co-founder Eric Branner said that the boycott could potentially lead to Facebook changing its policy.

Ice cream maker Ben & Jerry’s called on Facebook to take “clear and unequivocal actions” to stop the spread of “racism and hate” on its platform.

Ben & Jerry’s, which has campaigned against racial inequality for years, tweeted its announcement Monday.

“We will pause all paid advertising on Facebook and Instagram in the US in support of the #StopHateForProfit campaign. Facebook, Inc. must take the clear and unequivocal actions to stop its platform from being used to spread and amplify racism and hate,” the company said.

Arc’teryx, an outdoor clothing brand, said it will pause advertising on Facebook and Instagram through at least the end of July. The brand tweeted: “We need a break @facebook.”

Magnolia Pictures — the studio behind “I Am Not Your Negro” and upcoming documentary “John Lewis: Good Trouble” — is pausing its advertising.

Upwork, a virtual freelancing platform, is halting its advertising. CEO Hayden Brown tweeted, “We’re out too.”

“We cannot stand by and be complicit to or complacent about the spread of hate, racism and misinformation, and that is why we are supporting the Stop Hate for Profit advocacy campaign, which calls for pausing advertising on all Facebook platforms in the month of July. Upwork will pause advertising on Facebook and Instagram as a part of this campaign,” Brown told NBC News in a statement.

Limeade, a software company that focuses on employee experience, is also halting advertising.

After the ADL sent a letter to Verizon, the company told AdAge it would pause advertising until Facebook could “create an acceptable solution that makes us comfortable.”

After the Anti-Defamation League sent a letter to major advertisers allegedly showing their ads next to hate speech on Facebook, Verizon decided it would temporarily halt advertising on the platform.

“Our brand safety standards have not changed,” a Verizon spokeswoman told AdAge, adding: “We’re pausing our advertising until Facebook can create an acceptable solution that makes us comfortable and is consistent with what we’ve done with YouTube and other partners.”

Unilever, a major multinational consumer goods company that owns brands like Dove, Lipton, Breyers, Hellman’s, Q-tips, and Vaseline, said it would halt US ads on both Facebook and Twitter for the rest of 2020.

“Based on the current polarization and the election that we are having in the U.S., there needs to be much more enforcement in the area of hate speech,” Luis Di Como, Unilever’s head of global media told The Wall Street Journal, which was the first to report the news.

“There is much more to be done, especially in the areas of divisiveness and hate speech during this polarized election period in the U.S.,” Unilever said in a statement. “Continuing to advertise on these platforms at this time would not add value to people and society.”

Facebook’s stock tumbled as much as 7% following Unilever’s announcement.

Honda’s US division, became the first automaker to join the ad boycott.

“For the month of July, American Honda will withhold its advertising on Facebook and Instagram, choosing to stand with people united against hate and racism. This is in alignment with our company’s values, which are grounded in human respect,” Honda told AdAge.

Birchbox, a subscription company that sends customers samples of makeup and other beauty-related products, has joined the boycott as well — one of the first beauty companies to do so.

“In support of the #StopHateForProfit campaign, Birchbox US will be pausing paid advertising on Facebook and Instagram during July, and plan to re-allocate our advertising dollars to other platforms and to support more individual content creators,” the company said in an Instagram post.

“We want Facebook to acknowledge this demand for change and to commit to making the necessary changes suggested on StopHateForProfit.org,” it added.

The Hershey Co. is halting ad spending on Facebook and Instagram in July and will cut spending by a third for the remainder of the year.

“As a company, we stand for the values of togetherness and inclusion and we are resolute in our commitment to make a difference and be part of positive change,” Jill Baskin, The Hershey Co.’s chief marketing officer, told Business Insider. “We are hopeful that Facebook will take action and make it a safe space for our consumers to communicate and gather.”

Baskin added that the company told Facebook that it was unhappy with its stance on hate speech earlier this month but was not satisfied with its response. The company also said that it cut its spending on the platform by a third for the remainder of the year.

“We do not believe that Facebook is effectively managing violent and divisive speech on their platform,” Baskin said. “Despite repeated assertions by Facebook to take action, we have not seen meaningful change.”

Coca-Cola said it would pause paid ads on all social media platforms so it can “reassess” its ad spending policies.

Coca-Cola CEO James Quincey told Adweek that Coca-Cola will pause international paid ads across all social media platforms for 30 days so it can “reassess our advertising policies to determine whether revisions are needed.”

“We stand up for what’s right, and we stand with all who are committed to the fight against hate speech, racism and prejudice,” the company said in a statement. “That’s why Beam Suntory is joining #StopHateForProfit, pausing all paid Facebook and Instagram advertising in the US across our brand portfolio throughout July. We hope this collective action helps catalyze positive change and accountability, and we will evaluate our advertising approach beyond July as we await Facebook’s response.”

Starbucks is pausing advertising on all social media platforms.

The coffee giant did not mention Facebook by name, but said it is continuing internal discussions with partners and civil rights organizations “in the effort to stop the spread of hate speech.”

“We believe in bringing communities together, both in person and online, and we stand against hate speech,” the company wrote on its website on Sunday. “We believe more must be done to create welcoming and inclusive online communities, and we believe both business leaders and policy makers need to come together to affect real change.”

An Online Hub, Social Distancing, and Maybe Even a Date Shift

Mon Jun 29 , 2020
The 2021 Sundance Film Festival may still be months from unfolding in Park City, Utah, but newly-installed festival director Tabitha Jackson has revealed that the festival is planning for a range of scenarios when it comes to imagining what the event will look like during the global health crisis. In […] 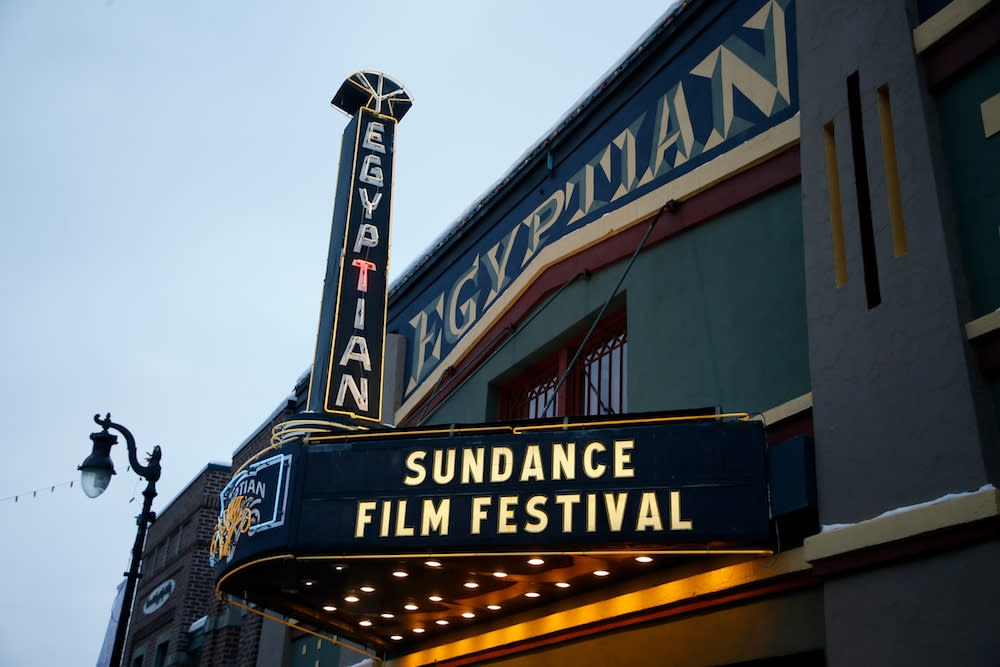