Airbnb is launching an initiative in partnership with online racial justice group Color of Change to root out racial discrimination on its platform in the U.S. by monitoring and measuring when it occurs.

Data collected through Project Lighthouse will help the company create tools and policies to combat bias against Black users and other people of color, Brian Chesky, Airbnb’s CEO and co-founder, told USA TODAY.

“The reason we started Airbnb was to connect people, to make sure that they feel like they belong in the communities they visit and the biggest obstacle to belonging is discrimination,” Chesky said in an interview. “It became very evident that until you can actually measure your progress with data, you can’t actually combat systemic bias and discrimination on the platform.”

The project will start June 30 and will be limited to U.S.-based hosts and guests, touching on the reservation process, reviews from hosts and guests and contacts with Airbnb customer support.

Airbnb users can opt out on their account’s privacy and sharing page. Users who do not opt out may be randomly selected to be part of the analysis, Airbnb says.

Any information collected will be used only for anti-discrimination work and will remain private, Chesky said. The company eventually plans to release results publicly so that other companies can learn from its work.

Facebook while black: Users call it getting ‘Zucked,’ say talking about racism is censored as hate speech

“This is not a ‘mission accomplished.’ This is a mission just starting and getting going,” Chesky said. “I think we are going to be working on this for a very long time to come, so long as there is discrimination on our platform.”

Silicon Valley digital platforms have a long track record of both empowering and harming Black people, which makes Airbnb’s efforts to measure, understand and be transparent about the discrimination taking place all the more groundbreaking, says Rashad Robinson, president of Color of Change.

“Corporations have to put considerable resources into fighting discrimination on their platforms and they have to make it an operational priority,” Robinson told USA TODAY in an interview.

Airbnb’s Project Lighthouse will measure discrimination based on perception, using a methodology that determines the race someone might associate with a first name and profile photo. These perceptions will be aggregated and used to identify discrepancies in people’s experiences on the platform that could result from discrimination and bias.

“Black people get gaslit regularly and people of color get gaslit around whether or not something is discrimination or not discrimination,” Robinson said. “Because racism can be a shape-shifter, we need methodology and tools to analyze how it’s shape-shifting.”

Airbnb’s project is part of an ongoing reckoning on race. The San Francisco company upended the hospitality industry by giving people the power to rent their homes over the internet. In the process, it also unwittingly enabled people to act on their biases.

Criticism of Airbnb began in 2015 when a Harvard University study found it was tougher for guests with African American-sounding names to rent rooms through the service. Firsthand accounts from Blacks denied lodging because of race gained national attention after being shared on social media with the hashtag #AirbnbWhileBlack.

Chesky’s company responded with a task force and an anti-discrimination team, but was stymied by trying to fight a systemic problem with nothing but anecdotes, he says.

Project Lighthouse, in development for nearly two years, comes as millions of Americans gather in cities large and small to condemn police brutality and racial injustice following the death of George Floyd in police custody. Major corporations have been quick to respond with donations and statements.

With this partnership and project, Airbnb is looking to set itself apart from other Silicon Valley corporations such as Facebook which have been heavily criticized by civil rights groups for their treatment of African Americans.

Airbnb has other ongoing challenges, such as the impact it has on neighborhoods of color and the homogeneous makeup of its workforce and leadership. Just 3.5% of its employees and 6% of its leaders are Black.

The stakes are high for the IPO-bound Airbnb, which has an added incentive to appeal to lodgers of color, particularly as the COVID-19 tidal wave of cancellations puts severe financial strain on the company.

Airbnb had planned to file IPO papers on March 31 but shelved plans amid the pandemic. In May, Airbnb slashed 1,900 jobs – a quarter of its workforce – as global travel came to a standstill.

This article originally appeared on USA TODAY: Airbnb while Black: Partnership with Color of Change to root out bias

Can we really grieve over Zoom? Mourning from a distance in the age of coronavirus

Mon Jun 15 , 2020
From Monday 15 June, Anglican churches are reopening to allow funerals, and all places of worship are reopening for private prayer. Communal worship will not be allowed before 4 July at the earliest. And many families have already had to endure saying goodbye to their loved ones from a distance. […] 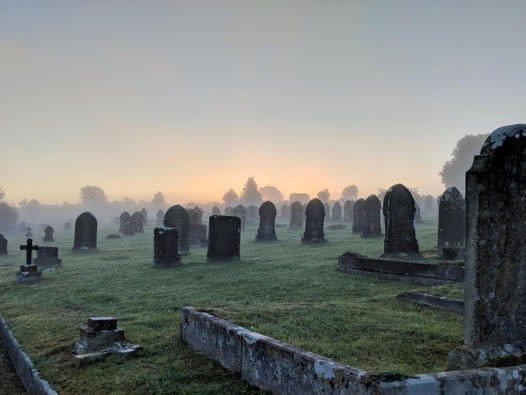