WASHINGTON — A top Democrat leading an antitrust investigation into the nation’s top technology companies said Wednesday his committee will release a report by the end of August with recommendations on legislation that Congress could pass into law as soon as next year.

“There’s no reason to not expect a new administration to take this up in their first year,” said Rep. David Cicilline, D-R.I., in an interview on “The Long Game,” a Yahoo News podcast.

“Antitrust laws were developed during the railroad monopolies and the oil barons. It’s a very different economy now. The question is, do we need to update and modernize our antitrust statutes to ensure that in the digital marketplace we have real competition? I think it’s pretty clear we don’t have real competition, partly because of the size of these platforms, and partly because of the fact that they have essentially been unregulated,” Cicilline said.

On Monday, the CEOs of the four biggest technology companies — Jeff Bezos of Amazon, Mark Zuckerberg of Facebook, Sundar Pichai of Alphabet and Tim Cook of Apple — will testify before the House Judiciary Committee’s antitrust subcommittee, chaired by Cicilline. Their testimony will occur via video link, though Cicilline and some members of the committee will physically be in a hearing room in Washington.

This hearing is the last in a series held by Cicilline’s subcommittee over the past year, and the stakes for the major tech companies are high, with significant implications for their businesses and revenues.

Cicilline indicated that he and other members of the committee will be asking the CEOs about aspects of their companies and business models that lawmakers suspect are suppressing competition from smaller companies and competitors. He said he wants to hear directly from the CEOs about decisions they might have made that have “impacted competition, that may have favored their own goods and services, that bullied consumers or small businesses.”

The big tech companies “are taking their monopolies in one market and leveraging them to take over new markets that depend on their platforms, making competition impossible,” said Sally Hubbard, an antitrust expert at the Open Markets Institute, a think tank and advocacy group formed in 2017 to push for greater government oversight of big tech.

“In the process, these platforms crush entrepreneurs and businesses of all sizes,” Hubbard said in testimony before a Senate committee in March. “Employees of those businesses lose jobs or get paid less. And this monopoly dynamic degrades the quality of offerings to consumers, who should get the most relevant product search results, not results that prioritize Amazon’s or Google’s profits.”

Hubbard said that Google, which is owned by parent company Alphabet, uses its dominance of the search market to box out competitors that might eat into its huge digital advertising revenues. Likewise, she said, Amazon uses its massive size and reach to identify products that are selling well online, put its own version of those products up for sale and then manipulate search results so customers buy its products and not the competition’s.

“Like Google, Amazon can also take other people’s businesses and ideas almost at will. Amazon can see that a product is selling well because Amazon has all the data on product sales and customers, so Amazon can easily cut innovators out of the equation and make the product itself,” Hubbard said.

The other tech giants face similar allegations. Apple has been accused of discriminating against competitors to its Apple Music program, such as Spotify. And Facebook, while often the company that attracts the most attention, is probably the most complicated when it comes to antitrust law and regulation in general.

One of the biggest complaints against Facebook is that its business model prioritizes “engagement,” and the algorithms it uses to promote and demote content higher and lower in users’ feeds has a bias toward posts that are often untrue, misleading or incendiary and hateful, because those often provoke the strongest emotional responses among users. That emotion fuels longer stays on the page and increases Facebook’s advertising revenue, critics say.

Cicilline and another Democrat, Rep. Anna Eshoo of California, have both introduced legislation that would prohibit tech companies like Facebook from using details about users to “micro-target” political advertisements to select niche audiences.

“Usually if you do a fake ad that’s false against me, I can do an ad in response to it, because I know it’s been shown to people on television or radio and I can do the same to respond to it. With micro-targeting, where all the information is so granular and so collected, so they send it to specific individuals, I don’t actually have any way to know who saw that ad. I can’t respond in the kind of normal marketplace of ideas where I can just do my own ad,” Cicilline said. “That’s what makes it so dangerous.”

Cicilline has talked about removing protections from liability for tech companies under Section 230 of the Communications Decency Act, but has not yet done so. The law says online platforms are not publishers and are not liable for the content posted to them. Eliminating that protection would potentially open them up to lawsuits.

Conservatives like Sen. Josh Hawley, R-Mo., have also targeted Section 230, but for different reasons, arguing that Facebook, Twitter and Google are censoring conservative voices. In late May, President Trump signed an executive order that, while largely symbolic, sent a signal that he might push for the tech companies to lose their Section 230 protections.

Cicilline dismissed the Republican complaints. “I don’t have any evidence to show that Facebook is discriminating against conservatives on speech at all,” he said.

Republicans on the House Judiciary Committee have asked that Twitter CEO Jack Dorsey also testify on Monday, because much of the right’s ire about content moderation is directed at that platform, even as Facebook has been accused of giving preferential treatment to Trump in particular. Dorsey has not been invited, a committee source confirmed.

The potential actions by Congress or regulatory agencies to deal with antitrust issues range from breaking up some of the companies into smaller pieces to imposing what’s known as “common carrier” rules that try to cut down on discrimination against certain customers, to more aggressive enforcement of antimonopoly laws and greater scrutiny of mergers to prevent monopolies.

Cicilline said that in this area, European governments have provided elements of a road map.

“I think some of our European allies have been sort of much further ahead on this issue and sort of recognized some of the privacy issues and competition issues,” he said.

Back to school? Most major schools are heading toward online class as COVID-19 cases spike

Thu Jul 23 , 2020
As COVID-19 cases rise in most states, the prospect of in-person learning this fall at the country’s major school districts is becoming increasingly remote. As of late Wednesday, 11 of the top 15 school systems by enrollment were already either planning to start the fall semester online or in a hybrid of […] 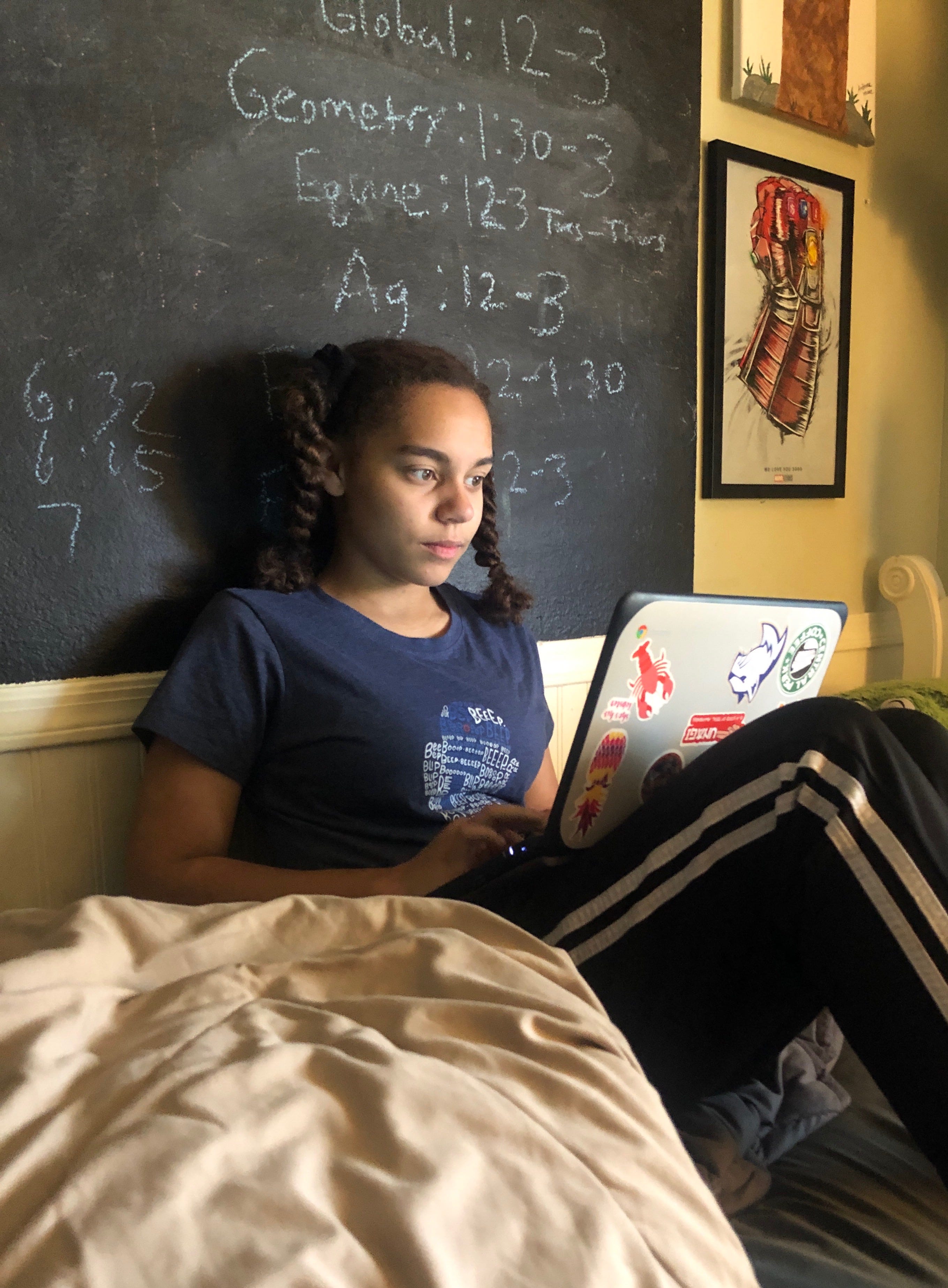