Hi, and welcome back to Influencer Dashboard, our weekly rundown of what’s new in the influencer and creator economy.

This is Amanda Perelli and I’ll be briefing you.

As the influencer industry has grown, so has the need for capital from investors.

This week, my colleague Dan Whateley and I highlighted some investors and VC firms funding innovative startups built around YouTube, Instagram, and TikTok creators.

Investors are funding a wide range of companies geared toward influencers, from the competitive gaming group and brand 100 Thieves, to the teen media company Brat TV, and the celebrity shout-out app Cameo.

“I’m a big believer in that the biggest consumer companies in the future will be built around creators because they have so much distribution,” said Blake Robbins, a partner at Ludlow Ventures. “There are some really interesting opportunities within consumer, whether that’s software or physical goods. There’s going to be a lot of interesting companies that emerge here, and I also think there’s this rising middle class where even if you’re not making millions of dollars a year as a content creator there’s still opportunity to make a real living.”

You can read most of the articles here by subscribing to Business Insider. And if this is your first time reading Influencer Dashboard, subscribe to the newsletter here.

Dan wrote that after acquiring the influencer-marketing startup four years ago, YouTube is tapping into Google’s vast pool of data to try and gain an edge.

All YouTube BrandConnect deals will now be initiated by the company’s in-house team — instead of some using its previous self-service platform — and Lori Sobel will be its new global head of business, coming to BrandConnect after 16 years in various roles at Google.

The company said brands will pay an upfront fee for each influencer campaign and in return YouTube will guarantee a certain number of organic views. YouTube takes a percentage of the fee paid by the brand and creators who are part of the campaign get paid a pre-negotiated rate, which is also covered by the upfront fee.

Read more on how the company plans to play matchmaker for brands and creators.

As TikTok stars move to Los Angeles to pursue careers in entertainment, many are getting houses together to collaborate and pitch themselves to brands as creator collectives.

Dan reported that Drip Crib, one of several new TikTok collab houses, has recently encountered an array of challenges that threaten to derail the project.

The house’s founder Devion Young told Business Insider last week that he was behind on rent payments to the house’s rental management company, The Maimon Group. Renting the house costs nearly $20,000 per month, according to the real estate company’s website. The Maimon Group told Business Insider that it planned to take legal action against Young due to unpaid rent, though it had not done so yet.

Besides Drip Crib’s landlord, Young has also been at odds with its former manager, Ariadna Jacob, whose talent firm Influences manages a couple other TikTok-focused creator properties in Los Angeles called Girls in the Valley and Kids Next Door.

Last week, Young and Jacob severed ties. Both parties cited to Business Insider disputes around their management agreement and the handling of conversations with the house’s landlord as breaking points in their business relationship.

Read more on Drip Crib: from unpaid rent to a livid landlord, here.

What else happened on BI this week:

The influencer-marketing platform Captiv8 tracked follower growth data on TikTok from the back part of February until the first week of June.

Here’s what it found:

Joi Wade grew up in a family of entrepreneurs and she would sell things like friendship bracelets for $1 when she was growing up.

Now Wade runs a natural hair and haircare YouTube channel with 117,000 subscribers and is the founder of the hair tool company Joiful Bee.

She started her YouTube channel in 2011 while she was in middle school and began to post videos consistently to her channel when she got to high school, she told Business Insider.

In 2016, she had her first paid deal with a hair care company, earning “a couple hundred dollars,” she said. In February, she launched a hair tools kit designed for women with naturally curly hair.

“It’s going to be way more popular in upcoming years for creators to have a product,” she said. “If I’m working with a brand to promote something I use every day, why don’t I just create my own?”

To market the product, she used her newsletter, Instagram account, and YouTube channel. She involved her audience in the entire process, from pricing the product to what tools they wanted her include.

Wade said she decided on the number units to sell for her first launch by studying her average newsletter engagement.

She sold out her first launch in a weekend (200 units), and she invested the money she made and released a second launch (500 units), which also sold out.

Currently, she is working on third launch with 1,000 kits for September, she said.

Here’s what else we’re reading:

Thanks for reading! Send me your tips, comments, or questions: [email protected]

Thu Jun 18 , 2020
HILLSBOROUGH, NJ — The coronavirus quarantine is taking a mental and emotional toll on everyone, but is especially hard for families of special needs children. Without the structure of school or ability to socialize freely, each day can be a struggle. Hillsborough mom Jenny Sargent is sharing a heartfelt message […] 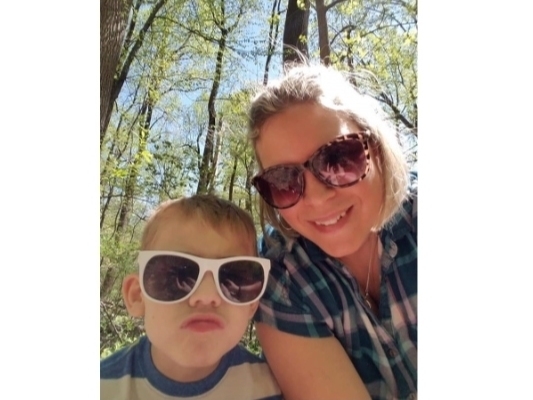