The two big telecommunication companies in the country were included among the most improved internet providers of 4G availability in the world despite the still slow internet speed compared to other countries.

UK-based Opensignal Ltd. listed Smart Communications and Globe Telecommunications in the roster of the top 30 mobile network operators in the world that improved its services in terms of 4G internet connections and video experience.

The average proportion of users that used the 4G of PLDT’s wireless arm Smart grew by 17.9% and Globe’s scores for video experience increased by 32.7% and for download speed by 24.5%.

Opensignal described these scores as “comfortably above the global average.”

Both telecom providers welcomed such recognition of their efforts and assured their subscribers to continue improving their services.

Alfredo Panlilio, Smart President and Chief Executive Officer and PLDT Chief Revenue Officer, said that they hoped to be at par or surpass the internet capabilities of Vietnam and Thailand.

“As the country’s largest and only fully integrated telco, we will continue to invest in improving our network and our services, and we will benchmark our performance against countries like Vietnam and Thailand to be better. I think every Filipino deserves that kind of service,” Panlilio said.

Gil Genio, chief technology and information officer of Globe, also said that the public should expect more “remarkable” improvements from them.

“Expect more of these remarkable improvements as we continue with our aggressive efforts to upgrade the network for better connectivity and service,” Genio said.

Since last March, there has been a surge in demand for faster and better internet connection as Filipinos resorted to digital platforms in their attempts to cope with the tough lockdowns and the ongoing novel coronavirus pandemic.

Companies employed different remote or work-from-home schemes to their workers. Schools in all levels also tried to adapt to distance learning which mostly involves online classes as face-to-face teaching is still prohibited.

As of August, a SpeedTest by Ookla showed that the Philippines did not even make it to the top 10 or 20 countries in terms of the global average of broadband speeds.

The country is only at the 106th place in terms of the global average of fixed broadband speeds with only 25.34 Mbps (megabit per second) and slower for mobile with only 16.44 Mbps which placed the Philippines at the 119th spot.

Aside from political setbacks, some Reddit users discussed that the lack of submarine cable systems that are supposed to support bandwidth capacity in the country could be one of the main causes of poor connectivity.

© Provided by InterAksyon
Screenshot by Interaksyon


A submarine cable or an undersea cable is a complex system of wires installed either underwater or underground that power the global internet. These wires therefore carry all the world’s tweets, posts, emails and other online content.

One Reddit user cited an interactive map called the Submarine Cable Map that showed the thousands of undersea cable systems.

© Provided by InterAksyon
Screenshot by Interaksyon from Submarine Cable Map


In the map, it could be seen that the Philippines has fewer cable landing stations compared to its neighbors.

© Provided by InterAksyon
Screenshot by Interaksyon from Submarine Cable Map


Submarine Cable Networks said there are 10 international submarine cable systems that land on nine cable stations in different parts of the Philippines.

This will support its shift to digital services such as the 5G, the “Internet of Things,” and artificial intelligence.

PLDT has also previously partnered with Asian American, one of its international cable system. It is a long fiber optic cable network that connects the Philippines to the US.

Last Wednesday, the company advised the public of upcoming emergency maintenance activities for five days starting Friday, September 25. It assured its millions of subscribers that measures are in place to minimize the activity’s impact.

Meanwhile, Globe also recently announced its plans to undertake the “largest network upgrade” where it will install more cell sites to have 4G/LTE using different frequencies to boost the connectivity nationwide.

Fri Sep 25 , 2020
By ANI NEW DELHI: Central Reserve Police Force (CRPF) has issued new guidelines for smartphones and mobile phones stating that smartphones which store and record data are prohibited in “high sensitivity” areas including places designated or accredited for the processing, handling or discussion of classified information in real-time, conference halls and […] 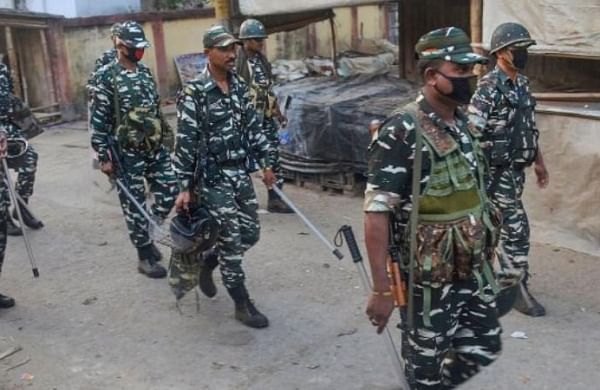