If you’re a sports fan, the current global shutdown forced by the coronavirus pandemic sweeping the world is doubly difficult.

Not only do you have to contend with the stress and anxiety caused by the pandemic, which has killed more than 90,000 people and infected over 1.5 million, but also with the stoppage of almost all live sport to help protect athletes and fans, and to stop the spread of the virus.

All is not lost, however, when it comes to watching sports during the pandemic.

Not only can fans watch the requisite grainy highlights of their favorite stars on YouTube, and a professional H-O-R-S-E tournament featuring some of the NBA’s biggest stars, there are also a plethora of gripping sporting documentaries on online streaming platforms like Netflix, Amazon Prime Video, and even YouTube.

Running the gambit from deep insights into the workings of a struggling lower league English football team, to a look at what makes high school quarterbacks gunning for the NFL tick, all the way to an exploration of the world of elite cheerleading, take a look below at some of Insider’s favorite sports documentaries.

Why: At a glance, Formula One may seem like a pretty straightforward, and not particularly physically taxing sport. The reality could not be any more different. Drivers need to be almost unimaginably fit, supremely strong, having lightning fast reflexes, and nerves of steel.

“Formula One: Drive to Survive” provides a deep look into the world of elite motorsport, showing not just the incredible skill and fitness of the drivers, but also the Machiavellian tactics that pervade the sport. Drivers on the same team are often pitted against one another, while vying for the affections of their emperor-like team bosses.

Featuring characters like the arrogant, often downright unpleasant, team boss Christian Horner, the ultra-driven Lewis Hamilton, and the sport’s joker, Daniel Ricciardo, the documentary is a must-watch for any motorsport fan.

Why: If you thought cheerleading was just about waving pom-poms and occasionally doing a high kick, watch Netflix’s “Cheer” and rethink your opinion. Devastating injuries, fierce competition, and corporate greed loom large in this gripping series.

Featuring cheerleaders from Navarro College in Corsicana, Texas, “Cheer” follows the squad as they prepare for the NCA National Championships under the tutelage of Monica Aldama, a coach so successful that she is known by her athletes as “Queen.”

“The Test: A New Era For Australia’s Team”

Why: Most Americans don’t know much about cricket, but Amazon’s latest original has all the drama, intrigue, redemption, and fierce competitiveness that mark out the best sports documentaries.

The documentary follows the Australian test cricket team on a journey from the lowest moment in the country’s sporting history: ‘Sandpaper-gate’ — when the team was caught ball tampering during a match against South Africa, to the returned of disgraced captain Steve Smith, all the way to the 2019 Ashes against England, the fiercest rivalry in all of cricket.

“The Least Expected Day: Inside the Movistar Team 2019”

Why: In terms of physical demands on the human body, professional cycling is perhaps the toughest, requiring riders to cover hundreds of kilometers per day, often ascending huge mountains and taking on baking heat or torrential rain in the process.

“The Least Expected Day” follows the 2019 season of Movistar, a Spanish team, as it sets its sights on the three biggest races on the cycling calendar — the Grand Tours.

Capturing not only the astonishing physical achievements of riders, but also the human dynamics of a team sport that is simultaneously dominated by individualism, this is a must watch for even the most casual cycling fan.

Why: Focusing on the elite gymnastics programme at the University of California Los Angeles, “The New Era” looks at the school’s team in its first season after the departure of star performer Katelyn Ohashi, who found viral internet fame with her stunningly peppy routines.

Rivalries, friendships, and incredible feats of athleticism permeate this documentary, which explores one of the most grueling mental and physical sports around.

“Sunderland ‘Til I Die”

Why: For a Sunderland fan like this writer, this documentary is an unbelievably tough watch, and even as a neutral it’s pretty painful at times.

“Sunderland ‘Til I Die” encapsulates all the agony, ecstasy, and heartache that comes with supporting a football team through hard times.

Over the course of two seasons, the show follows Sunderland AFC, one of English football’s oldest and most storied teams, as it battles relegation from the Premier League, financial troubles, angry fans, and disillusioned players.

“All or Nothing: NFL”

Why: While there wouldn’t be any live NFL action happening now even without the coronavirus pandemic as it’s the off-season, it’s still fun to be reminded of the intense physicality and sublime skills possessed by American football stars.

Across five seasons, All or Nothing follows a different NFL franchise each season: The Arizona Cardinals, the Los Angeles Rams, the Dallas Cowboys, the Carolina Panthers, and most recently, the Philadelphia Eagles. Each season provides a fascinating insight into the relationships that make the National Football League tick.

“All or Nothing: New Zealand All Blacks”

Why: Part of Amazon’s this documentary focuses on the New Zealand rugby union team, better known as the All Blacks.

Following arguably the most dominant team in any major sport, “All or Nothing: New Zealand All Blacks” follows the team during its 2018 campaign, and explores how a tiny nation of just three million people is able to produce some of the world’s best athletes.

“QB1: Beyond The Lights”

Why: While the majority of sporting documentaries focus on the highest echelons of athletics, “QB1: Beyond the Lights” spotlights those trying to make it there.

Each of the show’s three seasons focuses on three quarterbacks in their senior year at high school as they prepare themselves for playing college football in Division I of the NCAA, hoping ultimately to turn pro and make it in the NFL.

The show provides a unique insight into the challenges facing high school athletes as they juggle growing up, school work, and their sporting careers.

It was directed by Peter Berg, who made classic high school football drama “Friday Night Lights.”

Why: Arguably the greatest football player of all time, Argentina’s Diego Maradona is also one of the sport’s most divisive figures. He is almost as well-known for his problems with substance abuse and ties to organized crime as he is his on field brilliance.

One of numerous recent documentaries about the troubled star, “Maradona in Mexico” is perhaps the most unusual, following his one-season spell as the manager of Dorados de Sinaloa, a Mexican second division team.

The team is based in the city of Culiacán, the traditional stronghold of the Sinaloa cartel, the drug trafficking gang once led by Joaquin ‘El Chapo’ Guzman.

“It was too crazy to be true,” director Angus Macqueen told The Guardian. “Maradona, a coke addict, going to the world capital of cocaine.”

The docu-series, however, provides a fascinating insight into Maradona the man, with the Guardian describing it as a portrait of a “fervent, complex, charming, impassioned, sentimental and endearingly unhinged” star.

“Killer Inside: The Mind of Aaron Hernandez”

Why: “Killer Inside” follows the trial, conviction, and subsequent death by suicide of Aaron Hernandez, a former New England Patriots tight end found guilty of the murder of Odin Lloyd, a former friend.

The documentary explores not only his conviction, but also his younger life, NFL career, his acquittal in another murder case, and the posthumous discovery that he suffered from chronic traumatic encephalopathy, a brain condition caused by repeated head trauma.

A harrowing but fascinating watch.

Why: Nowhere are sports fans more passionate and intense than in South America, and some of the most passionate support Boca Juniors, Argentina’s biggest and most storied football team.

“Boca Juniors Confidential” tracks the side through the course of a season as it attempts to win Argentina’s elite football league, the Superliga.

Why: Cristiano Ronaldo is one of the two best footballers on the planet right now, and is among the greatest players ever to play the game.

This intimate portrait of the Portuguese star tells his life story through home videos, interviews with Ronaldo himself and family members, and contemporary footage of his daily life.

Released in 2015, it does not include his troubled final years at Real Madrid, or his subsequent move to Juventus, but it is still a compelling look at the mind of an elite athlete.

The documentary was executive produced by Asif Kapadia, who also made the stunning “Senna” — which focused on the life and death of Ayrton Senna, the greatest Formula One driver in history.

Why: One of football’s best recruiting grounds is a place you’ve never heard of,” runs the tag-line of “Last Chance U,” a documentary focusing on East Mississippi Community College, a small school in Mississippi known for taking in former star athletes.

Many of the athletes have personal problems and are looking to rebuild their sporting careers and return to NCAA Division I.

If you love redemption stories, this is the documentary for you.

Where: ESPN and Netflix from April 19

Why: Probably the most anticipated sports documentary of recent years, the Last Dance” focuses on the life and career of Michael Jordan, the greatest player in the history of the NBA, and arguably the most iconic sporting figure in history.

The documentary will feature interviews with virtually every important figure in Jordan’s career, from his mother, to former teammates, to musicians and stars like Justin Timberlake. With 10 episodes to watch from April 19, this is set to be the documentary of the year.

Thu Jun 18 , 2020
Andrew Tyrie Andrew Tyrie, the former Conservative MP who led the Treasury Select Committee, has resigned in frustration as chairman of the Competition and Markets Authority. He took up the role in June 2018 but said the job was restricting his attempts to reform the financial system. Lord Tyrie said […] 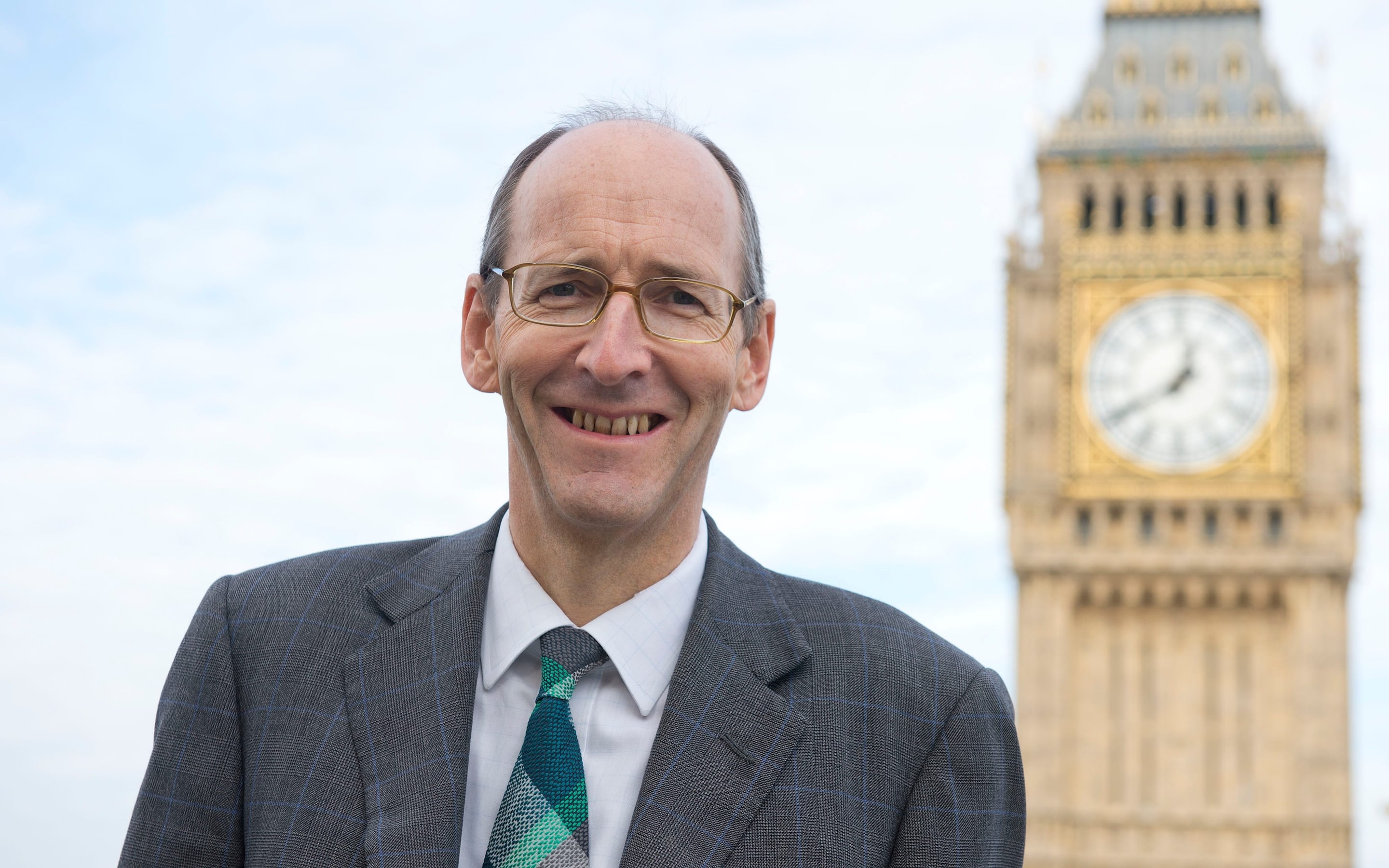