© Postmedia photo illustration As of 2018, Statistics Canada says, 88 per cent of Canadians 15 years of age or over had a smartphone. How long do you suppose it will be before the prime minister descends the steps of Rideau Cottage and announces the federal government will be providing […]


© Postmedia photo illustration
As of 2018, Statistics Canada says, 88 per cent of Canadians 15 years of age or over had a smartphone.

How long do you suppose it will be before the prime minister descends the steps of Rideau Cottage and announces the federal government will be providing a new smartphone to every Canadian who doesn’t own one that’s less than five years old? (“We have your back pocket.”) This would be to repair the now clearly outrageous unfairness of his earlier announcement that the government is providing a free COVID-tracing app that will allow Canadians to discover whether they’ve spent dangerous lengths of time within infection range of an app user who has tested positive for COVID-19.

Being free, voluntary and decentralized, the new app seemed like a good idea at the time but it was immediately and roundly denounced for the flaw that it only works on Apple or Android phones that are less than five years old. The government thus seemed content to condemn Canadians with old or no smartphones to the untender mercies of the SARS-CoV-2 virus, which is closing in on kill rates higher than the Second World War naval mines it so weirdly resembles.

To repair such an error, what recourse does a compassionate, inclusive government have but to provide a complimentary smartphone to any Canadian who doesn’t have one? And because doing so would discriminate against Canadians who have already bought their own smartphone, using their own money, the offer probably has to be widened, or some form of fiscal phone compensation paid, to all Canadians.

As of 2018, Statistics Canada says , 88 per cent of Canadians 15 years of age or over had a smartphone. (This telephone poll didn’t report how many had walked into telephone poles or streetlights or stop signs while consulting their smartphone when out and about. The phones may be smart, the owners sometimes not so much.)

StatsCan doesn’t actually say how many Canadians had smartphones more than five years old. It does say smartphone ownership is all but complete among 15-24 year olds — at 98 per cent. Pity the poor two per cent who aren’t thus wired — though perhaps they engage in the archaic pastimes of reading books or thinking uninterruptedly and so will become their generation’s novelists or philosophers.

By the end of last year only 60 per cent of us over-65s owned a smartphone. Providing a free app that could help save the lives of 98 per cent of young people but only 60 per cent of the older folk for whom the virus is most lethal was almost as ham-handed as sole-sourcing a billion-dollar volunteering program to your mother’s patrons.

Because Apple has half of Canadian smartphone sales, the government’s obvious recourse, however much the industry ministry might prefer to develop a Canadian smartphone, is to give away iPhones. With echoes of the Great Depression sounding everywhere, free iPhones for all brings to mind U.S. President Herbert Hoover’s “a chicken in every pot.”

A couple of things about that: First, Hoover never actually said it. In the 1928 presidential election campaign, one local Republican committee put out an ad about how the good times of the 1920s had put a chicken in every pot and a car in every backyard. “Every” wasn’t quite true. I can’t find chicken data but only 60 per cent of American families owned a car at the end of the ’20s, though that was up impressively from 30 per cent at their start.

More importantly, the Republicans weren’t actually promising that the federal government itself would put a chicken in every American’s pot or a car in every American’s backyard. Rather, they claimed their careful stewardship of the economy — which mainly involved letting people get on with it — had produced good times, which had brought accelerated consumption of chickens and cars. (The chicken/pot promise actually dates back to Henry IV of France (1553-1610), who said he hoped French families could have a chicken in their pot every Sunday — though it presumably would have to last the week.)

Now, however, thanks to the Great Depression, the New Deal and the tradition of all-providing government they produced, when a politician says he wishes something for his people we all take that to mean said item will be Fed-Exed to us the very next day, courtesy of whichever level of government the politician leads. This may be progressive but it is not progress.

The contact tracing app seems like it will be a good thing for those Canadians who choose to use it and have the means, i.e., the phone and connection, to do so. We have a principle of fairness in economics called the “Pareto principle,” after the Italian economist and sociologist Vilfredo Pareto ( 1848-1923 ), who elaborated its implications. The Pareto principle says that a change that makes at least one person better off and no one worse off constitutes a social improvement — which seems pretty reasonable when you think about it. The free COVID-19 app will make lots of Canadians better off and none worse off. But because it may not be possible to deliver it to absolutely everyone some people evidently feel it should be delivered to no one.

We think of ourselves as a kind and generous people. But so often our driving force is envy.

Mon Aug 10 , 2020
This week’s reader question concerns backing up an iPhone without using a computer. “I know I need to update the iOS software, but I’m afraid I might lose my saved information if there are any glitches. I have an iCloud account and routinely back up my data. But, being technologically […] 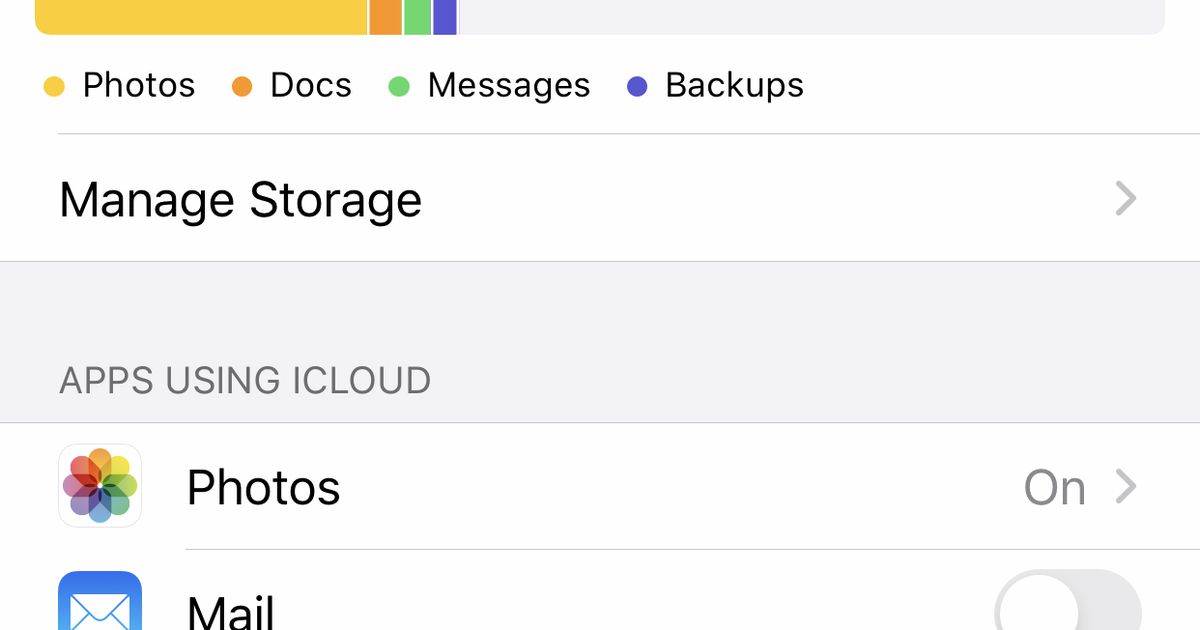